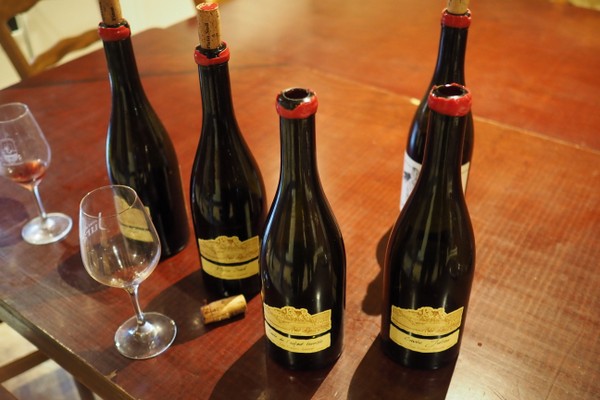 We arrived in the small hamlet of La Combe. It was definitely the right place, but now it was time to find out exactly where we were supposed to go. I knew this would be tricky, and it was. There were lots of doors, but nowhere obvious to knock.

This is it! Ganevat

Visiting Domaine Jean-François Ganevat was as much as an act of pilgrimage as I was likely to get in the wine world. I’ve very much enjoyed the wines, and they’ve become significantly emotionally too, because of where and when I’ve drunk them. And they now have celebrity status in the natural wine camp. 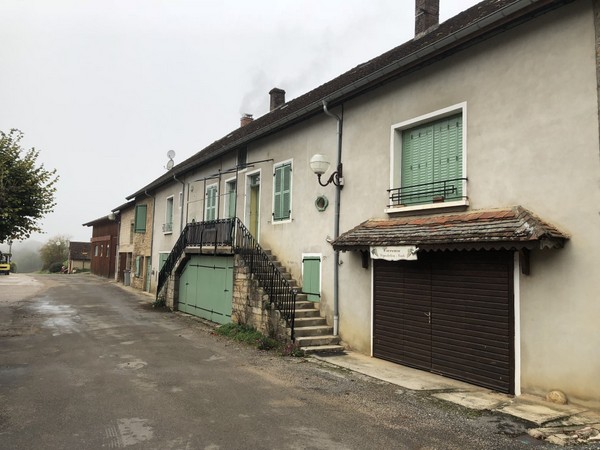 The Ganevat family have their roots in Jura. Until 1976 they raised cows as well as growing vines, but since then all the attention has been on the vineyard and cellar. Jean-François, who has built the fame of the domaine, began working alongside his father and then went to wine school, followed by a spell working with Domaine Marc Morey in Burgundy.

Nine years after he left he returned to the family estate in 1998, and has run it since. He’s built the vineyard holdings up to 13 hectares  and farming is biodynamic. The largest plot is Les Chalasses (4 ha), followed by Les Grands Teppes (2 ha) and Grusse en Billat (1.8 ha). But as well as drawing on the domaine vineyards, he also makes a range of negociant bottlings that are Vin de France, and which commonly blend together wines from different regions.

The winemaking is pretty natural, and no sulfur dioxide has been used during vinification since 2006, with just small additions to Florine and Les Billats at bottling. The whites spend a long time on lees and are aged for extended periods in barrel and amphora. Typically, more than 30 cuvées are released each vintage. 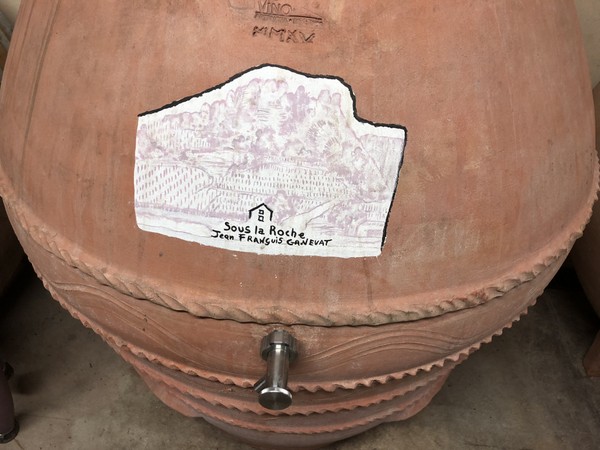 We had a 2 pm appointment with Anne Ganevat, who’s the sister of Jean-François (he’s away at La Paulee de Meursault the day we visit). So not knowing where to knock, I call her. I hear the phone ring and we have a brief conversation in my bad French: she’d already warned me that she didn’t like to speak English. Five minutes, I’ll be down. As we wait, a car draws up and three young dudes (Italian? German?) draw up and ask if this is Ganevat. They have an appointment at 2, too.

Anne comes down and takes us through to the main cellar, where the negociant wines are kept. 2017 was a disaster in the Jura because of frost, and Ganevat was hit hard. ‘95% of the vines were lost,’ she says. ‘A catastrophe.’ As a result, they’ve made more negociant wines, spreading the net far and wide. We taste from large barrel and tank. There’s a blend of Grenache and Gamay: natural, funky and fresh. Then a Macon Gamay that’s supple and elegant, followed by an Alsace Riesling with good acidity and focus. Pinot Gris follows, with 10-days’ maceration, with good grip and structure. 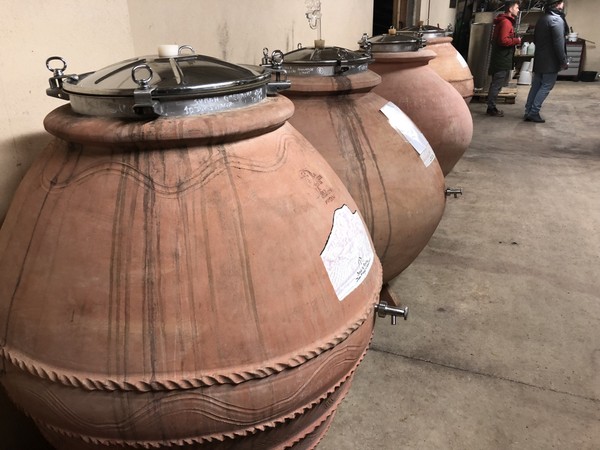 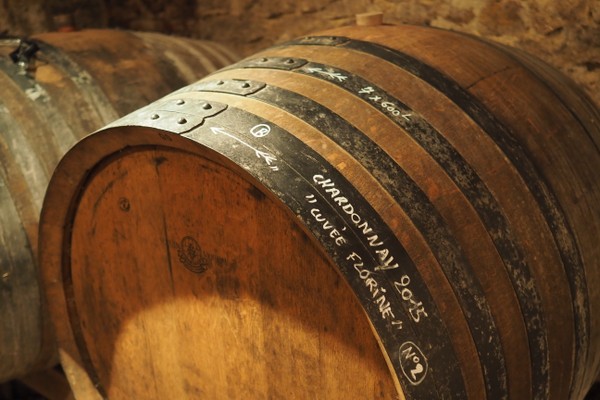 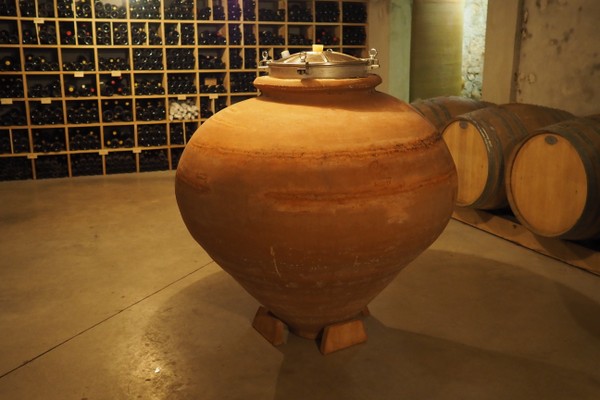 But the real fun starts when we cross the road. In a series of adjoining houses, Ganevat has several small cellars where the domaine wines are in barrel and amphora. The 2015 vintage is looking very exciting indeed, and the few 2016s we tried were also lovely. These are my notes.

Cuvée Marguerite Chardonnay 2015
This comes from vines planted in greay marl in 1902, and it’s only bottled in magnum. Lovely fine lemony aromatics. So mineral, pure and intense with great acidity. Very fine.

Les Chalasses Vieilles Vignes Chardonnay 2015
These vines were planted in 1912. Slight appley edge to the lemony nose. Intense with a salty, mineral edge to the lemony fruit. There’s a hint of fino sherry here with lovely acid and minerality. 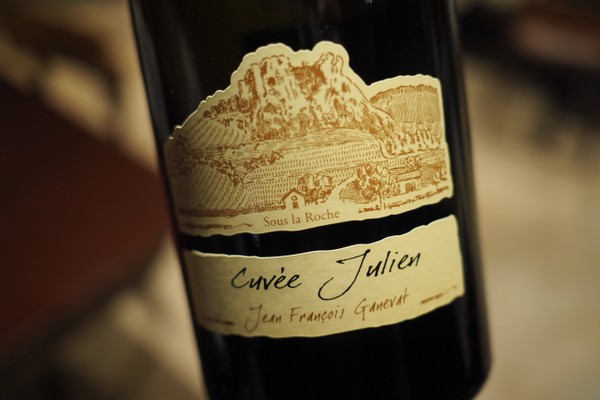 Ganevat De Toute Beaute Vin de France 2016
This is Gamay from Fleurie and Pinot from Jura. Vivid, fresh, spicy and reductive with lovely cherry and raspberry fruit. Tangy and bright with lovely intensity. Juicy and fresh. 92/100

Ganevat Pinot Noir En Billat 2016 Jura, France
From schist soils. Fragrant and aromatic with supple sweet cherries and a hint of earthiness, as well as nice texture and purity. Silky and fine with real prettiness. This has some depth. 93/100

Ganevat Vin Jaune 2007 Jura, France
Savagnin aged under flor. Spicy and intense with exotic nutty notes, hints of raisins and even curry spice. So complex and fine with amazing depth and length. 96/100 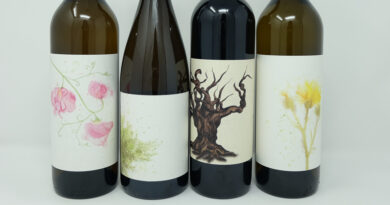 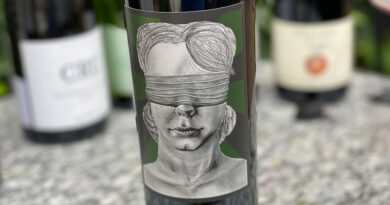 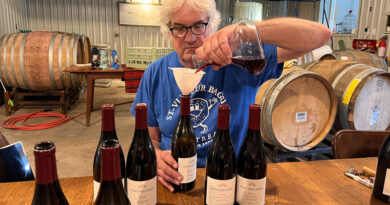