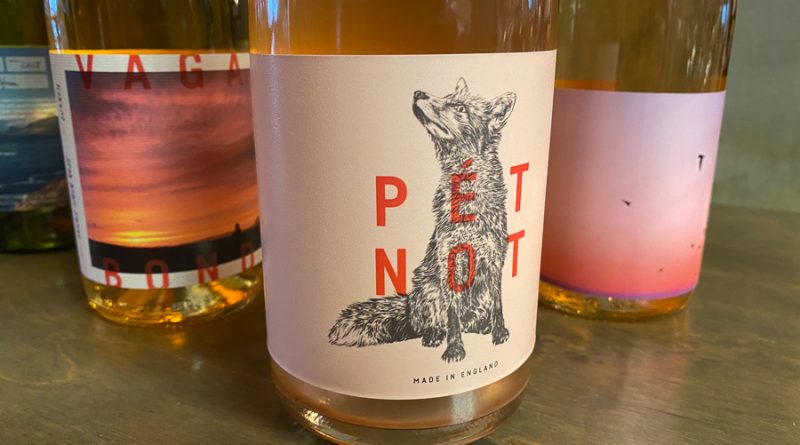 Gavin Monery is an Australian winemaker who’s made a name for himself for making stylish wines from urban wineries in London. He started out at London Cru in SWG, a winery that was associated with Roberson Wine. I visited as they received their first grapes from various parts of France in 2013 here.

And I followed their progress. After four vintages (last one in 2016), Gavin decided it was a good time to move on, and he found out that Steven Finch of Vagabond wanted to start a winery in Battersea.

Vagabond is a series of wine bars that started as just a single wine store back in 2010. Finch took over a little shop and put some sampling machines in. ‘So many people are scared of wine,’ says Monery, ‘so they don’t take the risks they probably should. They order the Rioja the Malbec or the Chablis because that’s what they know.’ Finch wanted to create a place where people could taste risk free. The sampling machines achieve this. ‘Because of that it allows us to have an eclectic selection of wines that we wouldn’t be able to do with a paper list.’

Here’s an interview with Gavin:

By the time Monery joined they had five sites. His job was to implement a winery like a microbrewery in the new Battersea Power Station development area.

It’s a very small winery, and over harvest there was an event with 150 people while he was busy pressing, which creates its own pressures. ‘It’s only a ton a time in the press, so it’s a long harvest day,’ says Monery.

The first vintage here was in 2017, and the difference here is that it’s only English wines that are made in the winery. ‘People want a sense of place,’ says Monery. But he’s also doing collaboration own-label wines with other wineries. There are two Vagabond wines from South Africa and some collaboration wines such as a Malbec with Susana Balbo and a Rioja from CVNE.

Production is 25 000 bottles of English wine.

‘England is one of the hardest places in the world to make good quality still wines,’ says Monery. ‘There’s nothing to hide behind. You have slightly underripe wines with low alcohol, and the challenge is to build up those wines.’ He’s done a great job.

‘I don’t like tanks on ullage,’ says Monery. ‘Even if it has CO2 religiously, after a couple of months they just taste different.’ With small quantities he has a problem dealing with this but he doesn’t like Variable Capacity (VC) tanks. ‘The problem with these they don’t account for temperature changes. And the rubber seals break and bust. I’ve cleaned those tanks and when you undo the rubber seals the skank that’s around them…’

Vagabond Bacchus 2018
11.5% alcohol. This comes from Yew Tree Vineyards in Oxford. Gavin’s first Bacchus was in 2014. It is an aromatic variety, and it’s more terpene based not thiols. Enzymes, cultured yeast, but no fining because the aroma is delicate. Oxidation is an issue with Bacchus so he keeps the big 3000 lite tank full to the brim all year. This has some skin contact: crushed and destemmed with some maceration in the press. This is really aromatic with bright citrus notes and some lovely floral hedgerow and elderflower notes. Crisp but with a bit of generosity on the palate. This is really floral. 89/100

Vagabond Bacchus 2019 (tank sample)
This is bright and linear with lovely citrus notes. Some grapefruit and nice green tinged elderflower and herb notes. Delicate and precise with a nice linear personality. Vibrant and quite joyful. 88/100

Vagabond Ortega 2018
Yew Tree Vineyard. This has a bit more weight and texture. Whole bunch pressed, settled overnight, then fermented in barrel. After primary ferment it went to tank with all the lees. Stayed on gross lees for another six months. This is fleshy and quite textural with some green herby notes as well as a hint of cream and subtle toast. 87/100

Vagabond Ortega 2019
Whole bunch pressed, no enzymes, high solids, barrel ferment, 9 months on gross lees. Nicely aromatic with lovely pear and peach notes as well as a touch of vanilla and cedar from the oak, although it is in the backround. The palate is spicy and expressive with nice flesh. There’s definitely some barrel here but it works well. 89/100

I also tried a barrel sample of an Ortega from 2018 on skins, which has now been on the skins for 18 months. It’s powerful with lovely tannic structure and amazing complexity. Spice, tea and marmalade with some tangerine brightness. Dry but seductive.

Vagabond Chardonnay 2018
Comes in at 10.5/11% alcohol, chaptalized to 12%, done late in the fermentation phase. From a chalk site on the Hogsback in Surrey. A steep, south facing chalk slope with just a foot of top soil. Full malolactic, used oak (he buys second fill Chardonnay barrels from Burgundy). This is linear, mineral and precise with a slight saltiness and nice acidity. There’s a touch of lemon and toast with nuttiness. This is is pretty stylish with nice depth. 88/100

Vagabond Chardonnay 2019 (barrel sample)
This is from Essex. Lovely precision here with some spicy hints and lovely direct pear and citrus fruit with a touch of peach. This shows lovely depth to the fruit. There’s some generosity and texture. Lovely stuff. 90/100

‘I want to make a rosé that wine geeks like,’ says Gavin. ‘The wine geek in me cringes often when people order rosé. I want to make something interesting, that’s actually a proper wine.’ The rosés are 50% barrel fermented. The tank component is conventional, while the barrels are funky dirty ferments.

Vagabond Rosé 2017
From Surrey. 100% Pinot Noir. This is taut and grassy with a hint of rhubarb and nice citrus and mandarin notes adding interest. Lovely fruit here, with a touch of green. Nice character to the wine. 87/100

Vagabond Rosé 2018
This is from Surrey. 100% Pinot Noir. Nice green hints with some cherry and raspberry, as well as a twist of green. There’s a slight creaminess to this. Juicy edge with a nice lemony finish. Good acidity. 88/100

Vagabond Rosé 2019 (tank sample)
Pinot Noir from Essex. Tank component with some barrel in it, but there are two more to add. Bright, expressive and citrussy with nice precision and very pretty mandarin and red cherry and lemon fruit.

Vagabond Pét Not Pinot Noir 2018
Finish the primary ferment, cold settle it. Rack it, chaptalize it, get the ferment started and then bottle it. They there’s no need to disgorge it. This is lively and expressive with a slight yeasty, beer-like note as well as bright pear and cherry fruit. Has a lovely volume in the mouth with a nice savoury finish and a touch of cream. 88/100

‘12% of the wines sold in the UK are sparkling,’ says Gavin, ‘but over £30 is just 2% of the market. All the big companies are pouring millions in to a small sector of the market. The future for English sparkling could be in these cheaper, fun labels. The top guys are doing some seriously good stuff but there is a lot of room below that.’

Vagabond Frauburgunder 2019
From the Sussex/Surrey border. Destemmed but not crushed. 6 days with a punchdown each day in a 1 ton macrobin then pressed to barrel to finish ferment. This ripens three of four weeks before Pinot Noir. This is lovely with sweet cherries and some nice meaty hints. It’s quite textured with lovely berry notes, and a slight hint of green adding interest. Lovely seductive fruit. So drinkable. 90/100

These wines are made with a buddy there who manages a winery. They worked together in 2009 in Burgundy.

Vagabond Chenin Blanc 2018 Walker Bay, South Africa
Barrel fermented with dirty juice, no malolactic. Supple and bright with nice acidity. Has apples and lemons, with a touch of pear. Has some citrus peel. Nice brightness on the finish. Clean and quite pure. 89/100 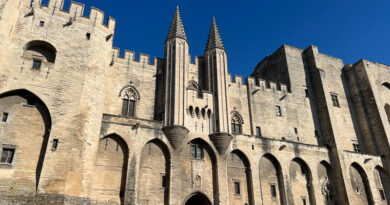 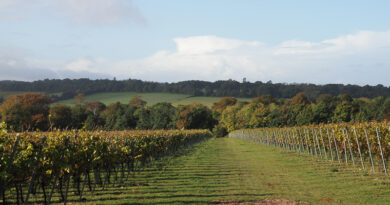