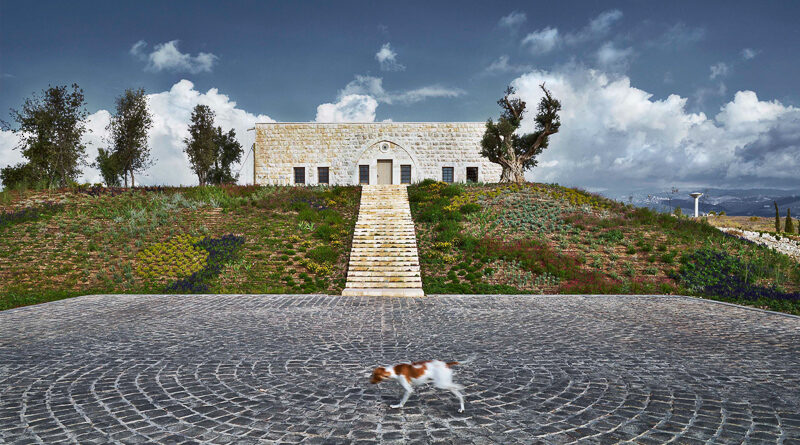 Lebanon is a country with a long history of wine production, but – as with many countries in the middle east – this historical continuity was broken by a long period of Islamic governance. Here in the UK, the only winery with any prominence was Château Musar, with its distinctive, ageworthy wines. But of late, there have been an increasing number of Lebanese wineries selling to the UK. And one of this group, Ixsir, is shining as the new star on the Lebanese wine scene. To find out more about their story, I tasted some wines and chatted via Zoom with president Étienne Debbané, and chief winemaker Gabi Rivero.

Étienne is an agronomist and has a masters degree from Reading University in the UK. ‘All my life has been in agriculture,’ he says. ‘My father was a farmer, and we were involved in a lot of agricultural production.’ They grew bananas and citrus, table grapes and strawberries, and tomatoes among other things. Ever since he graduated, though, wine has been his passion. His first job in France was for agrochemical company Beyer, and he was a project manager for launching a new fungicide for grapes. He took the opportunity to travel across France trying to learn everything he could about wine.

Gabi, the winemaker and technical manager, studied enology in Spain and France, and worked for a decade with Sociando Mallet in Bordeaux. Then he came to Lebanon and spent seven years with Kafraya (the second largest winery in the country), and then moved to Ribera del Duero for three years. Etienne met him a couple of times in Bordeaux and convinced him to come back to Lebanon to do a joint project. ‘We thought that Lebanon had a great potential, and there was another expression of Lebanese wine we could make that wasn’t necessarily there.’ Together with a third friend, Hady Kahale, who is no longer involved, they created the nucleus of Ixsir back in 2006.

At that time they were producing grapes but weren’t making any wine. ‘I brought a team in from France,’ says Étienne. ‘One a soil specialist, one an agronomist and one a viticulturist.’ They surveyed all the current vineyard areas in Lebanon, as well as those that historically grew grapes, areas called Kurum in arabic.

‘We were under Ottoman occupation for 400 years, and this decimated all the grapes that could make anything that looked like alcohol,’ he says. ‘This is how our native varieties almost all disappeared, and the production of alcohol disappeared.’ The company was formed in 2007 and they went to the bank to present their project. ‘The bank said, look, there’s another party very interested to do a similar project. He believes in Lebanon, in the potential of making good wine, and that wine could be a noble project that Lebanon could export.’

So this is how they met their partner, Carlos Ghosn. Etienne adds, ‘he is very famous now.’ [See this story from the BBC.]  ‘He has been a very passionate and supporter of our company, although he was very shy saying it because of his position. I’m proud to have him with us. He’s a fantastic businessman.’

‘We have 5000 years’ tradition of winemaking: this is important but it is not everything,’ says Étienne. ‘What we have tried to do is revive these old terroirs that were known in the past as Kurum.’ They located them with the French consultants they work with. One of  them is Xavier Choné, the well known terroir expert, who was introduced to Ixsir by the late Denis Dubourdieu. In an attempt to express the different terroirs they work with they make eight different wines, three reds and three rosés. ‘Each has its own identity: we don’t have a first wine or a second wine.’

The vineyards in Lebanon rely on winter rains, because the summers are dry. Calcareous soils are everywhere, mixed with clay. The white grapes are grown at 1200 m in pure calcareous soils. ‘Lebanon is two chains of mountains of limestone origin,’ says Gabi. ‘With time, these have eroded, and the limestone has dropped to the slopes and the valleys and has mixed with the clay that was present there.’ He explains that in these mountains you find different mixes of the various types of calcareous soils, and this is exceptional. ‘In a very small country you find a diversity of terroirs that are very different.’

The highest mountain is 3600 m. The vineyards of Ixsir are from 400-1800 m, so as well as different soils, the climate differs by altitude. They have 20 hectares at the highest altitude, 1800 m, which are the highest vineyards in the northern Hemisphere. Up this high, they can have frosts up until May 10th, and snowfall in winter is heavy. Hail can also be a problem. Harvest is 50 days later than the vineyards at 400 m: this also means that during vintage, harvest is stretched out 50 days, which reduces the size of the team needed for hand picking. Some of their vineyards were already planted, and some are new plantings. They have contracts like the French fermage, which is a long-term lease of the entire vineyard.

‘The Lebanese farmers are very knowledgable about viticulture,’ says Gabi, ‘and the grapes we took were already in good condition. At the same time they are happy to work with us, because while we reduce their yields, they make more money: we want quality, not volume.’ The growers were paid by the kilo before.

Above 1200 m the vines are gobelet (bush vines) and the density is about 3000 vines/ha. Further down, the newer-planted vines are trellised and at higher density, up to 7700 plants/hectare. There are a variety of terroirs. ‘There is no rule,’ says Gabi. ‘We do the best we can, making use of our knowledge.’

90% of the land has no water for irrigation. The rains occur between September and April, and the average is a healthy 900 mm per year. On the vineyards that do have irrigation, they use it just for young vines (the first two years) and the odd very hot spell where there is blockage of maturity, and the vines shut down.

‘2010 were the toughest weather conditions with very hot winds,’ says Gabi. ‘This was two to three weeks before harvest and they lost 30-40% of the juice. It was a tough time. The grapes they weren’t able to irrigate were affected by the heat. Now they use a pressure chamber to check the water status of the vine.

Most of the farming is organic: they don’t use chemical fertilizers or herbicides. They have no downy mildew and just some powdery mildew, and very few insects. If they have cicadelle they might use one insecticide spray but usually two or three times they will spray with sulfur and maybe a copper spray, which are permitted in organics. ‘We have the luxury of not having to spray much,’ says Étienne, ‘and because we have not rain at harvest time we have the luxury of choosing the day and hour to pick, when we are satisfied with the ripeness.’

Which varieties do best here? ‘Because we have this diversity of climates and altitudes, we have a range of varieties,’ says Gaby. Hubert de Bouard of Angelus has been a consultant since the beginning. ‘In 1999 we started thinking about what wines could be made in Lebanon and which varieties to use,’ adds Etienne. Denis Dubourdieu also joined in the discussion. They ended up planting 15 different varieties. ‘Our two basic varieties are Syrah and Cabernet for the reds, and Obadieh, Viognier and Muscat for the whites,’ says Etienne. They also have Caladoc, Mouvedre, Cinsault and others. They are currently trialling some old Lebanese varieties and some other international ones. ‘The challenge is preserving freshness and elegance when you have a lot of sun,’ he says. ‘Most of the work we do in the vineyards is how best to control the grapes so we don’t get a high degree of alcohol and these massive wines that often happen in hot climates.’

Production is 600 000 bottles slit over eight wines. They hope to reach 700-800 000 bottles a year when the new plantations are online. But they don’t want to be the biggest.

Sustainability is important, and they are keen to lower their carbon footprint. The cellar is underground and so uses very little energy. They create their own electricity from photovoltaic cells. They pick into refrigerated trucks, because the furthest vineyard from the winery is 2 h, and it is still warm when they harvest. Everything is done by gravity in the winery. They have skylights that give them natural light 12 m underground, so they can work using very little energy.

Ixsir ‘El’ White 2018 Lebanon
14% alcohol. This is a bland of Viognier and Chardonnay. This is richly textured and shows pure white peach and pear fruit, with good balance. It’s ripe and fruity, but also fresh and shows some intrigue. It would be hard to place tasted blind, but it’s polished and appealing, and tastes quite luxurious. Very stylish. 90/100

Ixsir Grande Reserve Red 2012 Lebanon
13.5% alcohol. 60% Syrah, 40% Cabernet Sauvignon, maturation in oak, 60% new. This has a lovely floral, aromatic nose with some green hints and sweet berry and cherry fruit. The palate is sleek and ripe with smoothly textured berry fruits, a hint of chalkiness and nice smooth structure, finishing with a touch of fine greenness. Very drinkable, with ripeness but also some old world sensibility. The oak is really well integrated. 90/100

Ixsir ‘El’ Red 2014 Lebanon
14% alcohol. From three vineyards at 1200, 1400 and 1800 m, this is a blend of 45% Syrah, 45% Cabernet Sauvignon and 10% Merlot, aged for two years in French oak barrels (half new). Soils are clay/limestone. This is a brooding, dense wine in quite an old world style, with a savoury gravelly edge to the blackcurrant fruit on the nose, and lovely intensity on the palate. This has firm structure with real tannic grip, and it reminds me of top Bordeaux more than anything else: I’m tasting the Bordeaux varieties more than the Syrah. A classic vin de garde, but with some ripeness as well as structure. Could age very nicely. 93/100

Ixsir ‘El’ Red 2015 Lebanon
15% alcohol. Syrah, Cabernet Sauvignon and Merlot. Really inviting nose with some floral cherries as well as blackberry and blackcurrant. This is nicely structured, but there’s also some richness to the fruit. There’s some Syrah pepperiness, but also dense blackcurrant fruit. It’s more new world in style than the 2014, but it also has lovely structure and depth. Carries its alcohol well, but it does add a bit of warmth. 93/100 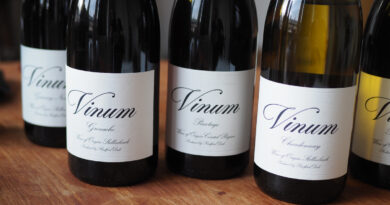 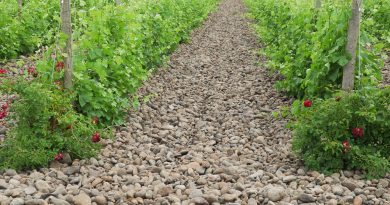 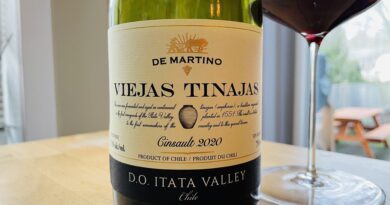