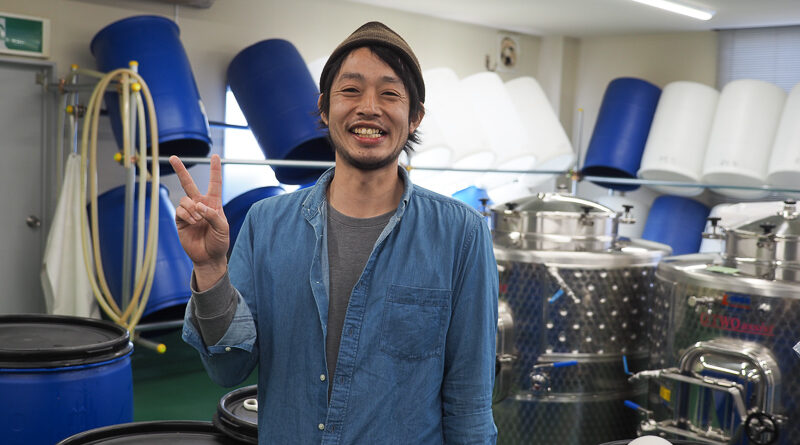 Go Shioze and Sho Saito are the people behind Le Milieu winery in Nagano. Go had worked at Swiss Mura winery since 2008, and in 2016 he started to grow grapes on the same slopes as Azumina Ikeda, in a place called Tennoubara. He met Sho in 2017, who was a sommelier, and like Go, Sho had also decided to grow some vines. So they decided to start a winery together, and Go left Swiss Mura in 2018 to start this project.

In a previous life, Go had been a diving instructor in Okinawa, and he thought with the winery it would be good to have a close relationship with customers for direct sales. He’s now 32 years old, and sees part of his mission to be promoting wine to younger drinkers. He’d like Le Milieu to be a gateway in for younger drinkers.

In terms of grape varieties, Merlot, Chardonnay and Sauvignon Blanc are important because they are so well known here. He’s also a fan of Ryugan, which he describes as the the equivalent of Yamanashi Koshu for this region.

Production levels are 12 000 bottles a year.

Le Milieu Polaris Sauvignon Blanc 2019 Nagano, Japan
They have to pick this early because of animal pressure in the vineyard. 10 g/l TA. Juicy and bright with a green herby edge to the crisp citrus fruit. Crisp and linear with good acidity. Nice green hints with a twist of anise. A very bright style that’s on the lean side. 85/100

Le Milieu Polaris Chardonnay 2019 Nagano, Japan
Lots of tartrate deposits in the bottle. Go thinks that having tartrates in the bottle is a chance to have a conversation with the customer. Unoaked. Tight, crisp and focused with nice pear and citrus fruit. Has a juicy lemony quality, but also a slight fruit sweetness and roundness on the midpalate. Stony and linear, with good purity of fruit. 87/100 (Y2700, 700 bottles made)

Le Milieu Ryugan 2019 Nagano, Japan
Very bright and tart with an apple character and some crisp citrus fruit. This is lean and herby and quite dry. Distinctive with some oxidative hints. It’s refreshing, but a bit unusual. 84/100

Le Milieu Ryugan Skin Maceration 2019 Nagano, Japan
Nice bright light pink colour. Taut and crisp with nice bright lemony fruit and a touch of cherry. It has a musty rot character in the background, which is a shame. I think skin maceration is a good idea for this variety. 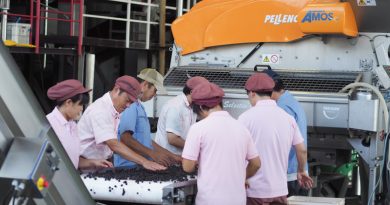 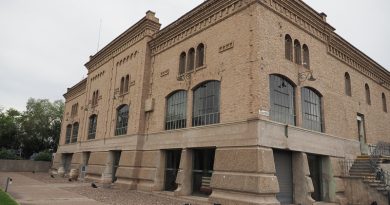