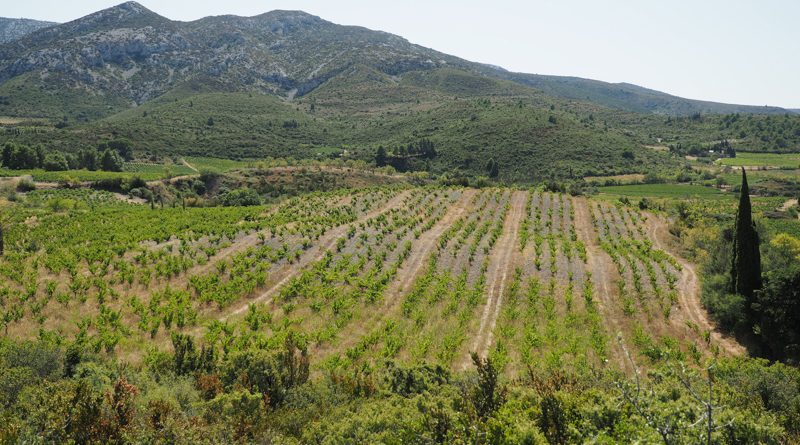 A parcel-based approach and organic farming marks out this small 11 hectare domaine in the beautiful high Corbières, deep in the South of France

My Languedoc journey begins in the very south of the region, in the border of the Languedoc and the Roussillon. Here are the rugged hills of the High Corbières, and I’m in the vineyards surrounding the village of Fraissé des Corbières. This is where Jon and Elizabeth Bowen have made their home, creating an 11 hectare domaine with vineyards talking in a range of terroirs: Domaine Sainte Croix.

‘There’s something special about this immediate area,’ says Jon, as we stand in a block of old vines on a simmering August day. ‘This is the Basin de Durban, so it’s a zone where you have to either go over something or through something to get into it.’ The Corbières is a hard region to get your head around, because it is big. ‘There’s a lot of area and there’s a lot of geological diversity, given that particularly this bottom bit is the crumple zone for the Pyrenees,’ says Jon. ‘Things change vertically, frequently.’ But this patchwork of terroirs is a valuable resource for serious vignerons. ‘The biggest problem with the Corbieres is its size and its history,’ adds Jon. ‘It is still an appellation dominated by the negoces and the cooperatives, even though this is way less than 20 years ago.’

I asked Jon how he came to be here. ‘We’ve been in the area 22 years, and here for 16 years,’ he says. ‘I was one of the first Plumpton students and left there in 1998. I came down to Montpellier and spent the first six years there. Here we are an hour and a half further south, and everything is different. The land is different and even the way people think is different. This has always been a buffer zone between the Languedoc and the Roussillon; between France and the kingdom of Aragon. It has often been a zone of conflict. This gives it a different flavour, particularly compared with a lot of the Languedoc Roussillon.’

‘Right from the beginning we set out to make vines that have an address. When you start working for yourself you have to have a pretty good reason because it is a lot of hassle. It is a lot easier to be a chef du cave and have your weekends, and money that comes in when it’s supposed to. We set up on our own to have a clear aim of expressing the terroirs.’

We discuss the 2019 growing season, standing in his single biggest block of vines. It’s a year known for its heatwaves, but the ripening has actually been very slow. ‘The season started off cold up until the end of May, and then all of a sudden summer turned up the volume and we went from 15 C to 40-45 C. The two things together have meant a late veraison.’

Soils around here are largely based on limestone. ‘There are two lines of limestone that go east/west and then another which separates us from the sea which goes north/south,’ explains Jon. ‘They are not exactly the same: one is Jurassic and the other is Triassic, but in vineyard terms they are relatively similar in terms of pH, and what it does to the vines. From the middle distance, you go into the schist that is associated with the inner Fitou.’

In the middle distance, in his neighbouring vineyard, there are blue streaks with low vigour. ‘The blue parcels we can see are known as peridotites, and they are volcanic extrusions. They are pressure-release valves for when the Pyrenees were formed, and you find them all along here. It is weaknesses in the rock which allowed the volcanic material to come through. It is an ultrabasic soil so the availability of nutrients is fairly complicated. It is more of a textural difference in the wine rather than aromatics.’

Farming here is organic, certified by Ecocert. ‘It’s not for any marketing reason: it’s just the continuation of how we think.’

Any viticultural challenges? ‘Less than elsewhere,’ says Jon. ‘It is hot and dry. We are planted large, so there’s a lot of airflow between the vines. We have a lot of wind, which dries out any humidity.’ For weed control, half of the vineyard is ploughed. ‘There are some parcels we sow, peas or beans or vetch. The soils are all different, so we try to make our approach parcel-specific.’ The problem weed is fennel, which takes up a lot of water. ‘There are a lot of natural leguminous plants which we try to leave, and there’s no competition, and they enrich the vines, and don’t grow particularly tall. It’s a matter of understanding what we have and adapting it.’

The philosophy here is all about expressing the vineyard. ‘I tend to have a Burgundian mindset,’ Jon explains. ‘I do a lot of single-parcel vinifications where the only thing that is changing is the soil. With the exception of Picpoul and Clairette, all southern appellations have to be blends. If you are trying to understand the terroir you are working with, the more factors there are the harder it is to get to an understanding as to what this or that terroir really means. I’m trying to create a bank of experience that has been done for centuries in other regions but has never been done here.’

‘For me, the interesting thing is finding a link between a piece of land and its flavours. This is what has always fired me up, as a winemaker and a consumer.’

We look at a parcel of Grenache, planted relatively recently in 1996. And also a Carignan parcel planted in 1905. Saint Croix  has 6 hectares of of Carignan, 3.5 of which are centenarian. ‘It is a luxury to be able to work with that,’ says Jon.

The heat was problematic this year. ‘Because it got so, so hot, it has been a particular year in terms of weed control and trimming the vines. The advantage with Gobelet Gobelet Languedocien is that it gives great shelter. There was a corner of the vineyard that was a heat trap and it got up to 45/46 C, and the leaves just disappeared like someone passed a blow torch over it. As soon as we saw that we decided not to do any more trimming or weed control.

Production is around 30 000 bottles per year from Sainte Croix’ 11 hectares of vines. One thing that has changed is picking dates. ‘Now we harvest way earlier than we used to,’ says Jon. ‘And we haven’t lost any of the power or the balance. For La Serre we are at 12.8. It’s tighter, and not green. There’s a tiny twist of sappy fibre from the stems that kicks off the finish.’

‘For the white and rose we crush on the stems and load the press. It’s hard to find a crusher that will do whole bunch. We keep it on stems for texture and to help it drain. It adds minerality and salinity that add length and act as a counterpoint to the fruit.’

All the reds are destemmed.

Domane Sainte Croix Milles Ciels Terret Gris 2018 Vin de France
200 bottles or so each year, vinified and aged in glass. Terret Gris from the plot planted in 1905 that we visited. It’s a variety that won’t have a great role in the future but it should have. This is beautifully linear and focused with crystalline citrus fruits. Has lemon and grapefruit with a lively spiciness and some light bitterness and salinity. Low in alcohol (12.2%) but complete and layered. Pristine. This will age beautifully. 94/100

Domane Sainte Croix La Serre 2018 Vin de France
Grenache Gris and Blanc, unoaked. Beautifully fresh, precise, mineral and saline with nice precision. Fresh, vivid and textured with nice citrus fruit drive. This is so bright and linear, but also has complexity and mouthfeel. Has a lovely tension, with an expanding finish. 94/100

Domane Sainte Croix Magneric 2015 Corbières
Carignan, Grenache and Syrah. Parcel selection. Fresh with a note of iron under the supple, ripe yet structured red berry fruits. I love the freshness and bloodiness to this wine. Grainy and supple with a nice spicy bite and lovely focus. 93/100

Domane Sainte Croix Carignan 2016 Vin de France
Planted in 1905. Fresh, vivid, stony and gravelly with lovely lush black cherry fruit held in savoury tension with notes of minerals and tar and blood. There’s very little clay here, and the result is tannins that are almost brittle: the opposite of a clay soil wine. Has a bracing, fresh tannic structure. Delicate and fine for a Carignan. 94/100

Domane Sainte Croix Celèstra 2016 Vin de France
Grenache, plus some hairy Grenache (Grenache Pelluda, or Lledoner Pelute). Some iron rich clay here, giving some density to the black fruits, which are accompanied by floral black cherries, a bit of liquorice, and good tannins. A really structured expression of Grenache. 92/100

Domane Sainte Croix Aramon 2016 Vin de France
12.2% alcohol. Savoury, showing a little development, with some freshness and also a bit of grippy structure. Black cherries, plums, herbs and earth. Has nice freshness as well as some development. Ashy and intriguing. 90/100 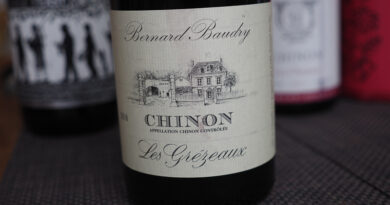 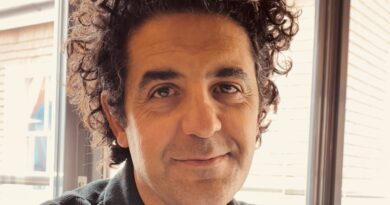 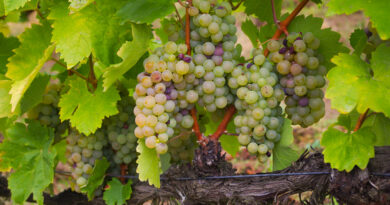