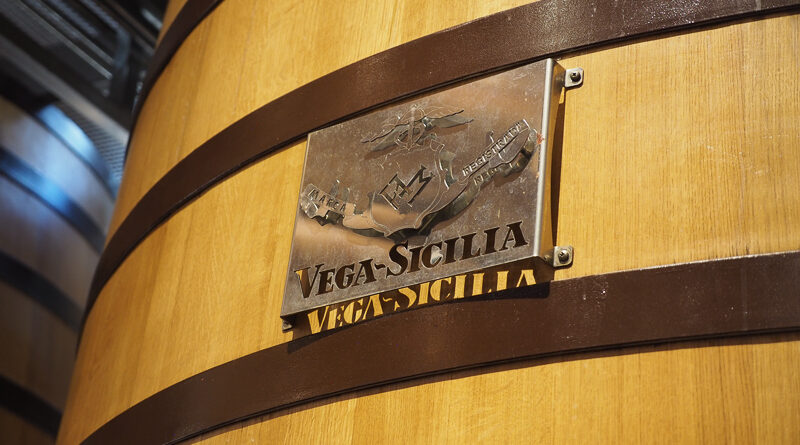 Vega Sicilia is one of the world’s iconic wineries, often referred to as Spain’s first growth. So it was great to make not only one visit, at the end of September 2019, but also to revisit in early November as part of a Ribera del Duero press trip.

On the first visit, I was hosted by the owner, Pablo Álvarez, and his wife Elisa Kwon de Álvarez. We were joined by Gonzalo Iturriaga, who’s been the technical director here since 2015. ‘I’m the luckiest guy in the world,’ says Gonzalo, who clearly likes working here. He’s filling big shoes: previous chief winemakers were Xavier Ausàs (1996-2015) and Mariano Garcia (1966-1996). Vintage was underway: it’s always good to visit during harvest. The second visit was with viticulturist Enrique Macias, and the weather had changed from summer to autumn. Vintage was through and things were much quieter in the vineyard and winery.

The first vines were planted on this 1000 hectare estate in 1864, and until 1927 this was the only winery in the region (this is when the Protos cooperative was founded, which became the second). Many of the original plantings of Vega Sicilia were with Bordeaux varieties Cabernet Sauvignon, Merlot and Malbec. Their use has diminished a little, but for a region that is 97% Tempranillo, Vega Sicilia are a little unusual in the make-up of their blends.

The Álvarez family bought Vega Sicilia in 1982, and have redeveloped and expanded the vineyards, as well as investing in the winery. Pablo Álvarez’ father David made his fortune in the Grupo Eulen. He started it as a small cleaning company in 1962, and it grew into a business services empire with a turnover of almost €2 bn. He also founded El Enebro, a much smaller agricultural group, of which Vega Sicilia was part. David gave each of his children 14.25% of El Enebro and 7% of Eulen, but he stayed on as Chairman of the former. However, family troubles erupted when in 2009 he married for the third time at the age of 82, and then five of his children, including Pablo, ousted him from the role of chairman in 2010. Lawsuits followed, with two of the children siding with the father, and it became a battle for control that only ended with David’s death in 2015. Five years of bitter feuding must have been a horrible experience.

But the focus of these visits was on the wine, with time spent in both the vineyards and the winery.

‘We have different types of limestone,’ says Elisa, ‘depending on the altitude that we are at. In some portions we have a grainy limestone, and in others we have a more rocky form, and then on higher altitudes we actually have a crystallized limestone.’ This higher part is where Unico comes from. ‘We had Claude and Lydia Bourguignon visit, and they said it was one of the healthiest soils they had seen. They classified the 19 soils we had on the property.’

Farming is more-or-less organic, with no herbicides. But with 210 hectares of vines, it’s very hard to be fully organic. ‘We are not certified,’ says Pablo, ‘but we are between organic and biodynamic. Biodynamic for me is too much. We haven’t used herbicides for four years.’

They use goat manure for fertilizer, which they mature for three years. The biggest problem they face in the vineyard is oidium, which they use sulfur to counter. Their biggest insect pests are moths, and they use sexual confusion to disrupt their mating, which works well.

We had a look at an old parcel, with 22 varieties grown together, and very old vines. ‘It’s not the best,’ says Pablo, ‘but it is 120 years old, and we may want to study the DNA of every variety in it, and the rootstocks. We have found some vines that have a natural resistance to oidium, but we don’t know why. So we want to study these: the soil, the clone and the rootstock.’

Across all their five wineries they are making clonal selections from the 615 hectares of vineyards they own. ‘Here we have 24 different clones, mainly of Tempranillo,’ says Pablo. ‘Ribera del Duero is a region that’s low in diversity.’ This is something they want to address. In 1982 there were just 4000 hectares in Ribera del Duero, but there was massive growth in the 1980s and 1990s. ‘Today there are 24 000 hectares,’ says Pablo. ‘It was developed very quickly, and the people didn’t check the type of soils and the clones.’ Many of the plantings were with productive clones rather than heritage clones. And many were clones that weren’t adapted to the vineyards.

In the winery, each fermenter takes 8 tons of grapes. They have experimented and they find that the best way to manage the ferment is by pumping over only, rather than punching down. The target fermentation temperature is 28-30 C, and wines spend 10-14 days in tank before pressing. Malolactic fermentation is in tank after pressing, in 5600 litre tanks, before going to barrel.

The élevage at Vega Sicilia is quite distinctive. Whereas most in Ribera del Duero rely on new oak, Vega use a mixture of large format oak and small barrels, with the wine spending time in both. It’s also a prolonged élevage. Initially the wine goes to small, new barrels. Then the second stage is a residency in used barrels. Finally, the wine goes to old, large oak foudres and tanks for a further spell. After bottling, the wine is held back for a number of years before release.

Vega Sicilia has a smaller brother: in 1986 they founded Alíon, which is a separate winery next door making a more modern style of Ribera del Duero. Alíon has 35 hectares of its own vineyard, and also draws from around 50 hectares of the large Vega Sicilia vineyard.

There are three wines in the portfolio of Vega Sicilia: Único, the flagship wine, then the multi-vintage blend Único Reserva Especial, and the entry level (here this is a relative term) Valbuena 5°.

Valbuena 5° 2014 Ribera del Duero, Spain
Sleek and aromatic with black cherry notes on the nose. The palate has some olive, spice and black cherries with a slight saline edge. Rich and textured with some nice structure,  cloaked in sweet, silky fruit. Has a long spicy finish. 94/100

Valbuena 5° 2015 Ribera del Duero, Spain
90% Tempranillo, 5% Cabernet Sauvignon, 3% Merlot, 2% Malbec. There’s a freshness to this wine with subtle green hints under the sleek berry fruits, with some cherry detail. There’s some blackcurrant, too, with great resolution to the tannins. Has a saline streak and also some notes of leather and dried herbs. Some olive meatiness, too. Utterly compelling. 95/100

Alíon 2016 Ribera del Duero, Spain
100% Tempranillo, aged in small oak. 60% of the wine is from their own vines, 40% bought in, from 22 growers. No frost in spring and the cycle was completed. Concentrated and rich with some sweet blackberry and blackcurrant fruit. Has lovely richness allied to freshness, and notes of tar, cedar and spice. Concentrated and rich with depth and focus. 93/100

Vega Sicilia Unico 1981 Ribera del Duero, Spain
Brooding with some earthy hints, as well as blood, iodine, cherries and plums. The palate is rounded and elegant. Warm, spicy and complex with seamless sleek fruit. Smooth and harmonious with good acidity and fine tannins meshing well with the fruit. Vital and harmonious. 97/100

Vega Sicilia Unico 1991 Ribera del Duero, Spain
This vintage there were 98098 bottles, 2222 magnums and 132 double magnums. Aromatic and spicy with notes of iodine, herbs and spice. Has good tannic structure and some earthiness, as well as compact red and black fruits. Savoury and expressive. 95/100

Vega Sicilia Unico 2010 Ribera del Duero, Spain
90% Tempranillo, 10% Cabernet Sauvignon. This will be in the market in 2020. Complex nose of earth, tar, cherries, smoke and old wood. The palate is complex and fresh with good acidity, with lively cherry and berry fruit. It has amazing depth with some development, but also quite a way to go. Has a real brightness on the finish with good structure, with resolved tannins. There are even some meaty notes, adding a savoury dimension. 96/100 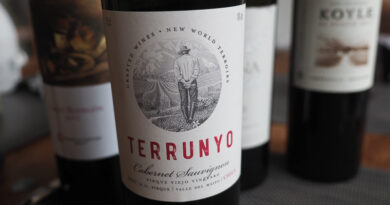 Six from South America, from The Wine Society 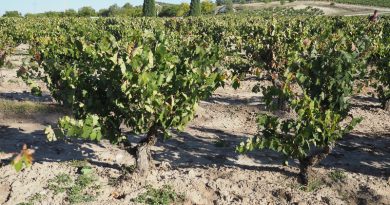 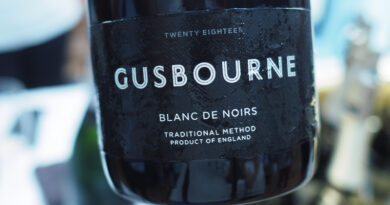 Gusbourne: one of the UK’s leading producers