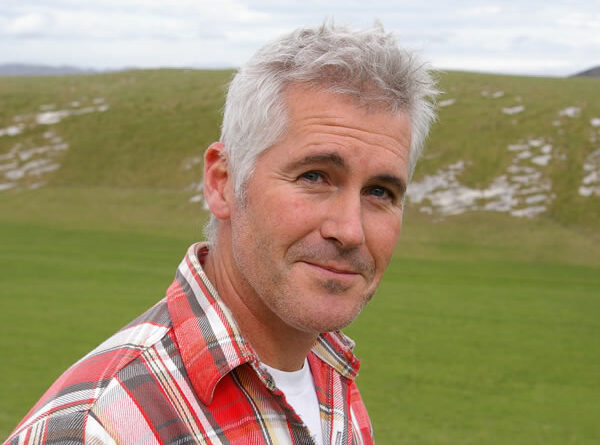 Jamie Goode pays tribute to Mike Weersing, an inspiring biodynamic winegrower who established a remarkable vineyard in North Canterbury, New Zealand, and who has recently died.

I remember very clearly my first meeting with Mike Weersing. It was November 2007, and I was on my first trip to New Zealand, a country whose wines I’d admired from afar for a while.

At this stage, while I was establishing a reputation as a wine writer, I still had a full time job, which took me to Dunedin for a conference at the university. After this, I’d scheduled in some vineyard time. I went to Marlborough, where I spent time with Damian Martin (then or Ara), and Patrick Materman (Brancott/Montana). I spent a couple of days in Hawke’s Bay, where Steve Smith had organized a nice itinerary for me. And I drove from there to Gisborne, to hang out with biodynamic pioneer James Millton. After this, I had a couple of days free and I wanted to go to north Canterbury. Kindly, James helped me out with suggestions of who to visit. He told me about two newcomers, I hadn’t heard of: Bell Hill and Pyramid Valley Vineyards.

So I rocked up at Pyramid Valley mid-afternoon and met Mike and Claudia. We got chatting, and before long they invited me to stay the night – which was hugely kind of them, because I didn’t have anything sorted. They also phoned my next appointment, Bell Hill, to rearrange it for the following morning. I’d fallen for the Weersing spell.

Mike hailed from California. After studying art history and literature, and left his home town in the California redwoods to head for the bright lights of Manhattan. There, he worked in art history and publishing, but this turned out not to be his vocation. ‘I love literature, but not the business’, Mike told me. ‘I love art, but I’m not an artist, and I love music, but I don’t like the music business.’ It was when he spent time with Josh Jensen at Calera in California, that Mike realized wine was actually quite interesting, and he began a journey that was to lead him to New Zealand. It was Pinot that most excited him, and he did a harvest in Oregon with Evesham Wood. Mike studied oenology and viticulture in Burgundy, and then built up a remarkable CV, working for a star-studded cast of producers (including de Montille, Potel, Pousse d’Or, Kreydenweiss, Deiss and Loosen).

In 1996 Mike and Claudia moved to New Zealand, where Mike worked as a winemaker with Neudorf in Nelson, but their desire was to begin a project of their own. For a couple of seasons, they spent every weekend in winter and spring prospecting for the right vineyard for growing world class Pinot Noir. Mike had a specific idea in his head of what the perfect terroir would look like: clay with limestone, with a marginal climate that was more continental than the average New Zealand wine growing region.

After a protracted search period, in 2000 Mike and Claudia discovered their dream site, in the Pyramid Valley near Waikari in North Canterbury. The hills around here have quite a bit of limestone, but limestone alone wasn’t the goal. Mike was looking for argile calcaire – the classic clay and limestone combination that forms the basis for Burgundy’s top vineyards.

On their property they delineated four small vineyards at a high density of 10-12 000 vines per hectare. These ‘home vineyards’ were planted with Pinot Noir and Chardonnay, and named after the colloquial names of the predominant weed species in each. As well as being passionate about terroir, Mike was committed to biodynamics. He was a farmer.

Above all, Mike was a great thinker, with an agile mind and a way with words. When he first met me in 2007 he had no idea who I was, but he spent a lot of time showing me the vineyards and explaining his philosophy. After tasting through the wines, we fed on rabbit shot by one of his vineyard crew, drank well (I remember old Burgundy coming into play) and talked extensively.

Over subsequent years I always enjoyed time spent with Mike. The last visit to see him at Pyramid Valley was in February 2016 with my colleague Treve Ring. Among other things, we had a long-ranging discussion about how wines from different soil types taste different – and how you can taste, for example, wines from limestone by the way they feel when they are in your mouth.

These are my notes from our discussion:

Mike told me of the experience of soil scientist Lydia Bourguignon, who studied wine at a school called Les Gourmets du Vin. There, the teachers spoke about tasting wine and asking: is this real or not? She was taught to taste not for goodness but for trueness. This is a way of tasting that had been used in the past to authenticate wine. Tasting terms such as elasticity are used in this way of tasting. For example, Grands Echezeaux is the most elastic of wines. One teaching technique for this manner of tasting would be to give a student a piece of poached egg white. You put it in your tongue, press it against your mouth and see the way that it resists and springs back. Then the student is given custard, and would see the way that this doesn’t spring back. ‘We teach ourselves to taste differences between different oak levels,’ says Mike, ‘but not elasticity, any more. Maybe it is truer to origin.’ He recalls the time he spent four weeks with Claude and Lydia Bourguignon. They would give Lydia a wine, and she would taste it. ‘I don’t know where it is from,’ she’d say, ‘but I can tell you what it grows on.’ Wines growing on calcareous soils are different to those growing on acid soils. How does she do this? There are markers in the mouth for wines from different soils. Wines from chalky soils finish with salinity, and from these wines with high pH soils you salvate in yhe back of the mouth. For wines from low pH soils you salivate in the front of the mouth first. ‘It’s a different way of salivating,’ says Mike. Limestone makes you salivate the same way you do when you are hungry; it stimulates the appetite.

Mike was important for New Zealand’s fine wine scene. He was by no means the first to take such a terroir-inspired approach, but it was the absolute single-minded vision, and his deep thinking inspired by his overseas experience and love of fine wine, that set him apart.

Mike’s later years had their challenges, but his legacy is left in the lives of all those he touched, inspired and informed. Pyramid Valley is also going strong, and is now owned by Smith & Sheth, with new plantings underway to supplement the four home vineyards. There’s every expectation that as the original vines reach maturity, future Pyramid Valley wines will fulfil the potential seen in this site by Mike and Claudia 20 years ago. 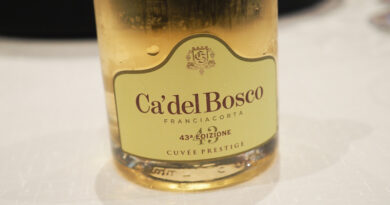 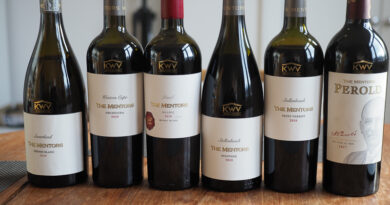 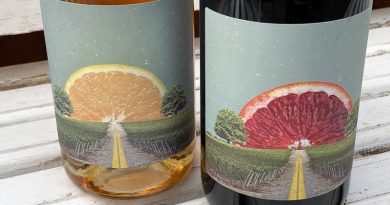