How do we perceive wine? How do we make sense of the world around us? Is there such a thing as odour objects? These are some of the issues I discuss in this two part article exploring the way the brain processes the taste and smell of wine.

I was speaking to a friend of a friend once. She asked me my job. Then she said: the thing with wine is, it just tastes of wine to me.

She was right. Wine tastes like wine. Of course, we can differentiate among kinds of wine, but the taste of wine is that of wine. [By ‘taste’ we are referring to flavour, which has a contribution from all the senses.]

How do we perceive the world around us? We learn to make sense of sensory input by creating perceptual entities that can be described as ‘objects’. We do this so naturally, we don’t even think about this.

Let me explain a bit more. Look around you now. Your visual system is taking in different wavelengths of light, in the visual spectrum. It is just that – a spectrum – there are no boundaries between colours. The separate colours we see are created by the visual system in the processing stages beyond the capture of light on the retina.

Describe what you see around you, and you will find yourself labelling objects: a lamp, a book, some headphones, a pen, a laptop, a camera, a coffee mug. Things that we only have to glance at, or see a part of, and recognize to be classifiable into fairly these relatively tight categories we refer to as ‘objects’.

Objects aren’t just visual, though. Consider an orange. It has a shape, a colour (which it is named after), a smell, a taste – it also has a feel to it. And then it has other properties: we peel it, or squeeze it, or cut it into segments. We recognize a piece of orange peel as belonging to an orange. The various properties of an orange, whether they are visual or physical, are part of the object definition. And only some of the properties need to be present for a successful identification.

Consider a car. Even a type of car that has never before been encountered can be labelled successfully as a car. And the multimodal nature of object recognition means that in this case, as opposed to the orange example, hearing is involved: we can recognize a car by the noise it makes alone. As an aside, electric cars that have no engine noise, seem a bit odd initially.

“We perceive the world as parsed into discrete entities that instantiate properties, and these items capture our attention and shape how we interact with the environment. For example, our visual experience divides the world up into clearly distinguished, meaningful units like flowers, dogs and chairs. The objects we perceive are key to our understanding of the world; concepts, beliefs and desires relating to objects are ubiquitous.”

The philosophical/perception world has got itself in a bit of a twist discussing whether or not smell objects exist, but this may be because their definition of ‘object’ is a little different to what I’m outlining here. From my somewhat naive outsiders viewpoint this struggle strikes me as unnecessary: part of the problem is that they are considering objects in single modalities. I would argue that our perception is multimodal, and is a unity. We navigate the world primarily through vision, yes, but objects themselves have aspects to their definition that can bring in more than one ‘sense’. [But I tread carefully here, wandering into someone else’s field uninvited.]

Think of smoke. Smoke is an object that is defined partly visually, but also by smell. We see smoke on the horizon, and it is so far away we can’t smell it. But we might be in the woods and smell smoke before we see it. We can identify it as an object by smell alone, or sight alone. Often it is a combination of the two that leads to its recognition.

What about coffee? As an object, our definition is both visual and through flavour. We see a cup in a certain context – ah, they are drinking coffee. We see beans, and catch their distinctive smell: coffee. We taste and smell any number of different iterations of coffee, and immediately identify it as such.

In both these cases (smoke and coffee) the olfactory objects are combinations of many different volatiles. We smell them as a unity. And each time, the smell molecules involved will be different. Our olfactory system recognizes certain combinations of odorants and we consciously perceive one object. It’s a bit like a football or rugby team. The actual players picked may differ from week to week (although some may be ever-present), but we still recognize the same ‘team’ and treat them as the same entity.

Or take a rose: it has petals (visual), a stem, thorns, leaves, and a smell (olfaction). The rose is an object, but can quickly be identified by either the smell alone, or the image alone, or both.

Let’s move to wine. We can reasonably state that wine is a multimodal object. We learn to recognize it, and it’s not simply the flavour (‘taste’) of wine that represents this object. It is the way it is normally encountered, in a bottle, then poured into a glass, then smelled, then drunk. All these go together to make the perceptual object that is wine.

For most people, wine is wine, primarily. They want a glass of wine, and they recognize what they are given as being wine without really thinking of it. Once we have this object that is wine – and we can also regard it more specifically to be a flavour or odour object, because it can be identified as such from this alone – then we can delve deeper into deciding what sort of wine it is.

If we restrict ourselves to olfaction, which is the main sense used in wine tasting, we work out what sort of wine we are tasting by recognizing odour objects. We can’t discriminate any more than a few different odorants in a mix: once there is a mix of more than four odorants, they lose their individual characters and produce a new, single odour quality. And although we can’t distinguish the individual odorants, we can discriminate mixtures of odorants – objects – from each other. Thus if you are baking bread and brewing coffee at the same time, you recognize each object (each consisting of a mix of many odorants) separately.

In part 2, I will look at the science behind odour objects, how researchers have tried to study the key molecules responsible for the flavour of food and drink, and how this supports the concept of olfactory or flavour objects. 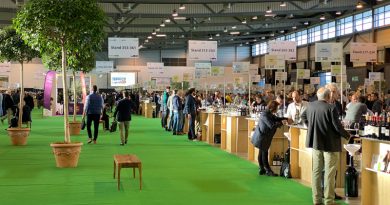 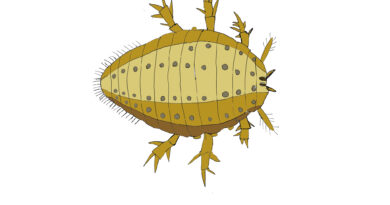 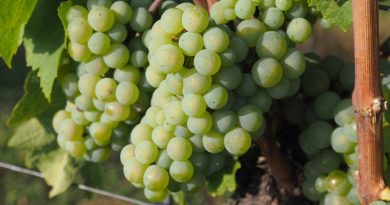