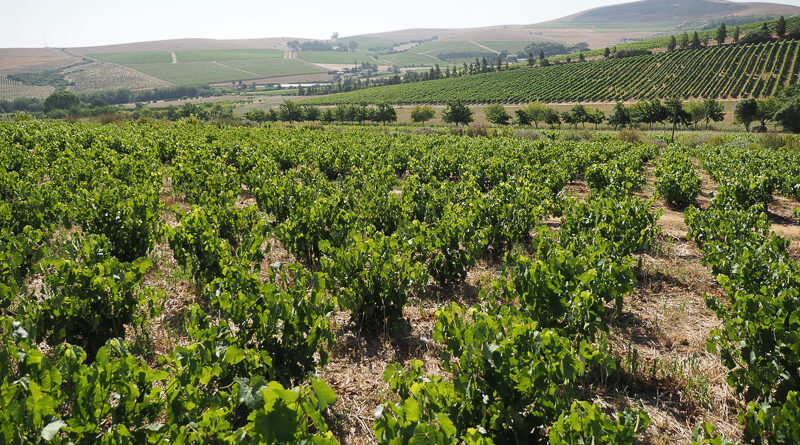 Of all the grape varieties grown in the Cape, it’s Chenin Blanc that perhaps has the strongest claim to be South Africa’s signature variety. While Pinotage lovers may dispute this, Chenin’s claims are several. It’s South Africa’s most widely planted grape variety, with just shy of 19 000 hectares in the ground. There’s almost twice as much Chenin in South Africa than there is in France. And while Pinotage has fans, it also has enemies. Chenin just makes fantastic wines.

Chenin hails from the Anjou region in France’s Loire Valley, and was thought to be growing there in the 9th century. It was named Chenin Blanc in the 15th century, and the first vines reached South Africa in the middle of the 17th century. It isn’t clear whether Chenin arrived in the Cape in 1655 as one of the very first vine imports, or a few years later. But it certainly arrived early enough, and acquired the name Steen. Steen became very popular, and many of the Steen vineyards were used to make base wines for brandy production – this was big business, especially in the first half of the 20th century.

It was in 1963 that Stellenbosch University viticulturalist Professor CJ Orffer finally proved that Steen was indeed Chenin Blanc. While very few serious examples of Chenin Blanc table wines existed at the time, the benefit of this long history of production is that many old bush vine vineyards existed, and it is these that have proven a treasure trove for today’s band of ambitious winemakers who are aiming to do wonderful things with this variety.

Undoubtedly, one of the strengths of Chenin Blanc is its versatility. In its Loire homeland, the range of styles even in the same region spans fresh, zippy sparkling wines, intensely dry white wines, textured off-dry wines and even unctuous sweet wines. One producer will typically look at what the vineyards have given her or him in that season, and then make a range of wines to match. In South Africa, there is a similar spread of styles.

This versatility is on the one hand a great asset, but on the other hand it can also be a problem for consumers, because it’s very hard to know what you are going to get when you buy a bottle with ‘Chenin Blanc’ on the label. This makes education important.

That’s why it’s really good to see the way that the Chenin Blanc Association in South Africa (www.chenin.co.za) have devised a classification of recognized styles. It would be great if there were some way to indicate on a bottle, in terms that consumers could readily appreciate, exactly what style is being made, and perhaps this will come. But for now, it’s useful to be able to think a little more deeply about the various styles of Chenin.

So, the six styles.

First up, ‘Fresh and Fruity’. This is a common style of Chenin, and these wines – which are usually inexpensive – fulfil and important function. Chenin does fresh and fruity very well, and it’s often a good bet if you are faced with a so-so restaurant list with the usual unfamiliar names on it (many restaurant lists are made up of ‘on trade only’ labels so that consumers can’t spot familiar wines and realize exactly how steep the mark-ups are).

Then we move to ‘Rich and Ripe, Unwooded’. These wines are often really impressive, with the usual ripe flavours of Chenin, which include honeysuckle, grass, straw, melon and hay, unobscured by oak. Chenin can have lovely texture in the mouth, as well as a bit of structure, too, which is unusual in white wines.

Third is ‘Rich and Ripe, Wooded’. This is one of the most important categories for serious Chenin. These wines have the lovely ripe Chenin flavours, complemented by toast, nut and vanilla flavours from oak. The two work together very well, especially when the oak use is well judged. Sometimes things can go a bit far, and the wines end up fat and clumsy. But usually, they’re quite delicious. You’ll be able to recognize this style by reading the back label, because the use of oak barrels is almost always disclosed.

Fourth up is one of the more controversial categories. It’s ‘Rich, Ripe and Slightly Sweet.’ For some high-end Chenins, it has become popular to leave a bit of residual sugar in the wine, often by the addition of some noble late harvest (a sweet form of Chenin blanc). The result is a very rich wine, with the ripe fruity flavours of Chenin accentuated by the sweetness, as well as the spicy apricot flavours from the noble late component. Purists are affronted by this style, but I think it can be utterly delicious. The most famous example is the FMC Chenin Blanc, which despite its intensity of flavour is actually really well balanced. As a guideline, the Chenin Blanc association reckon that wines in the first three categories should have unde 9 grams of residual sugar per litre, and category four should be 9-30 g/litre.

Fifth, we have the sweet style. The already mentioned Noble Late Harvest style is the chief example here. It’s made by allowing already-ripe grapes to be attacked by the fungus Botrytis cinarea, which shrivels them, concentrating both the sugar and the acidity. Botrytis is also known as ‘noble rot.’ The grapes, which look disgusting, are then harvested and fermented normally, resulting in a wine of real intensity and complexity, where the very high sugar levels are well balanced by high acidity. Another technique which is beginning to be used is the straw wine method, where grapes are harvested and laid on straw mats to dry a little before being pressed and fermented. The result is similar but the flavours are different.

Clearly, this is a grape variety that is now being taken very seriously by many South African wine makers. It may well be that South Africa’s greatest Chenin Blancs have yet to be made, and given the current high standard, that’s a very encouraging thought. 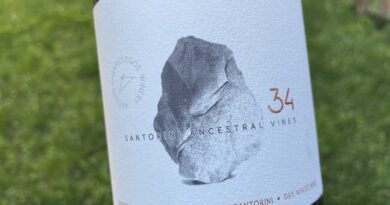 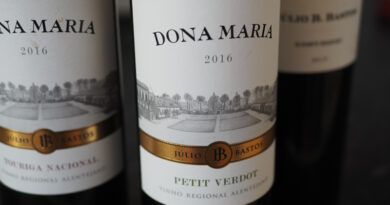 The wines of Júlio Bastos/Dona Maria, from Portugal’s Alentejo