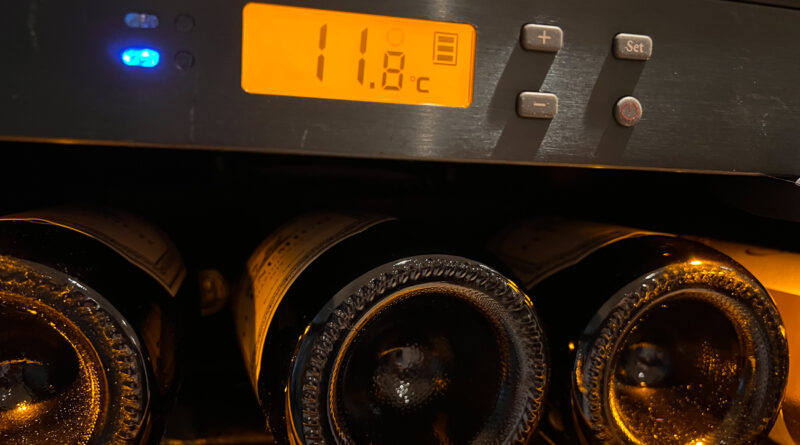 Wine is sensitive to storage temperatures. In traditional wine-producing countries wine is often stored after bottling in underground cellars, which have the advantage that all the year round they maintain a steady low temperature with some humidity too. It’s possible to replicate these storage conditions with dedicated temperature-controlled wine storage units such as those offered by FFD Group – Professional Wine Refrigeration.

The gold standard in the wine industry for post-bottling storage of wine is that they should be stored on their sides in the dark, in a constant temperature that is ideally around 11 °C (55 °F), with a relative humidity of around 70%. This is how most wine cellars are designed, and these conditions are achieved passively in many underground cellars, with only a very mild seasonal thermal amplitude. Professional storage involves conditions that may involve a slightly higher temperature (15 °C would be typical) and perhaps also a little more seasonal thermal amplitude. But when wine is not in temperature-controlled storage – for example, during transit, or sitting on a retail shelf – what are the conditions that would damage it?

There have now been quite a few scientific studies looking at the effect of storage temperature on wine, which can be supplemented with anecdotal data from those who buy and sell fine wines, and also cellar them and track their progress. Together, the picture that emerges is that wine is actually quite sensitive.

One important study was carried out by Eric Wilkes and colleagues at the Australian Wine Research Institute (AWRI). They had noticed that samples for analysis that came from their facility (kept in a cellar at 15 °C) routinely had slightly higher free sulfur dioxide levels than those than came from elsewhere, where samples were kept at ambient temperature. Sulfur dioxide (SO2) is a good proxy for wine ageing, because it reacts with wine components as they are oxidised. The drop in the level of free SO2 is a good indicator of how much shelf life the wine is losing – in other words, how much it is ageing. So they purchased six cases of Cabernet Sauvignon, sealed with a screwcap. Three of these cases were kept in the AWRI cellar (15.1 +- 0.3 °C), and the other three in an office (21.5 +- 1.8 °C). Each month three bottles were opened and tested. After a year, the difference in the free SO2 was 5.1 mg/l (22% difference, with the office-stored samples, as expected, showing lower levels).

In a study from Argentina, de Esteban and colleagues compared Malbec wines aged at 15 °C and 25 °C for two years, with both screwcap and natural cork seals. They did regular chemical and sensory analysis of the bottles. The two different temperatures resulted in wines that were organoleptically different. The wines held at 15 °C showed better colour intensity and this correlated positively with higher free SO2, tannins and anthocyanins. The wine at 25 °C had dried vegetative and dried fruit aromas, and this correlated positively with high levels of norisoprenoids, furanoids and terpenoids.

And in Italy, Arapitsas and colleagues studied how 20 Sangiovese wines compared when stored either in a cellar or in domestic home conditions for two years, analysing them every six months. They found that the wines in the cellar changed little over two years, whereas wines stored in domestic conditions in the home reached the same stage as the cellared wines did in two years after just six months.

One of the assumptions in wine cellaring is that horizontal storage is best because it keeps the cork from drying out, and also that any gas transmission would be lower if the cork is in contact with wine rather than the gas in the headspace. Francesca Venturia and colleagues looked at the effect of orientation (vertical versus horizontal storage) and whether or not the cork had a capsule over it. Wines were stored for a year. The results showed significant differences. The biggest was the benefit of horizontal storage over vertical, and the presence of the capsule also slowed the rate of ageing.

While none of these studies have been with wines that we would characterize as ‘fine’, it is clear that cellaring variables affect the way wine ages. This will be no surprise to anyone who has spent much time in the fine wine ecosystem, but the data from experiments indicate that wine is particularly susceptible to elevated temperatures, and after a period wines that are stored at lower temperatures will be different wines to those stored at higher temperature. 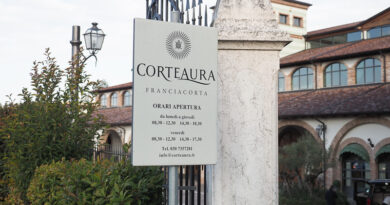 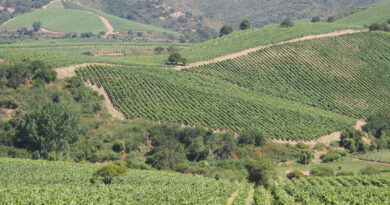 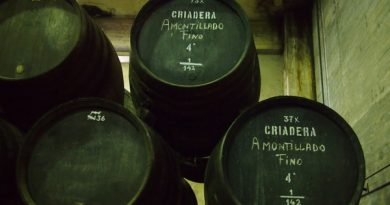 Visiting Jerez to blend the Las Palmas Sherries of Gonzalez-Byass