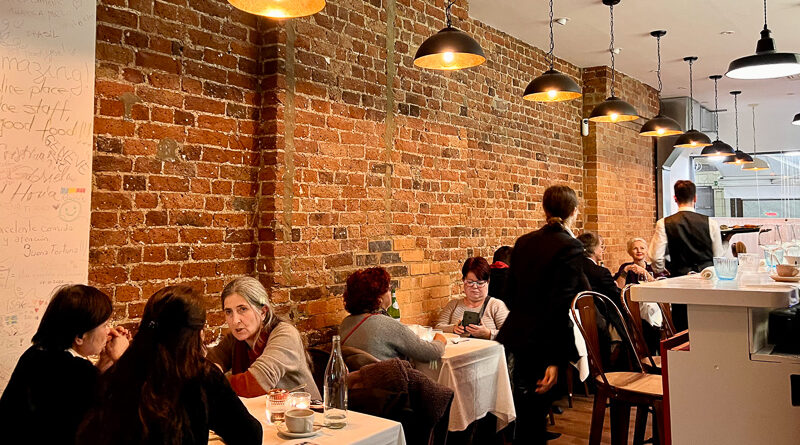 Very excited to visit Garum, a long-awaited addition to the London restaurant scene. There are lots of natural wine bars all serving small plates, but here we have an irresistible combination of traditional Roman cuisine matched with an exclusively natural and exclusively Italian wine list.

Francesco Fantinel fronts things up at this relatively new opening, which was delayed several months because of building issues. It’s located opposite Bayswater tube station on Queensway, and the dining room is attractive and nicely rustic, with bare brick and white.

I really like the food, and also that there’s such a clear focus. This isn’t simply modern Italian – it’s modern Italian from Rome. And the wine list is quite short (one side of A4) but covers lots of bases. So far Francesco is buying just from Les Caves de Pyrene (I shouldn’t say ‘just’ – given the depth of Les Caves list), but there are plans to expand the offering bringing other importers in.

We drank well, beginning with a super-drinkable natural Veronese red that’s sort of like a light, low extraction Valpolicella with some spicy detail. And then we moved on to a rosé with a bit of a bite and some complexity – the Lundredi from Vigneti Tardis, which was just lovely.

We also tried a very cool Mezcal, and then two more interesting bottles not on the list: the edgy, extreme Ageno 2016 from La Stoppa, and Bressan’s remarkable 2015 Schiopettino in all its peppery, spicy intensity.

This is such a good addition to the London scene, and I’ll definitely be back soon. 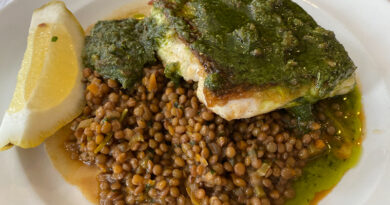 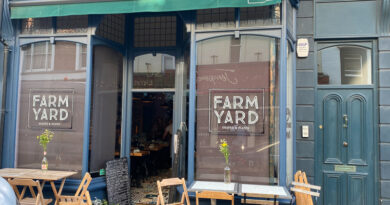 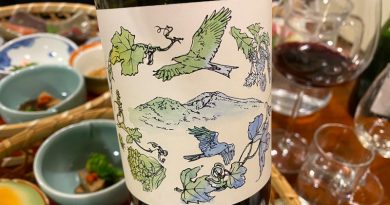