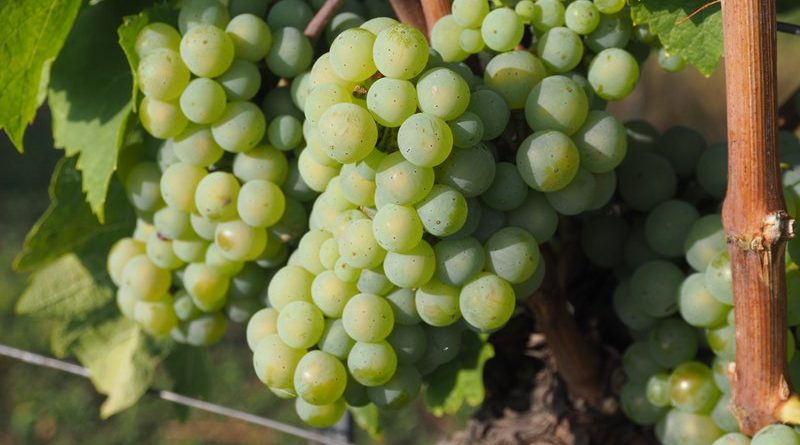 Wines are often described as tasting ‘green’. But what does this mean? Jamie Goode takes a look at the science of green wine.

Can you taste a colour? In some cases, it seems that you can. Green. It’s a descriptor often used in tasting notes, and often it’s pejorative, especially in the context of red wines. Think of some of the tasting terms that are used to describe greenness: herbal, grassy, vegetal, asparagus, green pepper, and even ‘green tannin’.

There are a number of chemicals present in wine that can contribute to these green flavours, but there is one group of compounds in particular that is strongly associated with green aromas and flavours in wine. This is the alkylmethoxypyrazines, and in our exploration of greenness we will begin with them. They are present in green tissues of plants, and they were first discovered in green peppers in 1969.

Sauvignon Blanc is one grape variety where it seems that green is desirable. Good Sauvignon often has an element of greenness. Think of a New Zealand Sauvignon Blanc from the Marlborough region, and especially the Awatere Valley. Key descriptors include green pepper (bell pepper to Americans, also known by many as capsicum), tomato leaf, herbal and even cut grass. These aromas and flavours have chiefly been attributed to methoxypyrazines.

With the resounding success of New Zealand Sauvignon, winemakers around the world began working to increase the levels of methoxypyrazine in their Sauvignons. [Later, they were to attempt the same with the polyfunctional thiols, but that’s another story.] Some South African winemakers famously took the illegal short-cut of adding methoxypyrazines to their wines directly, but they got caught. Now, we think that green alone isn’t enough, and fortunately the excessively green Sauvignons with little else going on are becoming rarer.

Green is also a frequent contributor to the aroma profile of the Bordeaux grape varieties Cabernet Sauvignon, Cabernet Franc and Merlot. Carmenère, a Bordeaux variety that relocated to Chile, also has high levels of green. Good red Bordeaux often has green in its signature, although in some new world countries winemakers seem terrified of greenness. In most other well-known red varieties, methoxypyrazines are below detection levels in ripe grapes.

So how do these green flavours get into the wine? Methoxypyrazine levels gradually increase in grapes as the berries grow, reaching a maximum just before veraison, and then they start to decrease as ripeness approaches. Unripe grapes typically have high levels of methoxypyrazines, which may be acting as an anti-feedant, along with high tannin levels. The idea here is that the grapevine doesn’t want its berries eaten by birds until the seeds are ready to be dispersed. Certainly, if you taste an unripe grape, it tastes pretty disgusting: there’s no sugar, very high acidity, grippy tannins and excessive greenness.

Vines with grape leafroll virus often have delayed berry maturation, and can make red wines with high levels of green in them. Often, winegrowers leave the grapes on the vine in an attempt to ripen out the greenness, but it’s not as simple as this: extra hang time may not be effective in reducing methoxypyrazine levels beyond a certain point, so if they are present they can’t just be ripened out.

If methoxypyrazines are present in the grapes at harvest, because they are very stable compounds, they tend to persist through fermentation and then stay at the same level in the final wine.

One other source of greenness in wine is from the use of stems in winemaking. This is an interesting topic in its own right, and deserves its own discussion, but when whole bunches are used in fermentation they can contribute green flavours to the wines.

Interestingly, methoxypyrazines are also produced by some insects. There are notable incidences where ladybirds present in grape bunches at harvest cause green taints in wine, because they are capable of producing heroic levels of methoxypyrazine. This can lead to the wine being ruined. Vineyards near soybean farms can be at particular risk, because the soybeans are harvested and then the ladybirds find a new home in the vineyard. You don’t need many in a vat for this green taint to occur, so a vibrating sorting table is a must where this is potentially an issue.

So what can you do if you want lower methoxypyrazine levels in your wine, but they are present in the harvested grapes? It’s possible to mask their presence using oak, and it seems that more gentle pressing results in lower levels in white wines. Some methoxypyrazine is lost in settling and clarifying the must of white varieties before fermentation. And thermovinification also reduces levels. But, generally, if you want lower levels, you need to address this issue in the vineyard.

But there’s more to greenness in wine than just methoxypyrazines. The other main contributors are a bunch of chemicals called green leaf volatiles. These are produced by a chemical reaction chain called the oxylipin pathway, and they are involved in plant defence. One of these compounds is called hexanol, which is described as green, herbaceous, grassy, woody and fruity. Then there’s cis-3-hexen-1-ol, which is green and grassy (and also acts as as semiochemical, alterting predators of herbivores that dinner is ready), and trans-3-hexen-1-ol, which is green, earthy and fatty.

Finally, there are green notes in wine that could come from the environment. Vineyards in proximity to both eucalyptus and pine trees can make wines that are influenced by aromatics from the leaves of these trees, which impart distinctive characters to the wine including an element of green.

What about green tannins? Personally, I don’t think they exist: this is just picture language. Tannins are sensed as astringent (this is the sense of touch), and sometimes also as bitter (the sense of taste). But I can’t see a way for them to taste green. Perhaps people using this term are describing tannins with a certain mouthfeel as green because they co-occur with green flavours from slightly underripe grapes. 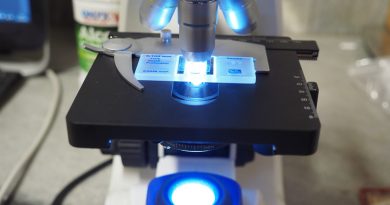 Using a microscope to monitor fermentations at Lapierre 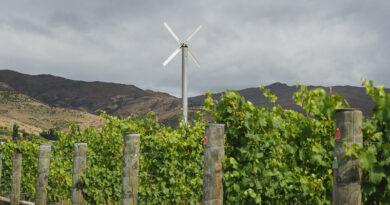 Frosts and freezing: a look at the science 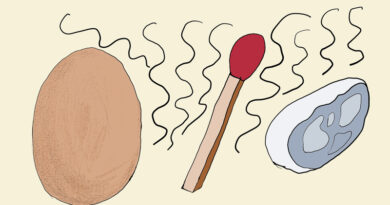 Explaining reduction, and dispelling some myths