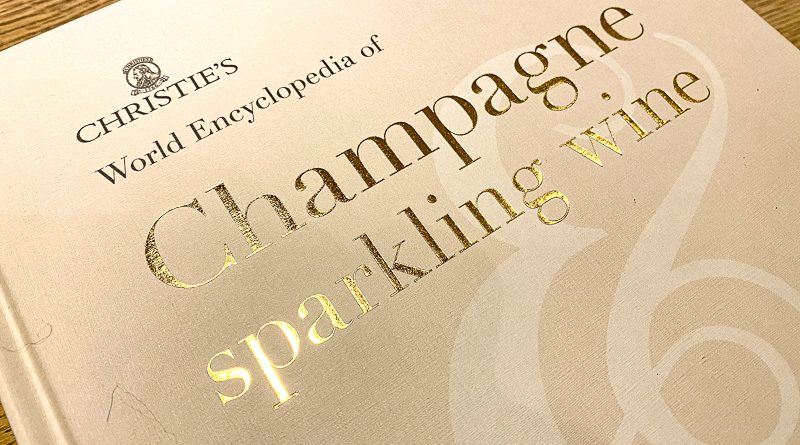 This is the new (2019) edition of the most comprehensive guide to sparkling wine, a category that’s exciting at the moment. Tom Stevenson has been the world’s leading expert for a while now, and is now working closely with another top sparkling critic, Essi Avellan. She was involved in updating the last edition of this reference work (2013). Both also judge the Champagne and Sparkling Wine World Championships (CSWWC) which they set up with the late Tony Jordan. It’s a competition notable for having only three judges. As well as being very experienced, they all seem to share the same style preferences for sparkling wine. More on style preferences later.

This is a large, heavy book which retails at £200, four times the price of the previous edition. A price tag like this subjects the book to more scrutiny than if it were priced in line with other reference works, such as the Oxford Companion to Wine or the World Atlas of Wine.

A new addition is the inclusion of the results from the latest CSWWC. I’m not keen on this. This is a reference work that is updated once every six years, and the results for a competition like the CSWWC date fast. They also take up a lot of space in an already large book, and it feels like if you are paying this much for a book, it shouldn’t be carrying advertising of this sort.

There’s an introductory section which goes through the background of sparkling wine, such as its history (some good scholarship here) and an explanation of the winemaking process. The bulk of the book is taken up with an encyclopaedic tour around the world of sparkling wine, with regional overviews followed by producer profiles. This is where the book is peerless: although there are many books about Champagne, there’s no other that has attempted to cover sparkling wine across the globe. And few are as well qualified to do the job as Stevenson and Avellan. One useful feature is the attempt to rank each producer (by means of a score out of 100) on a universal scale. This means that if a Champagne producer scores 89 and a sparkling producer in Canada scores 89, then they are peers, and Stevenson and Avellan consider them to be making wines of equal quality. Notable wines from each producer are also scored with a star system.

The 100 point scale used here for producers is not like the inflated scale used by wine critics. To get 90 is very hard indeed, and there are plenty of producers in the 70s and 80s. So it is a useful scale, and avoids compression in the 90s, where anyone good essentially gets the same score.

This is where we run into the problem of stylistic preferences. Avellan and Stevenson are accomplished tasters and deserve the acclaim they have. But they seem to show a bias for a certain style of sparkling wine, rewarding purity, and the brightness and focus of the reductive style, and penalizing anything slightly oxidative, or with quirks. On Champagne, the houses do very well; the growers less so. I looked up the scores of some of my favourite Champagne producers (mostly growers, and some smaller houses):

Compare these scores with those given to some of the houses and cooperatives:

For me, and my palate, this is problematic. Agrapart the same score as Castelnau? Moët and Pommery, the same as Egly Ouriet and Larmandier Bernier? Palmer better than Gimmonet and Ulysse Colin? I am not as experienced a Champagne taster as the two authors of this book (no one is, probably), but I find these score discrepancies hard to understand. The lack of score for Selosse is puzzling: it turns out it is because the wines are considered inconsistent and made in an oxidative style (I checked with the authors). It’s perfectly acceptable not to like the style, and bottle variation can be an issue, but with Selosse’s influence on the region, I’d have thought he would deserve a much longer entry, with some of these issues highlighted alongside a discussion of his impact on the rise of grower champagnes.

Other regions have a few surprises. Canada, a country whose wines I know particularly well is given a superficial treatment, with low scores. Lightfoot and Wolfville, one of the best sparkling wine producers in the country, is missing, as are Haywire, Tantalus, and Bella. There are many entries without scores, such as Hinterland and Blue Mountain. New Zealand does a lot better, with some generous scores. (Sometimes a little over-generous.) Hunters make some tasty fizz, but 91? The same quality level as Ulysses-Colin and Gimonnet? And let’s skirt diplomatically past the section of the wines of Great Britain.

This might seem overly negative. After all, no other book has tackled sparkling wine globally in such depth. Most of the other reference works out there use a team of many contributors (often not well enough acknowledged), but this is all Avellan and Stevenson’s work – and, as with the CSWWC – there’s a strength in having the opinions of two or three global experts, rather than the voice of many of varying expertise and stature. This has, however, brought with it a certain stylistic leaning. I’d love to be more positive in my review, but I’d be doing my readers a disservice if I didn’t point this out. If your palate aligns with Avellan and Stevenson, then I’d recommend this book unhesitatingly. If you are a fan of the top grower champagnes and artisanal houses, then it might not be for you. 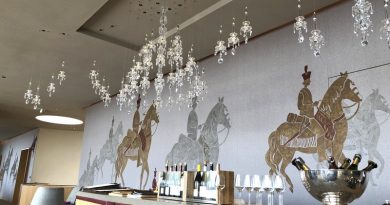 Lunch at Le Bellevue, in the Royal Champagne Hotel, Epernay 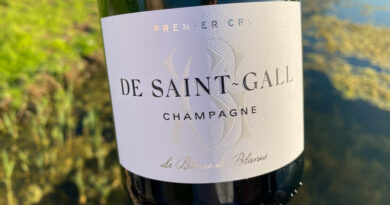 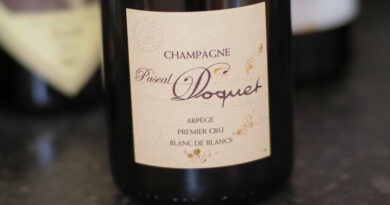