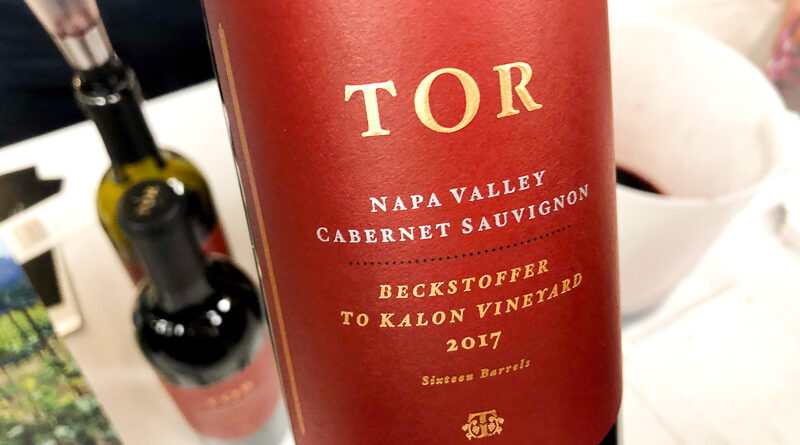 Tor Kenward spent 27 years with Beringer. When he retired in 2001, he set up his own winery, TOR Wines, based in St Helena, in the heart of the Napa Valley. The business model behind the winery was simple: make small quantities of high-end wines from privileged sites in the Valley. Winemaking is in the hands of Jeff Ames.

I tried these three wines together. They are all Cabernet Sauvignons from the Oakville district, but from rather different vineyards. One of them is from the most famous Napa vineyard of all, To Kalon. But the owner of this particular bit of To Kalon – Andy Beckstoffer – won’t like it if you call it simply To Kalon. It’s Beckstoffer To Kalon.

This vineyard produces some of the most expensive grapes in the world. Beckstoffer is now 80, but still fully active. He doesn’t make wine, but owns vineyards, including six famous heritage vineyards in Napa (of which his block of To Kalon is one). Altogether, Beckstoffer owns 1100 acres in Napa, 1300 acres in Mendocino and 2000 acres in the Red Hills AVA in Lake County.

Beckstoffer is famous for his pricing strategy. If you want to buy some grapes from To Kalon, for example, then you will have to pass an interview. He’ll need to know that you are a serious winemaker, and that your proprietor has the appropriate ambition. Because this is, in effect, a joint marketing proposition. The wine will have to say Beckstoffer To Kalon on the label. And the grapes are fiendishly expensive.

The pricing formula is quite complex. Basically, you can pay per ton, or by 175 times your dollar bottle price per ton (it used to be 100 times bottle price until a shift in 2015), whichever is most expensive. And there’s a minimum sale price for the bottle of $125. The price per ton is currently $18 000. And there’s also a minimum price per acre of $45 000, just in case someone wanted to drop too much crop. The cheapest To Kalon Cabernet bottle on the market is $150 which works out at $26 000 per ton. And in an interview with The Drinks Business, Kenward has stated that he pays $44 000 per ton. That’s a lot of money.

The grapes are picked at 24/25 Brix and they don’t water back (in California it is legal to add water to the must). Alcohols are around 15% for these wines. They’re in a classic midern Napa style: very ripe, but still with some definition.

TOR Tierra Roja Vineyard Cabernet Sauvignon 2017 Oakville, Napa Valley, California
This is a four-acre hillside vineyard with iron-rich red volcanic soils with some big rocks. It’s owned by Linda Neal and they are the only ones to get fruit from it. Facing west, the vines were planted in 1989 and this is aged in 100% new Taransaud oak. Sweet, dense and ripe with nice structure, and a spicy framing to the lovely black fruits. Structured and dense. 94/100 ($155)

TOR Vine Hill Ranch Cabernet Sauvignon 2017 Oakville, Napa Valley, California
They work with 20 year old vines here from Block 7, planted on gravelly soils with some cobblestones. (The vineyard has alluvial gravels but also some parts have weathered volcanic soils, and it’s gently sloped, abutting the Mayacamas mountain.) Matured in a mixture of Taransaud and Darnajou barrels. Sleek, smooth, fresh black fruits here: very polished and ripe. Dense and concentrated on the palate with nice smoothness to the tannins. Very assured, this is a classically structured wine with lots of cassis. 95/100 ($225)

TOR Beckstoffer To Kalon Vineyard Cabernet Sauvignon 2017 Oakville, Napa Valley, California
This is planted on a gentle slope in the western foothills of Oakville, and has loam/clay soils with a gravelly subsoil. One cluster per shoot, harvested on October 6th, and matured in Darnajou barrels. Exotic spices on the nose: this is very ripe but quite focused with fine spices, firm tannins and sleek black fruits. There’s a bit of grip here, with good structure, and notes of cocoa and spice. A ripe Cabernet. 94/100 ($225) 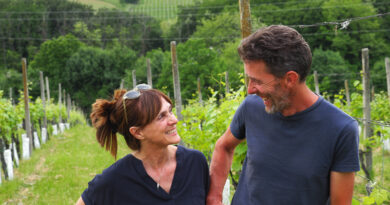 In Slovenia (4) visiting Roka, in Kog 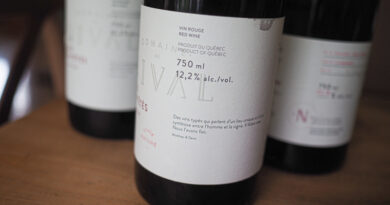 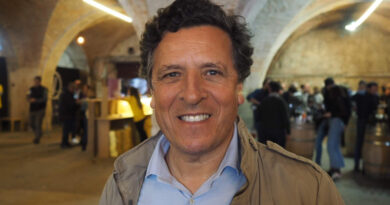 The wines of Rui Reguinga, a leading Portuguese wine consultant’s own projects