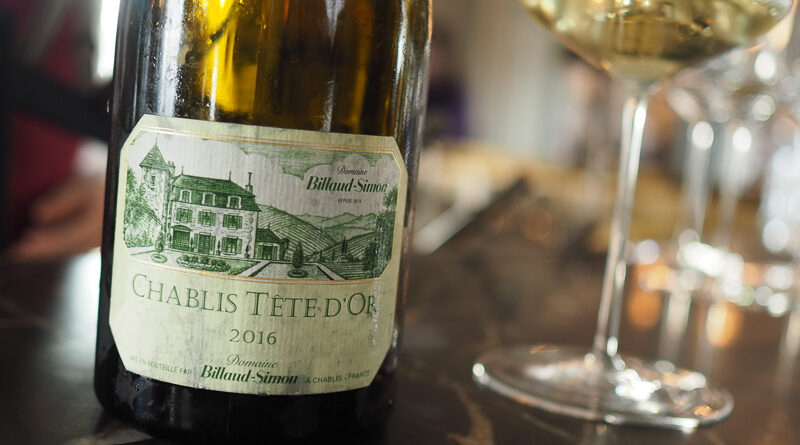 I’m a great fan of the wines of Chablis, one of the few monocepage regions focusing on just Chardonnay from limestone spoils. This was a great chance to look at the wines Billaud Simon, the well-known Chablis domain recently purchased by Faiveley, with Erwan Faiveley.

When Erwan took over at Faiveley in 2005 they were mostly a red wine domaine, but they considered themselves skilled at making whites, even though they were making very little. ‘We had a tiny plot of Corton Charlemagne that was highly praised,’ says Erwan. ‘I wanted to change things with the reds, but as far as the whites were concerned, we really nailed them. I wanted to increase our white wine production, starting with the Côte de Beaune. Back in 2008 we bought some vineyards in Batard-Montrachet, Bienvenues Batard-Montrachet and Puligny 1er Cru.’ This was a good start, but Erwan had his sights set on Chablis. ‘The problem we faced was top domaines in Chablis are rarely on the market, and the majority of them were not for sale – and far from being for sale.’

‘In 2008 we almost bought Laroche,’ he says. ‘And I’m sad we didn’t [Alivini bought it]. I don’t understand why we missed it. It has spectacular vineyards.’ Laroche has 100 hectares of vines and 15 of these are in the Grand Crus. Erwan says there are only 10-12 domaines on the Kimmeridgian soils that he loves. There are 1000 hectares of Kimmeridgian soils out of 5000 hectares in the region, he says.

But Billaud-Simon potentially was for sale though. ‘A lot of people were looking at them because back then the family was going through some tension. I got to know them, talked with them and explained what was on my mind. It was not an easy situation. Part of the family wanted to retire, part of the family wanted to make the most money out of it and one of them wanted to remain a vigneron. We found a way to address all these demands and in 2014 we bought 85% of the Domaine. The rest went to Samuel Billaud who had been the winemaker for a couple of years. He fought with his uncle Bernard Billaud, and when we bought Billaud Simon he saw an opportunity to get his vineyard back and he started his own domaine.’

Bernard Billaud left the winery in July 2014 when they bought the domaine, and this is when Olivier Bailly joined as winemaker. ‘It has been a tough journey,’ Erwan says, ‘because in 2015 it hailed one week before harvest (this is extremely rare), and in 2016 and 2017 Chablis was frosted. At last in 2018 we had a full crop, with great quality too.’

‘Even though we bought Billaud Simon, this is certainly not Faiveley,’ says Erwan. ‘We own it but we want to work separately in terms of winemaking and philosophy.’

The philosophy of Billaud Simon was very unusual to Erwan. ‘We discovered a winemaking style that we had no idea could work,’ he says. ‘But it worked very well. In 2014 we let the team do what they usually did, but since we were the owners we looked at what they did, and we were very surprised how late they picked. They were the latest in Chablis by far. At Faiveley we tend to pick a little early. We thought it was bizarre, yet it worked very well, so we have kept that philosophy.’

There are a few things that they have changed. ‘Bottling is an important moment, a moment when you need skills and the right people. We would send two people from the domaine to Chablis to make sure that it is well done. It is something very precise. Billaud Simon used to outsource bottling, but we thought to get state of the art we needed our own line. We bought a small state-of-the-art line.’ They also share the same laboratory.

I asked Olivier about the winemaking. ‘We use small boxes for harvest, and afterwards I have a sorting table.’ After, the winemaking is classic for Chablis with a pneumatic press, and settling for 48 h. ‘I like a good settling: it is important for the purity of the wine.’ The turbidity is less than for wines from other parts of Burgundy: Olivier goes for 50 NTU, which is very low. After alcoholic fermentation takes place in vat or barrel, and is inoculated with a neutral yeast. ‘Each appellation is very different,’ he says. ‘The philosophy is to respect the terroir. If you taste Vaillons, it is not the same taste as Mont Mileu. After alcoholic fermentation there is malolactic in vat or barrel.’ They haven’t changed much in terms of winemaking, but they have introduced some inox barrels for the small cuvées. ‘For the Blanchot we use less oak than in the past,’ says Olivier. ‘The viticulture was already good. And we have some excellent vineyard sites, with old vines.’ They are nor organic, but they don’t use any herbicide.

Erwan has some controversial things to say about organics. ‘We don’t believe in organics. In the coming years we might see the last days of organic wine. People realise that organics means sulfur and copper. I think this is madness. The only way we aren’t organic is using fungicides.’ Why? ‘We think sulfur and copper are not good for the soil and maybe also for the health,’ says Erwan

When they bought Billaud is was making a bit of negociant wine buying in grapes. ‘Finding good contacts in Chablis is not easy,’ says Erwin. ‘Olivier is a very social guy and plays a lot of rugby. Our aim is not to increase a lot, but slowly if we can add some good contracts, Kimmeridgean soils only, in the 1000 ha around the Chablis area.’

Billaud-Simon Chablis Tête d’Or 2016 Bourgogne, France
Two plots below Monte de Tonnerre make the bulk of this, and it’s not premier cru because it’s a frost-prone area. 20% barrels. Very fresh and linear. Crisp and pure with lovely clean citrus fruit with a hint of dairy. Fine, elegant and quite precise. 92/100

Billaud-Simon Chablis 2017 Bourgogne, France
Just aged in vats: no barrels. Intense and quite mineral with lovely intensity. There’s a bit of cream and breadiness under the linear lemony fruit. There’s good concentration here with some white peach and pear. Fruit-driven with nice purity and depth. 92/100

Billaud-Simon Chablis 1er Cru Vaillons 2017 Bourgogne, France
They have just over 3 hectares of Vaillons, with six parcels in four climats. Just one barrel out of 8000 litres. This is a fresh, crisp premier cru. It’s often open quickly, it’s pleasant, and a little less complex than some of the others. This 2017 is intense and vibrant with lovely precision. There’s a delightful lemony intensity here, with some pear and melon richness lurking under the intense citrus fruit. Bright and linear, covering lots of parts of the flavour spectrum. Pure and refined with a lovely mineral core. 94/100

Billaud-Simon Chablis 1er Cru Mont de Milieu 2017 Bourgogne, France
Soils are a bit sandier. Four plots. Great concentration and intensity here, with a striking linear mineral core and vibrant citrus fruit. It’s powerful and rich with some nectarine and spice with a vibrant fruitiness. This has such intensity to it, with some richer notes beautifully supported by a mineral, acid backbone. This is thrilling. 95/100

Billaud-Simon Chablis 1er Cru Monte de Tonnerre 2017 Bourgogne, France
More white clay. Three plots, with a bit more oak in this wine in 2017. This is brilliant. There’s a strong citrus, pineapple and green herb drive here, with an almost eternal finish. The acidity is precise, but the concentrated fruit and a faint support from oak give some richness. Very fine and intense, with layers of flavour. Real finesse here, but surprisingly approachable now. 95/100

Billaud-Simon Chablis Grand Cru Les Preuses 2017 Bourgogne, France
60 year old vines. The vineyard is quite stunning. The vines are old and huge and look like trees. Just three barrels from this vintage: stainless steel barrels only. This is concentrated and refined with a lovely smooth citrus character, and real intensity and purity. Linear with some creamy hints in the background, and a sweet peachy note adding some generosity. There’s incredible elegance and harmony here: so beautiful and refined. Such elegance and depth with a mineral edge. 96/100 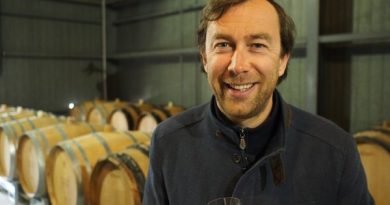 Champagne Ulysse Collin: visiting and tasting with one of the region’s new stars 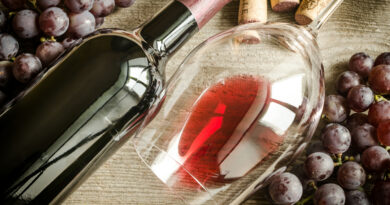 The most famous Italian red wines and their pairings 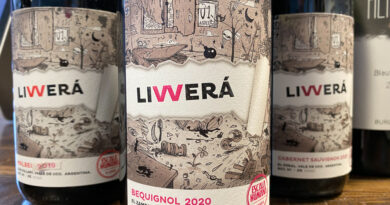