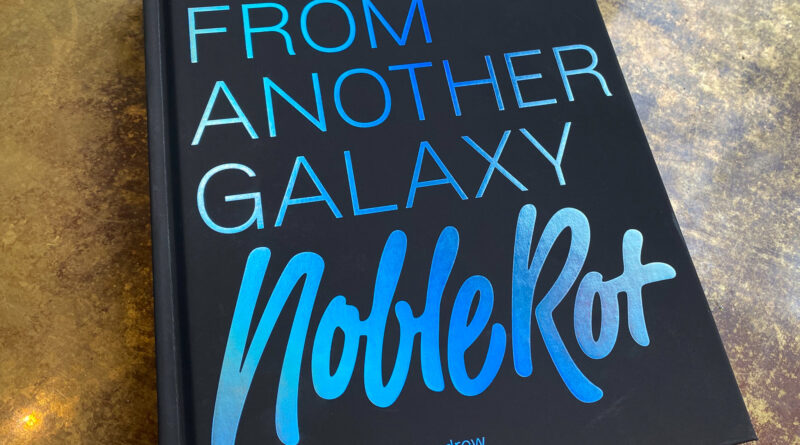 Yesterday was the book launch for Wine From Another Galaxy. Mark Andrew and Dan Keeling, who launched a wine fanzine Noble Rot a few years back, and then the eponymous restaurant, and most recently a second restaurant, now have a substantial book to their name.

Beautifully produced, and very much sticking with the house style – modern, on-trend, whip-smart, and putting wine firmly in its context – this is book celebrates the sorts of wines that Noble Rot has become so well known for championing, which you could best describe as high-end with a natural slant – wines that are compelling and authentic and often taking in newer regions and producers. The book was launched at a long lunch yesterday at Noble Rot’s Lamb’s Conduit Street (LCS, to distinguish it from NR Soho), where a great selection of some of the wines featured in the book were drunk.

I should start with a quick review of the book itself. ‘This is a distillation of the last five years’, says Mark at the lunch. ‘It’s a manifesto of what we like to eat and drink; a hitchhiker’s guide to navigating your way through some of the trickier parts of wine.’

It begins by sketching the journey that Mark and Dan have had over the last few years – and they’ve travelled far in a short time. I can’t remember the London wine scene without Noble Rot as part of it, but that’s probably because my memory has been so warped and distorted by the immense presence that this place has had, and its enormous contribution to interesting wine in the capital (it opened in November 2015, almost five years ago). Then there’s a short ‘introduction to wine’ section, which is useful assistance for those readers less fluent in wine geekery, providing informed, balanced advice.

The bulk of the book focuses on Mark and Dan’s tours round the interesting parts of the wine world. They’ve visited some of the top names in the world of authentic wine , including many stars of the natural wine movement, and the pen pictures are illustrated with some striking photography, mixing moody monotone with colour. As well as producer visits, there are memorable dinners, great wine lists, and notable wine lovers.

If you’ve read the magazine, you know what you are in for. This book is one to cherish, and dip into at leisure, glass in hand: preferably something from one of the featured producers. So here were the wines we drunk at the launch.

Champagne Pol Roger 2002 (magnum)
The classics are frequently classics for a reason. This is in a superb place: fine toasty notes, linear, slightly crystalline citrus fruit core, and tapering acidity leading to a precise finish. So expressive. It doesn’t shout its greatness; it’s just there. 94/100

Jean François Ganevat Les Chamois du Paradis 2015 Côtes de Jura, France
From a parcel of old vine Chardonnay on clay/limestone soils, this spends two years in 500 litre barrels and has no added sulfites. Saline and mineral, this is really expressive with great concentration and precision. Subtle herb and wax notes in the background. Very fine despite the warm vintage. Thrilling stuff. 95/100

Comando G Rozas 1er Cru Vino de Paraje 2018 Sierra de Gredos, Spain (magnum)
Grenache from granite. Very pale in colour, this is light and expressive with lovely strawberry and cherry fruit and nice acidity. Fine and focused with a hint of wildness and a touch of warmth. So many facets to this wine. 95/100

Foillard Morgon Côte du Py 2018 Beaujolais, France (magnum)
This is a rich expression of Côte du Py, hitting 14.5% alcohol. Despite this, it’s still fine and expressive with great concentration to the sweet black cherry and blackberry fruit with hints of tar and spice. Has some structure here, and also a faint saltiness to the sweet fruit. 94/100

Joliette Petit Manseng L00-29 Vin de France (Jurançon)
This is a wine that dates from the time when caviste Michel Renaud owned Clos Joliette, the mystical domaine of Jurançon that made many a unicorn wine. The wines have been commercialised by current owner Lionel Osmin with a serial code. So this is lot 29 from 2000, and the yellow wax indicates it has between 10 and 30 g/litre sugar (the wines all differ in their sweetness; this one has 17 g/l). This one is complex, savoury and has nice richness with sweet, spicy marmalade notes, some lemon, fine herbs and a bit of saltiness. Real intensity here. 94/100

Produttori di Barbaresco Barbaresco 1995 Piedmont, Italy
Supple and elegant with fine red cherries and plums. So supple with bright red fruits and some liquer-like richness to the fruit, giving the mouthfeel a silky quality. Has a little evolution, evident in notes of wax and iodine, but it’s drinking so beautifully right now. 94/100

Royal Tokaji Essencia 1993 Tokaji, Hungary
Not often you get to try an essencia, and an aged one at that. Brown in colour, this has intense notes of raisin and spice with some peach and apricot fruitiness. Baked apple notes, too. Profound, ethereal and really complex. 96/100 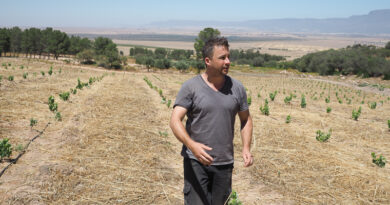 In South Africa: visiting the new home of Testalonga 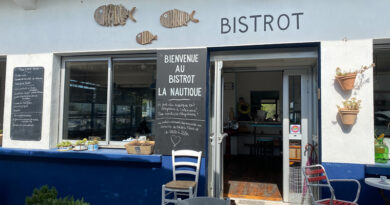 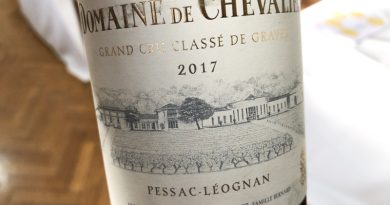