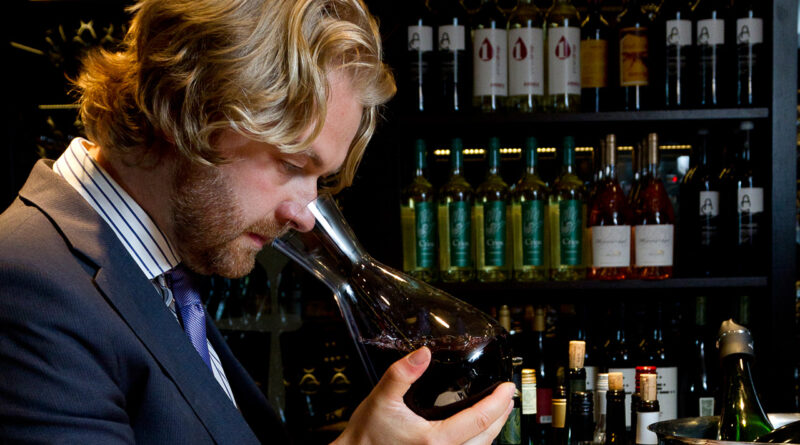 I don’t remember ever meeting Terry; he was one of those individuals in my wine life that was seemingly, reassuringly, always there. Until last week, that is, when Terry passed suddenly from a heart attack in London, where he’s been residing these past five years.

I reckon it must have been around 2010/2011, when Terry, who is my age, returned to his home town of Vancouver to open Hawksworth Restaurant, as Wine Director. He had been working and living in London since 2003, bitten early and fervently by the hospitality bug. The industry was a natural for the affable, charismatic, and engaged Terry. He had a genuine interest in people, and an innate ability to interact and communicate with folks in an authentic, personalized way. His intrinsic nature with humans was on par with his ease and understanding of wine. Over his seven years in London, Terry was the head sommelier and wine buyer at Michelin-starred Chez Bruce, tasting, travelling, training with the top bottles, and wine community, on the globe. While overseas, he stayed connected to the local wine industry in BC, returning to Vancouver each year to assume his role of wine director for the Vancouver International Wine Festival (VIWF).

This is how I first remember Terry, scurrying (impeccably dressed as ever, mind) around the back hall labyrinth of the Vancouver Convention Centre, checking bottles, directing the impressive sommelier team, hosting trade sessions, and basically leading wine logistics for the week+ event, North America’s longest running wine festival. It was a truly personal affair for him, and I’m pretty sure between all the early morning meetings, evening public tastings, and after parties, Terry slept zero minutes over that week every year. He even tapped his family to assist; I met his brother Dan at VIWF one year when he was hard at work, conscripted for ‘wine logistics’. Terry was close with his tight-knit family, a big part of the reason he returned to Vancouver to open Hawksworth.

While in BC, he also gave back big to the sommelier community, hosting seminars, holding tastings, and growing junior sommeliers into future wine directors. His international experience led Hawksworth to one of the top wine programs in Canada, a position it still holds today, under Bryant Mao. Terry worked with Bryant at Chez Bruce, and he was Terry’s choice to replace him and take over the sizeable reins at Hawksworth when he moved on. The consummate professional, and impressively humble, Terry always led by example. In 2012, he was named Sommelier of the Year by Vancouver Magazine, the Vancouver International Wine Festival, and California’s Sunset Magazine. As part of his VIWF honours, he was invited to make a wine in conjunction with Okanagan Crush Pad, with proceeds benefitting the BC Hospitality Foundation. I held onto my bottle of TNT Chardonnay (so named for Terry Nicholas Threlfall) for a few years after release, realizing his style, and goal, for the wine. It was one of my highest scoring Canadian Chardonnays of that time. Here is my note, from late 2017:

Okanagan Crush Pad TNT Chardonnay 2012, Okanagan Valley, BC
From the cellar. Honeycomb and light beeswax bed this chardonnay, one lifted with a groundswell of acidity and left afloat with a shimmery vibrance. This was the third of Okanagan Crush Pad’s Wine Campus Program wines, made in conjunction with Vancouver’s Sommelier of the Year; in 2012 the recipient was Terry Nicholas Threlfall. Terry selected limestone studded Cerqueira Vineyard for his Chardonnay, and opted for concrete egg for aging. The proceeds from the sale of the Wine Campus wines goes to the BC Hospitality Foundation wine scholarship fund, supporting students pursuing wine education. The concrete complements the textural minerality inherent in this higher elevation, north Oliver vineyard. Earthy lees flirts with licks of flint and is overridden by wild herbs and giant flake salts on a creamy, lemon base. There’s a ripeness to this wine that tips to new world climates, but a framework and elegance that harkens the old world. This is a powerful, savoury white wearing its age very well, and is ready for drinking now. Dynamite. 92/100 (11/2017) TR

When Terry announced he was moving back to London around 2015, the local industry was rocked, but couldn’t have been surprised. He had been returning to the seat of the wine world regularly to judge and taste for Decanter, as well as advise private clients. When the opportunity to take on the wine buyer position at Selfridges was offered, truly a dream job, he was up for the challenge. Though he was a great leader and role model to Vancouver’s wine industry, this was Terry’s chance to affect change on a major playing field, and over the past five years, he’s had incredible success growing and shaping their peerless wine program.

I’ve been fortunate to cross paths with Terry often throughout the years, mostly of late in London, when I’d run into him at wine dinners, Decanter judging, and the annual Canada House Tasting. We’ve travelled together, presented on panels, sat on committees, and judged in the same competitions. Though he was proper shite at text messaging, we managed to keep in touch sporadically, if not regularly, and he was one of those people that you could easily pick right back up with where you left off, no matter the gap. The last time we spent much time together was a couple of years ago now, when I was in London in November for International Wine Challenge judging. Together with my Canadian judging colleague, Roger Maniwa (also a Hawksworth sommelier), we met at a wine bar at the iconic Selfridges, on Oxford Street. It was my first time in the historic department store, and it was all done up for the holidays, so festooned and decorative. I remember Terry opening a magnum of Krug as our trio sat in the store and caught up, laughing and chatting until closing hours. He was always exceptionally busy, with a packed travel and social calendar, and ample professional pressures, but when Terry was in front of you, he gave you his full attention, always. It’s a trait I will always remember, his generosity of spirit, and his core of kindness.

Like so many others around the world, evidenced by the numerous tributes this past week, I was inspired by Terry. He proved that a geeky wine kid from BC could have a successful international career in wine, and do it with integrity, respect, intelligence, and graciousness. Vale my friend.

Jamie Goode adds: I met Terry for the first time in Vancouver in summer 2014. We shared many Canadian friends in common, and he was immediately likeable. Over the years, we’d run into each other regularly. Last year, I went on three trips with him (Tenerife, Finger Lakes and Ribera del Duero). He was a great travelling companion: always of good cheer, fully participating, but in a gentle way. Everyone liked him. You don’t get the gigs Terry got unless you are astonishingly smart, knowledgeable and competent, but Terry wore his knowledge lightly. For him to pass, aged just 43, is a terrible shock, and inconceivably sad. 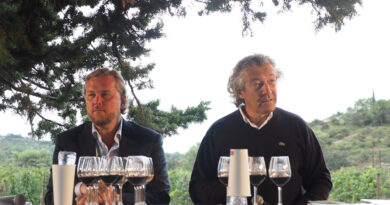 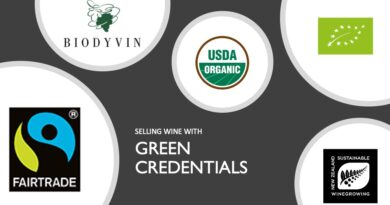 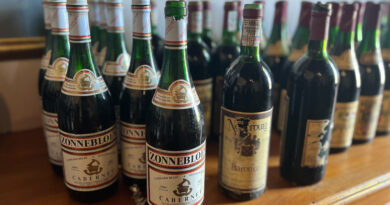 Old South African wine: raiding the Winshaw cellar back to the 1950s