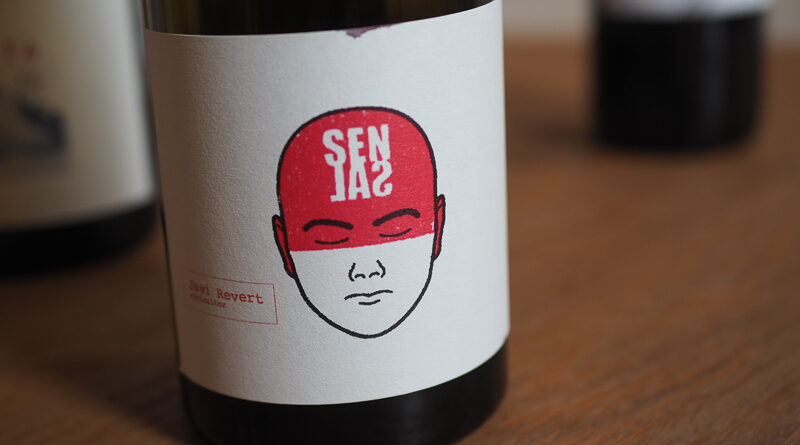 Valencia is a region in eastern Spain not known for fine wine production, but there is one winegrower – Javi Revert – who is busy changing the region’s reputation. I caught up with him via Zoom for an interview, and tasted his wines.

Revert grew up in the village of Font de la Figuera, where his own project is now based. Both his grandfathers had vineyards and a winery each. ‘But when the cooperative began in my village in 1971, they closed the wineries and sent their grapes there,’ he says. ‘I have always loved vineyards and I have always worked in them.’ Revert went on to study agronomic engineering, and in 2009 he began working at Cellar de Roure in Valencia.

‘Roure was a very good winery to learn in,’ he says. There, he began making wines in an elegant, restrained style, with balance and moderate alcohol. He also began travelling widely. ‘I have been travelling for the last 10 years, to learn,’ he says.’ I am a close friend of Dani Landi (Comando G) and Jose María Vicente (Casa Castillo) and I have travelled with them.’

Revert says that in particular, his travels in Argentina taught him an important lesson. ‘In Spain people are always talking about old vineyards, but they are not thinking about where the old vineyards are. To me, when I was in Argentina with Seba Zuccardi I learned a lot about that. The important thing is the place, not the grape. The grape should be one that can express the landscape, but it is not important.’

Revert left Roure in 2019 to focus on his own project, which bears his name. He’s based 100 km south of the city of Valencia and 50 km inland. The vineyards are around 700 meters above sea level. ‘I think it is a very nice landscape,’ he says. ‘We have the vineyards close to the mountains. There are a lot of vineyards in this region, but most of them are in the valleys. I am coming back to the old vineyards that are close to the mountains.’

Here, he’s putting into practice the lessons he learned in Argentina, that terroir trumps vine aged. ‘To me, it is more important to be working in this place rather than working with old vineyards,’ says Revert. ‘I prefer young vineyards in this place than the older vineyards in the valley.’

He started his own venture in 2016. ‘When I decided to do this project it was because I thought I had a very good site, in high altitude, with chalky soils, and on the north face of the mountain. But I only had 4 hectares of old vines. These were planted by his great grandfather, many years ago.’ So he’s now planting more vineyards in these ideal terroirs.

His white wine, Micalet, is from a single vineyard. ‘It’s a vineyard my great grandfather planted in 1948. Half of this vineyard is pe franco [ungrafted, on its own roots], and the other half is with American rootstock. There are six different grapes, all local ones, and they are all mixed together.’ Interestingly, although these six varieties have different cycles, interplanted in the same vineyard their cycles synchronize. Revert harvests in two tranches. ‘First I harvest the pe franco vines, and around ten days later I harvest the vines on American rootstock. The pe franco wines are less vigorous, and the grapes ripen earlier. I harvest all the grapes together. The first time I made wine from this vineyard was in 2015. In 2015 I harvested each variety separately. Then in 2016 I decided to harvest them all together, because I am not looking for varietal expression. It is nice soil, with sandy limestone. When I harvested the grapes separately I got more varietal expression, and from 2016 when I started harvesting all together, I got more terroir expression.’

The winemaking is very simple: Revert presses the grapes directly to barrels and also 54-litre glass demijohns, of which he has around 30. ‘I am using them for all the wines. I like always to have some part in demijohns. For me, they keep the purity of the grapes.’

Revert says that he doesn’t like using stainless steel. ‘I like barrels and terracotta amphorae, but demijohns give something different to barrels and terracotta. It is greater purity. I am in the Mediterranean and whites here are normally quite round and fruity with a lot of flavour. I don’t like these kinds of wines: I prefer more austere wines: more mineral wines. I care more about texture than fruit, and this vineyard is very nice because it is between 730 and 770 m in altitude. Normally the people in my area harvest whites in August. I harvest around 14-24 September, a month later than normal. When the year is warm, like 2017 or 2019, I use fewer demijohns. This is because I made the harvest a bit earlier, to pick the grapes with enough acidity. Then I think I need more barrel, because I need more structure. In colder years like 2016 and 2018, I have more alcohol and I use more demijohns.’

2019 was quite a difficult year for Micalet, with heavy rainfall right in the middle of harvest, on 14th September. ‘I harvested the ungrafted half of the plot the day before the rain. Then I waited until 24 September to harvest the second half. It is not the best year, but I like Micalet, because each vintage is different but it always has the same character. Mineral, chalky, white stones.’

Javi Revert Micalet 2019 Valencia, Spain
12.5% alcohol. This is interesting. It’s a blend of different varieties. One lot is a field blend, and then there are named varieties – Trepadell, Malvasía, Merseguera and Verdil. The wine is fermented in demijohns and old barrels. This is fresh, supple and quite mineral with nice fine spiciness framing the bright citrus and pear fruit. There’s a good focus here, with precise citrus fruit flavours dominating. The acidity is keen but not intrusive. This wine has a lovely harmony: it’s really compelling, with good concentration allied to delicacy. 94/100

Revert makes two single vineyard wines, Micalet and Simeta, but Sensal is made from several plots. ‘In the beginning, in 2016 and 2017, I made Sensal with Monastrell, Garnacha Tintorea (aka Alicante Bouschet) and Bonicaire (a local grape). The Alicante Bouschet is very old and was planted by my great grandfather as well. But I can’t make the wine that I want with this grape: it is too strong and powerful. Then in 2018 I decided to remove Garnacha Tintorea from the blend because I planted Garnacha in 2015, and in 2018 I had some grapes from these young plants. From this moment, Sensal changed a lot: it is fresher, more fluid, an easier wine, a vin de soif. In 2019 I continued this way, without Garnacha Tintorea, and using Bonicaire, Garnacha, Monastrell and Arcos. But the heavy rain in 2019 meant that 2019 has only Garnacha and Bonicaire. 70% of this wine comes from young vineyards, just three years old. With a young vineyard, planted in the right place, and worked the right way, I can get the wine that I want to make. In a young vineyard, you need to work more: you need to look for the balance. Old vineyards achieve balance alone. In Sensal 2020 there is Monastrell and Arcos because we didn’t have rain. To me it is better. But in 2019, a difficult year, I am happy because almost only with the young vineyard I got the wine that I was looking for.’

For Sensal he primarily uses an amphora (with a capacity of 1000 litres), and he has seven of them. ‘It’s a terracotta tinaja made in Spain,’ he explains. He also uses some barrel and demijohn for this wine. ‘I’m always using the three things: I don’t like only barrel. I always need a bit of amphora or demijohn to get a bit of freshness to the wines.’

Javi Revert Sensal 2019 Valencia, Spain
13% alcohol. This is from mountain vines at 670-800 metres. It’s a blend of 70% Garnacha (young vines which Javi planted, and which were 4 years old at this stage) and 30% of a local variety called Bonicaire. This unusual varietal mix (normally there’s Monastrell in the blend) reflects the challenging vintage, with quite a bit of rain. There’s no added sulfite, with 100% whole bunch fermentation. This is a really distinctive wine, showing fresh red cherries and plums with an appealing sappy edge. It’s a lighter-style red, with freshness and balance, but also some sweetness to the fruit, making it drinkable and delicious. Juicy, spicy and alive with a nice rounded texture, and a bit of spicy zip on the finish, with notes of dried herbs and pepper. Lovely stuff. 94/100

Simeta comes from a single vineyard where the soils are a little different, and the aspect is south rather than the north of the other vineyards. ‘Micalet and Sensal are more sandy and chalky soils, very white,’ says Revert. ‘Simeta has iron. It is still chalky, but it has more colour. It is around 50 years old (1971 plantings) and is planted with Arcos. This is a nice variety because it has a very long cycle, big berries, and it is very resistant to heat so it is good for this area. This long cycle preserves the acidity nicely. In 2018 I harvested it on 11 October, which is late for here, and it had a pH of 3.3 and 13% potential alcohol. It is a lighter grape: it is not like Monastrell or Garnacha Tintorea. It is a bit like Pinot Noir or Bastarda or Nebbiolo. I am planting more of this. Thinking about climate change, this is an interesting grape too.’ For Simeta 2018 he used 70% whole clusters; Sensal 2019 was 100% whole cluster.

Javi Revert Simeta 2018 Valencia, Spain
13% alcohol. This is quite special. It’s from a single plot, planted in 1970 with local variety Arcos, that is ideally suited to the region (it ripens later than Monastrell), but with phylloxera died out somewhat. One hectare of 50 year old vines, 60% whole cluster, fermented in amphorae then goes to glass demijohns after 8 months. This is really fine, fresh, pepper and detailed. There’s a massive drinkability to this wine which shows pure red cherry and cranberry fruit, but with a bit of sweet silkiness on the mid palate, and some dried herb character. It’s really vivid and layered. A lighter-style red with lovely complexity. 95/100

Revert’s wines are pretty natural, but he doesn’t shy away from sulfur dioxide (SO2). ‘I use sulfites at harvest and before bottling,’ he says. ‘I am always between 45 and 65 ppm total SO2. I like to use SO2: I think it is necessary in my area. Of course, you need to use it carefully. If you add it at the right moment and in the right doses, you can get the protection you need without too much total SO2 in the wine.’

Revert is now moving to a new winery. Actually, it’s an old winery that hasn’t been used for 15 years, in his village. It’s going to give him all the space he needs. He’s currently fixing it up, and says he’s very happy with it.

In 2019 he made 7000 bottles, and in 2020 around 10000. He is planting vineyards and eventually plans to grow to 20 000 bottles. ‘I think this is a good size. If I can keep the average price with these three wines, it is good. I have a nice winery, not too big, and I don’t have to pay too much money for the buildings. I am spending a lot of money in the vineyards.’ For now, he’s supplementing his income with consulting work, and he now makes the wines at Finca Sandoval.

Javi Revert is a great example of the next generation of winegrowers who are revitalizing the Spanish wine scene.

Conflict of interest declaration: I am being paid by European Cellars to create web and video content for them 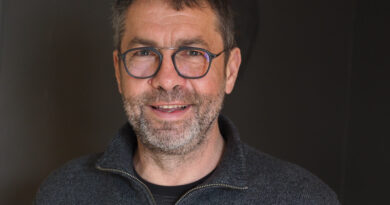 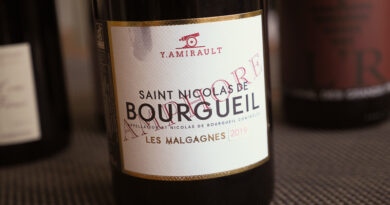 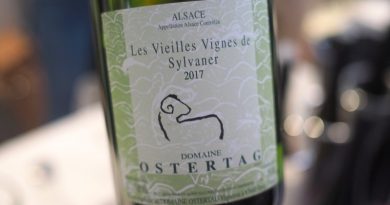