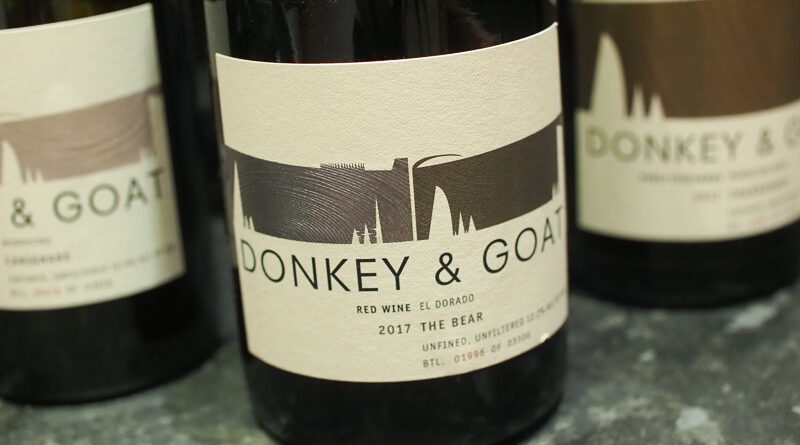 Jared and Tracey Brandt have an urban winery in Berkeley, California, called Donkey and Goat, which they started in 2003. They work pretty naturally with the only addition being minimal sulfur dioxide for some of the wines. They source sustainably farmed (and sometimes organic/biodynamic) grapes from vineyards in the Sierra Nevada, Mendocino and Napa.

Over a Zoom call I caught up with Jared to hear more about this interesting project.

Back in 2001 Jared was working for an Internet start-up in the Bay Area, and he found himself laying people off in the downturn. But he loved wine, and decided it was time for a career change. He’s met Tracey at work, and together they ended up travelling to the northern Rhône to work vintage with Eric Texier: it was 2002, the worst vintage in living memory in the region.

They came back from California but Jared couldn’t find any jobs that paid well, so with Tracey he started Donkey & Goat. ‘Our first vintage was in 2003,’ he says. ‘We got great reviews, but it was too big for us. It was a hybrid of big flavour meets natural France.’ Since 2004 they have been doing the sorts of wines they are making now from leased vineyards in Napa, Mendocino, Sonoma and the Sierra Navada.

‘Our focus is trying to be as true to the earth as possible,’ says Jared. ‘One of the things that this means for us is that we try not to manipulate. We don’t do a lot of lees stirring; we don’t add things to the wine, or use things to take things away from the wine (we don’t fine and we tend not to filter).’

The other thing that Donkey and Goat do is to put an ingredients list on their label. In their case it is short. But for others, it could be quite long. ‘One of our old interns was a chemical engineer,’ says Jared. ‘Now he’s a winemaker for Gallo in Australia, and he averages 28 ingredients in his Cabernet. It’s actually a nice wine, it’s just not a wine that I am interested in from a winemaking perspective.’

Donkey and Goat pick by hand, sort by hand and don’t like to pump anything until it is wine. Grapes are put into tanks using a conveyor (they call it a giraffe), and until 2012 they pressed everything in a basket press. ‘We found a press in Italy that has a central bladder that can be operated at much lower pressure,’ says Jared.

‘You can taste the vintages in our wines relatively well,’ says Jared. ‘Because we are not trying to manipulate them, a 2018 and a 2019 will taste different.’

The barrels are all used, and come from Helen Turley at Marcassin. ‘For different wines you want different amounts of oxygen,’ says Jared, so he tries to match wine to elevage, which might be in barrels of different ages, or larger wood, or clay. ‘We are big fans of Italian clay,’ he says. Their terracotta amphorae are made just outside of Florence. ‘Clay is super-interesting: it doesn’t have the flavour of oak, but it has pores that are slightly bigger than oak.’ They also use some amphorae made in Bordeaux, which is sandstone clay, and allows less oxygen ingress. ‘We also have foudres – 3000 litres, made of French oak – when you move to this size of tank there is much less surface area to volume, and so less oxygen.’ They also use concrete. ‘Oxygen ingress impacts how the sharpness of the acid is perceived,’ says Jared, ‘much more than anything else. We use newer oak or clay to round down acid.’

In the vineyard, Jared isn’t keen on copper sulfate use, which is permitted in biodynamic and organic farming. ‘Our attitude towards farming is that if you are going to spray the vineyard with something, if I took my kids there the next day they should be able to go into the vineyard and not have a health risk,’ he says. ‘This makes us non-standard in the organic world. I only know one guy in the Anderson Valley who is biodynamic and doesn’t use copper sulfate. This is the guy we buy fruit from.’

Water use is another issue he is concerned with. ‘California is in an overabundance/underabundance cycle of water. As a result, we like to find vineyards that are dry farmed or that are minimally watered.’ They have also experimented with not intervening in the vineyard at all. ‘We used to make a wine called untended where we had found an abandoned vineyard,’ he says. ‘Inspired by Fukuoka’s One Straw Revolution, we tried farming that way for five years. It kind of works and kind of doesn’t. There were some ups and downs. But we are super-interested in keeping our environmental impact as minimal as possible. This is one of the reasons we are in Berkeley: we don’t have an air conditioner because we get fog for free.’

So are these natural wines? ‘I have mixed emotions about the term ‘natural wine’. When we started there was no term for it,’ he says. ‘In America, most of our distributors are heavily natural wine focused. I struggle with the term because I’m not sure what it really means, and it means so many things to different people. I think there are plenty of wines out there that are undrinkable to me, and they are passed off as natural wine, and thus part of the population thinks we should celebrate them. A good friend of mine owns a wine bar, and he likes to serve me this Georgian wine over and over again that is the ultimate natural wine – they did absolutely nothing – to me it is like the ultimate vinegar. It tastes horrible.’

‘I think there is a lack of transparency in the wine business. I have a friend who does PR in Napa, and he tells me that natural wine is BS. I say, yes, the second that every one of your clients labels exactly what they put in their wine, I’ll never use the term natural again.’ He goes quiet.’

Donkey & Goat Perli Chardonnay 2017 Mendocino Ridge, California
11.2% alcohol. There’s a slight lift on the nose, with a spicy edge to the sweet peach, pear and citrus fruit. The palate has high acidity, with some layered pear and peach fruit, and also some volatile acidity at just the right level to add a sweetness and spiciness, bringing out all the other flavours, but not at a faulty level. Finishes a bit sour and spicy, but also with perceived sweetness. A really distinctive wine. 91/100 (Nekter Wines)

Donkey & Goat Testa Vineyard Carignane 2017 Mendocino, California
12.4% alcohol. Old vine Carignane planted in the early 1930s by Maria Testa’s grandfather. It is a very sandy soil. The farming is benign neglect: they till every other row each year. They haven’t used Roundup because it is expensive, and prefer to till. It has always been dry farmed. The vines are head pruned and there is no trellis. Wild ferment (c. 20% whole bunch, with 5-6% carbonic maceration) in large foudres, aged for 10 months, just a bit of SO2 at bottling. This is so fine, fresh and juicy, with lovely pure raspberry and cherry fruit. There are some floral details, as well as a touch of redcurrant brightness and a hint of dried herbs. There’s real purpose here: good acidity, appropriate structure, and lovely fine, pure fruit. Great precision, and there’s really no hurry to drink this up. Tried twice with consistent notes. 94/100 (£38 Nekter Wines)

Donkey & Goat The Bear 2017 El Dorado, California
12.2% alcohol. From two vineyards: Fenaughty and Lightner. A blend of Counoise, Cinsault, Mourvèdre, Grenache, Syrah and Roussanne. Concrete for fermentation then older oak for maturation. A lighter coloured red. So aromatic: cherries, strawberries, some savoury leather and pepper, and notes of almond and dried herbs. The palate is fresh and supple with good concentration to the sweet strawberry and cherry fruit, backed up by nice savoury character and good structure. It’s somewhere between Châteauneuf and Barolo in style: there’s the lighter colour and firm tannins of Nebbiolo, but also the silky red fruits and hint of cherry liqueur that takes me to the Southern Rhône. Shows delicacy and finesse, but not lacking in flavour. A lovely wine. 95/100 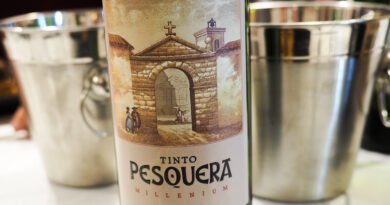 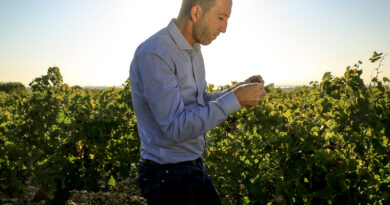 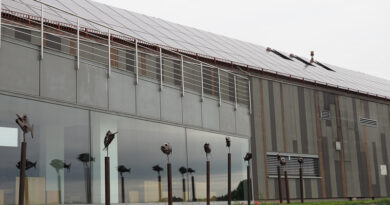