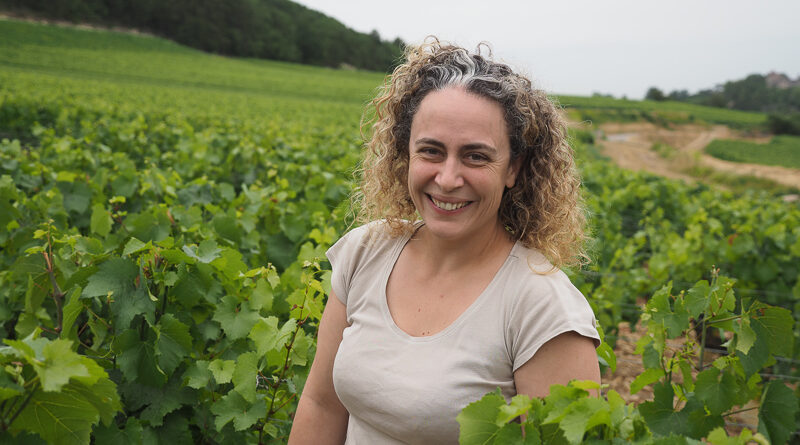 Domaine Ninot is based in Rully, in the Côte Chalonnaise. This is just south of the Côte d’Or, and shares similar geology. Ninot is one of the 23 winegrowers in Rully, a village with a population of just 1500. I visited with Erell Ninot (pictured above), who works with her brother in this family owned 13 hectare domaine.

The Chalonnaise is becoming quite interesting for top quality Bourgogne wines. It has some really nice soils, and with prices rising elsewhere in the region, there’s an incentive for winegrowers to start making more ambitious wines. The northernmost commune is Bouzeron, which is the only appellation dedicated to Aligoté (see my visit to Les Champs de Themis in Bouzeron). Then there’s Rully, which in addition to having 23 winegrowers, also has 23 premier cru vineyards, and is mainly planted to Chardonnay. Going further south there’s Mercurey, which is mainly Pinot Noir and has 20 premier crus, and then south of this is Givry (mostly red) and Montagny (mostly white).

Erell’s grandfather began putting wines from their vineyards in bottle, rather than selling grapes, and took production to around 10 000 bottles a year. They are now making 50-80 000 bottles each year.

Rully is just one slope, facing south east. It’s a slope with a plateau, and the further down you go the more you get the cereal fields, and there are fewer vineyards. In Mercurey you have south west and north east slopes, and it is more like a valley.

Erell described some of the different cuvées that they produce. Rully La Barre is at about 400 m altitiude. ‘You nice aromatics here,’ she says. They machine harvest La Barre: the vines are 40 years old and are set up for machine harvesting. Everything else is hand picked.

Rully Chaponnière has soils with a bit more clay, and just a bit of limestone. This creates wines with more body.

Rully Gresigny is planted on the rock, with very bony soils, and this makes the most mineral wine.

Vinification is 60% in barrel, 40% in stainless steel. It’s very classic with 10-18 h settling, then everything going to barrel goes to barrel. All wild yeast ferments. Usually 11 months ageing in barrel.

Domaine Ninot Rully Chaponnière 2017 Bourgogne, France
Wonderful nose of nuts and spice with vivid citrus fruit. Lovely mineral core to the palate which is bold and spicy with lovely intensity, some peachy richness and a long lemony finish. A lovely wine with lots of dimensions to it. Has richness on the mid palate. 93/100 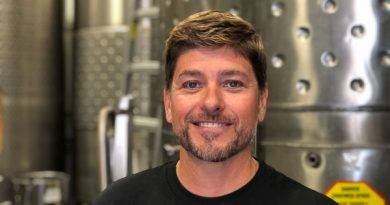 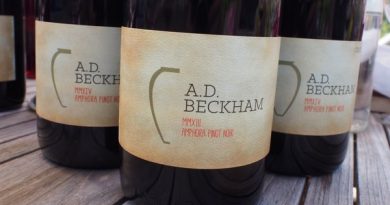 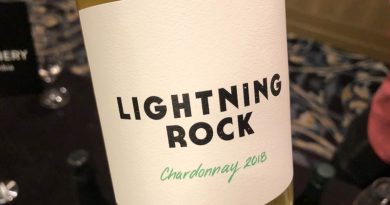