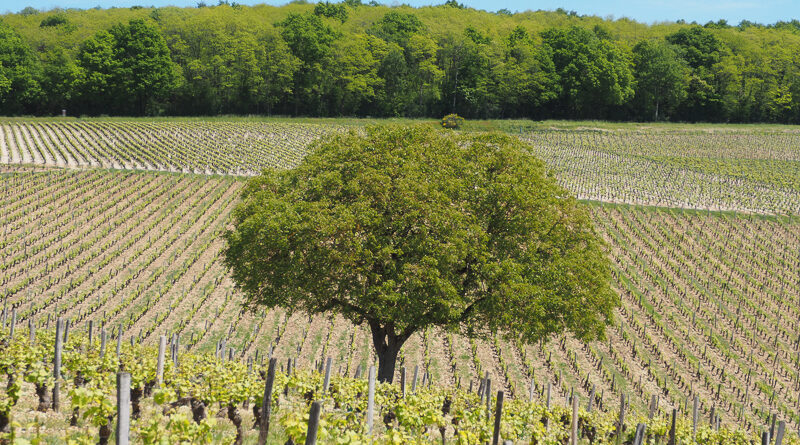 There are lots of different ways of farming vineyards. Conventional, sustainable, organic, biodynamic – and now we have the newcomer ‘regenerative’ viticulture. But what does this actually mean in practice? Jamie Goode explores the latest viticultural buzz word.

For a long time viticulture has been split into three categories. The first is what’s referred to as conventional, and this is how most vineyards are currently farmed. It’s a broad category, but if I can sum it up succinctly, it’s ‘modern’ farming, where herbicides are employed to deal with weeds, chemical fertilizers are applied to replenish soil nutrients that the vines use up, and an agrochemical arsenal is enlisted to deal with fungal diseases and insect pests. This is the most affordable way to farm (although, of course, agrochemicals do cost something), largely because it reduces labour. But now we are beginning to see that it isn’t very sustainable. The science behind this approach is simplistic, because its sole biological focus is to see the vine as the crop plant, and considers the soil to be merely a support medium.

Then we have what is described as ‘sustainable’ viticulture. There are a whole array of different certified sustainable schemes worldwide. The idea behind these schemes is to encourage growers to keep a record of what inputs they are using, and seek to reduce them. Some chemicals are banned. There’s some good science behind sustainability (in particular, the use of a set of tools called IPM, for integrated pest management), and the best schemes have reduced agrochemical inputs by quite a bit. But there’s no harmonization of rules across different countries, and sometimes the barrier to entry has been low. This low barrier has the upside that it has caught the majority of growers, and it has got people keeping records, but it runs the risk of turning ‘sustainable’ into a marketing mantra. And in most sustainable schemes, people can still use herbicides, which are bad for reasons I will discuss below.

The third category is organics and biodynamics. I’ve included the two together because biodynamic farming is organic, but it has some extra elements added, including a range of special preparations, and also specific timings for different activities. [Biodynamic winegrowers might respond that actually their way of farming is significantly different because it sees the farm as a single unit, or organism – a point I will take.] There are many things that are not allowed in organics, including herbicides, artificial fertilizers and systemic fungicides. The fungicides that are used (because they are still needed for viticulture, and more so in some climates than others) are traditional ones: elemental sulfur and copper-containing fungicides such as Bordeaux mixture. Composting is regularly practiced to improve soil nutrients and organic matter, and tillage/cultivation is commonly the method for weed control. Insects are dealt with through biological control or through the use of animals, or planting to encourage beneficial insects. In biodynamics, there is the concept of the farm as a self-sustainable organism, so frequently animals will be involved.

None of these three categories are totally separate, and there is some overlap. Very few set out deliberately to farm badly, and no one wants to spray expensive chemicals that aren’t needed. But cost restraints (often labour related) can push farmers to work in an unsustainable way. And there are some problems with all these ways of farming: in organics, where downy mildew is an issue there’s no really effective alternative to using copper as a fungicide, and this isn’t good for soil life.

But there’s a new way of farming on the block. It’s not entirely different from the existing ways of farming, but the novelty of it is the focus. [It’s probably fair to say that organics and biodynamics already have some of this focus, and are the closest neighbours to this new way of farming.] This is regenerative farming. It has been around a while: the term was coined in the 1980s by the Rodale Institute in the USA, but then went out of use and has recently been rediscovered.

Regenerative farming takes some ideas from what is known as permaculture. Back in the 1970s, Japanese farmer Masanobu Fukuoka wrote the influential book One Straw Revolution. It has been translated into English and was recently reissued, and is a delightful account of his way of farming where he didn’t plough in the traditional way, but kept growing crops on the same land. This ‘farming without farming’, called permaculture, turned out in his case to be brilliantly sustainable, and delivered good yields. It has influenced a lot of people.

Key to regenerative viticulture is the idea of the vineyard as an agroecosystem. Seen this way, we aren’t just thinking about the vine growing as our organism of interest growing in the soil. Instead, we think about all the organisms in this ecosystem, and how we can make the vineyard species rich, resilient and self-sustaining. It is about farming soils, not just seeing the vine as a crop plant.

In the past, what went on under the soil was hidden and even mysterious. It was common just to think of the soil as a physical object, not a living system. Now, with the help of next generation sequencing tools, the vast network of microbial life, as well as soil microfauna and flora, is being revealed. The rhizosphere – the soil in close proximity to the roots of plants – is particularly rich in life, because plants release some of the photosynthates they produce to the soil. The communities living there communicate, and in the case of mycorrhizae form associations with plant roots where plants trade food for the mineral nutrition that these extensive networks is able to sequester. Soil microbes also signal to the roots, and this can affect plant physiology. Of course, mycorrhizal associations have been known about for a long time – what is different about our new conception of soil life is joining everything together and seeing this as a community with many players.

The presence of roots in the soil not only feeds these communities, but also helps with soil structure. Microbial life in the soil raises the organic matter present, which helps lock carbon in the soil, thus helping with the vineyard’s carbon footprint.

The goal of regenerative farming is to use a toolkit of approaches to improve soil life, in order to get the soil working again and reducing the need for inputs. One of the key tools here is cover-cropping. If you have a nitrogen deficiency, use a nitrogen-fixing plant like clover. If your structure needs improving, what about a plant with a tap root, like daikon radish? Grasses such as oats can help, too. And certain flowering plants create refuge zones for beneficial insects. Look to join up wildlife corridors where there is extensive vineyard, for example by planting hedges. There’s even interest in agroforestry, where specific trees are introduced into the vineyard (although few are doing this yet). It’s common to roll these cover crops once the growing season is underway so they can act as mulches, preserving soil water and also releasing nutrients as they break down.

Because the emphasis is on soil life, the use of herbicides is incompatible with regenerative farming. If nothing is growing in the soil, then its life is reduced. It is liable to erosion and compaction, as its structure breaks down.

Tilling and cultivation are mainstays of organic approaches, but this is where regenerative farming differs. They damage soil structure and result in the loss of soil organic material, and so they should be avoided.

Clearly, viticulture presents different challenges in different places. If the climate is arid, with little growing season rainfall, then these are different to viticulture in cool, damp climates. Thus there can be no recipe. Instead, regenerative farming is the use of a toolkit of approaches directed towards a common goal of creating living, working soils, and farming in way that is truly sustainable. Part of that sustainability will be financial, too: as the saying goes, you can’t be green if you are in the red. Growers need to get a decent yield of healthy grapes and this isn’t negotiable if they are to survive.

Part of regenerative farming has to include aspects such as choosing the right variety for the site and farming in way that is appropriate to the environment. If you are in a hot, dry reason then growing Merlot with a vertically shoot positioned canopy makes little sense because the water needs will be excessive and it’s probably the wrong choice of variety. Grenache, for example, grown as a bush vine would be a much more sensible choice.

Growers are often scared that if they have other plants growing next to the vines that these will compete for water, and in a dry climate this might reduce yields. This might be a legitimate worry. But growing a cover crop can create a soil structure that allows any rain to infiltrate the ground, and increasing soil organic material helps retain moisture, as does using the cover crop as a mulch by mowing it.

Ultimately, regenerative viticulture is intelligent viticulture. It needs to be tuned for each situation, but this is one of its strengths, although it makes it hard to define and tie down in a definition. Expect to see more of it in the future. 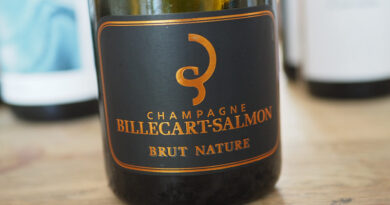 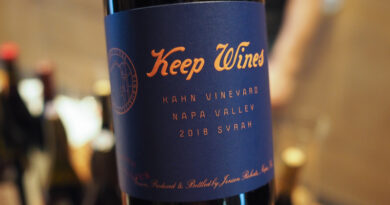 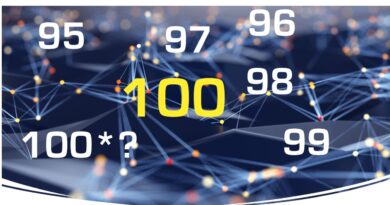