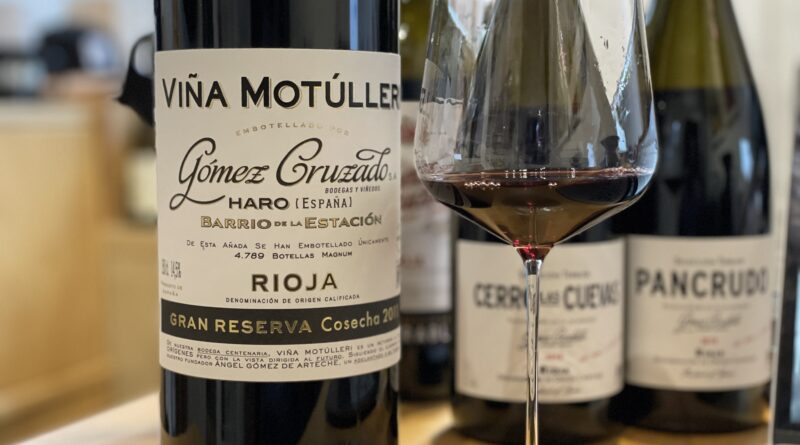 The history of Bodegas Y Viñedos de Gómez Cruzado goes back to 1886, when Ángel Gómez de Arteche, a relative of the Duke of Moctezuma, descendant of the Aztec Emperor Moctezuma II, decided to trade with La Rioja wines and settled in Haro’s Barrio de la Estación, the historic heart of Rioja. Their cellar is today one of only sixteen Bodegas Centenarias  in all of Rioja.  In 1916 the wine cellar was bought by Ángel and Jesús Gómez Cruzado, under whose management the business and vineyard holdings expanded.

In the early 1990s, the business became owned by several partners, up until 2003, when the Baños family purchased the operation. The family, hailing from Badarán, also have long ties to Mexico, where they currently reside. It’s a tidy and fitting custodianship of the business, which began generations ago from Mexican roots.

Since 2008, winemaker David González has overseen nearly 100 plots across their 50 hectares of vineyards in three sub-areas: Alto Najerilla, near the mountain range Sierra de la Demanda; Baja Najerilla, in the triangle formed by the Uruñuela, Torremontalbo and Cenicero; and the foothills of Sierra Cantabria, including Rioja Alavesa and Sonsierra.

I recently had a chance to taste through the current releases.

Gómez Cruzado Rioja Blanco 2019, DOCa Rioja, Spain
This is a blend of 75% Viura and 25% Tempranillo Blanco from a single high altitude plot in Haro, on stony alluvial / limestone soils. This used about 50% stems in the pressing, and was native fermented in stainless before a part rests 5 months in French oak on lees, with the rest aging in concrete. There’s a lovely purity on this medium+ bodied white, with creamy lees bedding Anjou pear, subtle quince, crystalline lemon, and fine spice, imbued with a limestone brightness and stony grip. Impressive drinking now, ideally with halibut or (gasp) grilled asparagus dishes. 90/100

Gómez Cruzado Montes Obarenes 2018, DOCa Rioja, Spain
The Montes Obarenes blends 25% Tempranillo Blanco from Haro; and 65% Viura, 5% Malvasía, and the remaining 5% blending Garnacha Blanca and Calagraño from their vineyard in Las Laderas de Ollauri; all off calcareous-clay soils. This was fermented and aged in 80% new French oak and 20% aged on fine lees in concrete tank. Powerful and textured, with the spiced wood and concrete grip both at play, wrapping around ripe quince, juicy pear, fragrant apple blossoms ruling the creamy, dense, slow palate. The finish lingers with toasted spice and a warming flush. Ample intensity met with freshness, drinking smartly now with proteins, and with a rest in your cellar. 91/100

Gómez Cruzado Crianza Rioja 2018, DOCa Rioja, Spain
This crianza blends 80% Tempranillo from vineyards in the foothills of the Cantabrias, and 20% Garnacha from the Upper Najerilla (Badarán), rooted in the region’s alluvial, sandstone ferrous clays. It was native fermented in stainless before 1 year in mostly new American barriques. Ripe and smooth with black cherry, perfumed raspberry, savoury salted iron notes running along a full palate. The soils give this easy amplitude and lift, with fine grained tannins leading this to a spiced finish. Such a charming, finessed, and new wave Rioja. 91/100

Gómez Cruzado Rioja Reserva 2014, DOCa Rioja, Spain
This Reserva blends 85% Tempranillo and 10% Graciano from 30 year old bush vines located at the foot of the Sierra Cantabria, and its mix of alluvial, calcareous, and ferrous soils. The remaining 10% Garnacha comes off bush vines near the village of Badarán. This was native fermented in stainless cones before aging for 18 months in new and second year French barriques, followed by 2 years of bottle ageing. Sultry black fruit caresses the textural palate, with wild blackberry, black plums, black cherry imbued with a savoury stoniness and atop worked leather. Tannins are ample, fine and gritty, housing this through a lingering ferrous finish. Beautiful acidity throughout keeps this fuller red feeling fresh. Though still stately as per the category, this is Rioja Reserva through a modern lens. 92/100

Gómez Cruzado Rioja Honorable 2018, DOCa Rioja, Spain
Honorable comes off their oldest vineyards (50+ years) in the calcareous clay foothills of the Sierra Cantabria, and is a field blend with Tempranillo in the lead, followed by Garnacha, Graciano, Mazuelo, and Viura. After 4 days of maceration, this was fermented in steel before finishing MLF in new barriques. It was then aged 18 months in French fine grained barriques. Potent and dense, with silken black cherry, blackberry, leather, roasted onions, seasoned with espresso and cracked peppercorns. Tannins are long and firm and gritty, housing this through a lingering finish. Quite a powerful wine, showing the prowess of the old vines and limestone laced soils. This is drinking well now with a decant, but will easily hold in your cellar. 93/100

Gómez Cruzado Viña Motúlleri Gran Reserva 2011
The Viña Motúlleri Gran Reserva references the historic name of the cuvée, with a heritage of more than 100 years. This comes off 60 year old bush vines in Rioja Alta and Rioja Alavasa, blending 70% Tempranillo, 25% Garnacha, and 5% Viura from the regions’ calcareous clays and iron rich clays. This was aged in French barrels for 4 years, followed by 4 years in bottle. Ripe and dense red/black fruits rule the heady palate, with baked black cherry, raspberry pie, dried cherry, fruitcake, lined with worked leather, smoked paprika, and baking spice. Tannins are ample, but now with time have sunken into the dense fruit, leading this to a lingering dried floral finish. The most traditionally styled of their wines, and one that should rest well in bottle (bottled in magnums only) for some time in cellar. A current take on a traditional style. 92/100

Gómez Cruzado Pancrudo 2019, DOCa Rioja, Spain
Part of their Selección Terroir series, Pancrudo is old bush vine garnacha rooted in the ferrous clays of Badarán (Upper Najerilla), at 650m. After a native ferment in stainless, this underwent MLF in a mix of 65% new French oak and 35% in concrete eggs. Fragrant wild raspberries, ripe strawberries flood the juicy, generous palate, with savoury worked leather bedding the perfumed and spiced red fruits. There is ample concentration in this 15% wine, but equal ample freshness to counter. The finish lingers with mineral salts and perfumed white pepper. 92/100 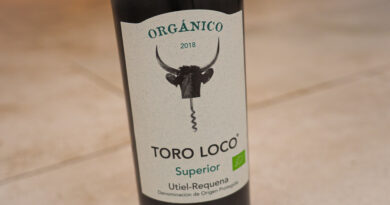 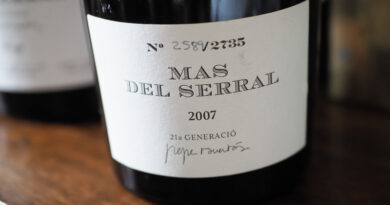 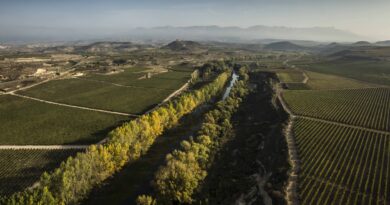