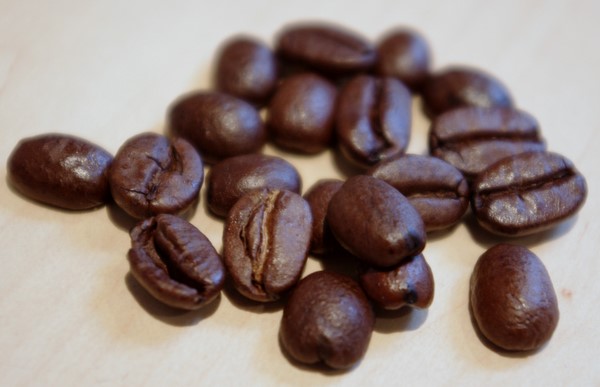 Although I’m a wine geek, I’m obsessed by all kinds of flavour, and while I don’t have a great deal of knowledge of coffee, I’m interested by it. So here are some notes from a seminar led by coffee expert James Hoffmann (www.jimseven.com) .

‘Coffee in this country is rubbish,’ says James, rather bluntly. ‘There are pockets of wonderfulness, but by and large it is rubbish.’

There are three stages in the production of coffee.

(1) Creation. ‘Everything good about coffee is in how it is grown,’ says James. The beans are known at this stage as cherries. ‘We want ripe cherries. Different varieties ripen to different colours, and can be either red or yellow,’ says James. These cherries are the size of a grape, but there is not much fruit on them: they consist of a couple of seeds (the coffee beans) covered in a sticky layer of fruit, which tastes of sweet honey and melon flavours. Inside the cherry, the seeds are wrapped in a protective layer called the parchment, and high sugar levels in the fruit are prized.

(2) Preservation. The majority of the journey: how much quality can be kept? During processing, the seeds are squeezed out, and in their sticky state they then go to a tank where the water dissolves the sugars and pectin. The more sugar that is left on the seed, the higher the incidence of defect, although Jim notes that some are beginning to experiment with leaving some sugar. It is important that there is no fermentation at this stage, just removal of sugar and pectin.

The seeds are laid out to dry, still in their parchment layer. Defective seeds should be removed by hand sorting, but only a tiny percentage of coffee goes through this sorting stage.

Coffee spends a lot of its life doing nothing in a warehouse. Many people think that coffee needs to rest, and that very fresh coffees have a green note to them. Either way, preservation of quality is the key.

Jim points out that the process of roasting the beans is a somewhat controversial issue. ‘For me, we are trying to preserve what is great about the coffee,’ he says. ‘The darker you roast a coffee, the lower the acidity, but you also get more of the bitter compounds.’ He reports that Starbucks use a dark roast, which has the benefit of tasting the same everywhere, but which he considers to be a bad thing.

(3) Extraction. This is the bit that we—the consumers—get to do ourselves. James showed the coffee brewing control chart developed by Dr Robert Lockhart in the 1960s. In this chart, the strength of the coffee (solubles concentration) is plotted against extraction (solubles yield), and there is a sweet spot that should be aimed at. The strength is the ratio of solubles to solvent, and for brewed coffee the normal range is 1.2–1.7%. Strength is a personal preference, but extraction is much less subjective: it must be in the range of 18–22% for the coffee to taste best.

James demonstrated this with two coffees, both at the same strength (1.28%). The first was an 80 g dose of coffee extracted 14.5%; the second was a 60 g dose of coffee, extracted 19%. The first tasted weaker and less complete, with more bitterness. Factors influencing extraction include time, temperature, agitation and the surface area of the coffee (it is easier to extract a finer grind).

‘Supermarket shelf ratings indicate how bitter the coffee is,’ says James. ‘1 stands a chance of being drinkable!’ He emphasizes the need to buy freshly-roasted beans with a date on them.

James is no fan of espresso. ‘It’s a pig of a way to make coffee because of the pressure. It’s only desirable because it is quick.’ Espresso is made using water under a pressure of 9 bars, which affects the rate of extraction and also gives more of the oil fractions. Chocolatey flavours are oil soluble, and these oils can enhance the mouthfeel and aromatic qualities. 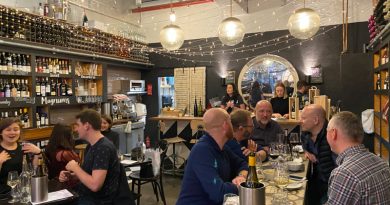 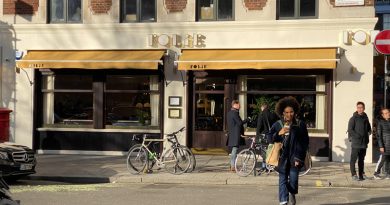 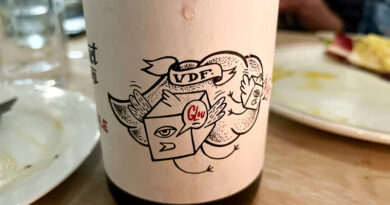