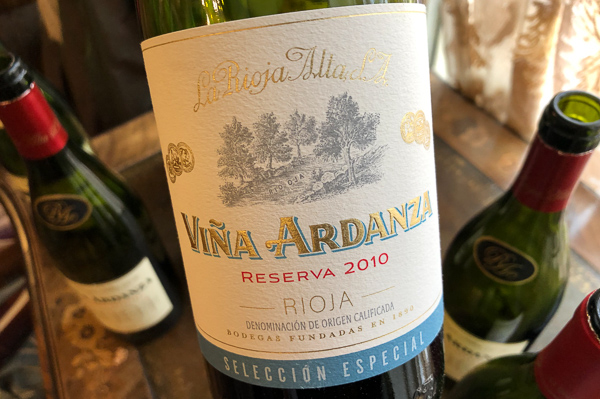 Launching the 2010 Reserva Especial, with some back vintage for comparison

Viña Ardanza from La Rioja Alta is one of Rioja’s great value wines. It’s not a cheap wine, retailing at around £30, but with its ageworthiness it offers a lot for the price. We gathered to taste the newly released 2010 Reserva Especial, as well as selected older vintages, in a tasting presented by Alejandro Lopez, who is one of the winemakers at La Rioja Alta.

Rioja Alta are based in Haro, at the north of the appellation, where there is some Atlantic influence. It’s a wine hot spot, and has a critical mass of top producers who all started out in the Rioja revival that took place at the end of the 19th Century, when powdery mildew and phylloxera led to the growth of the region as other regions, significantly Bordeaux. This saw a change in winemaking style for the region as Bordeaux consultants moved to Rioja.

In the past, Rioja was made by fermenting whole bunches in large concrete tanks. The French taught them to do things differently, the Bordeaux way: destem, ferment with pump overs and punch downs, and then age in small oak barrels. Previously the wines didn’t export well, but after destemming, crushing and extracting the tannins, using the French method, and then ageing in small oak, the wines aged much better and travelled well. Commercial expediency saw a change of style.

The recipe for Viña Ardanza is 75-80% Tempranillo, which forms the skeleton of the wine with 20-25% Garnacha component the ‘soul’. The latter comes from the Rioja Baja, and the Ebro River makes a large valley where Garnacha flourishes.

The wine is matured in American oak, with regular racking (and re-sulfuring) every six months. The tannin and aroma profile of American oak is sweeter and softer than than of French oak. Viña Ardanza is typically made six times a decade.

In 1996 there was a change in the process. They opened a new winery 3 km away for fermentation and some of the ageing process. This is when they got rid of the old oak fermentation vats that were hard to clean, and instead began using stainless steel tanks for the primary fermentation.

They control 100% of their own oak, buying the oak staves which they then dry and use to make their own barrels using coopers of their choice. The tradition in Rioja is to use very old barrels. But since the mid-1990s the average age of barrels for Viña Ardanza is four years.

La Rioja Alta Viña Ardanza Reserva 1989 Rioja, Spain
At the time, 1989 was officially lassified as a ‘good’ vintage, but it is thought to be better than this in retrospect. It was a large volume harvest. This was one of the last co-fermented wines with Mazuelo and Graciano as well as Tempranillo. The Garnacha (25% of the blend) was fermented separately. Fermentation begins in large oak vats with no cooling and wild yeasts. In more recent years the wine is fermented in stainless steel with cooling. This was bottled in 1994 after 42 months in barrel. Dried herbs and earth on the nose with a mellow palate showing nice decay. There’s a fine spiciness with some herbs and earth, as well as a bit of sour cherry and plum. Mellow and mature with some liveliness on the finish. Very mature, and drinking well now. 93/100

La Rioja Alta Viña Ardanza Reserva 1994 Rioja, Spain
An excellent vintage. This was 75% Tempranillo, 25% Garnacha. Mature, savoury and earthy with a slightly hard edge to the palate. This has a very savoury character with plums, cherries, herbs and a bit of cedar spice. Has some brightness on the finish, with some elegance and length. Drink now, unless this is an atypically aged bottle. 92/100

La Rioja Alta Viña Ardanza Reserva Especial 2001 Rioja, Spain
80% Tempranillo with 36 months in barrel plus 20% Garnacha which spends 30 months in barrel. Six rackings. Aromatic and savoury with some spiciness and a touch of balsamic vinegar. There’s some structure to the earthy, harmonious palate which shows good acidity and nice precision. Good acidity with nice cherry and plum fruit, with a nice bright finish. 93/100

In 2000, after working with many suppliers the winery decided to make a big investment in vineyards. They bought 70 hectares at 600 m and planted just Garnacha, in a vineyard called La Pedriza. Garnacha makes the freshness and finesse in the wine, adding spices and red fruits.

La Rioja Alta Viña Ardanza Reserva 2009 Rioja, Spain
100% from own vineyards this year as Pedriza comes on stream with good quality Garnacha. Lovely ripe yet structured cherry and berry fruits with a nice mouthfeel. Has some lushness and some spicy complexity with good depth, some spicy structure, and a bit of evolution. Ripe, warm and generous but also with harmony. 93/100

La Rioja Alta Viña Ardanza Reserva Especial 2010 Rioja, Spain
A really good vintage. Lovely structure to the bright cherry and raspberry fruit with good structure. There’s freshness here but also some depth, with good structure. But it’s a paradox of a wine, with softness and harmony as well as good structure with warm spices and already a bit of savoury, earthy, leathery evolution. Has a long future ahead of it. Nice acidity. 94/100

UK Agent is Armit Wines. The 2010 Reserva Especial is available from them for £210 per case of 12 in bond 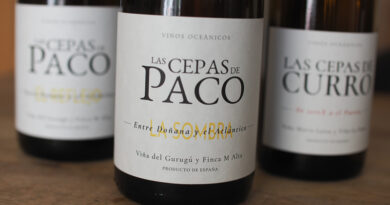 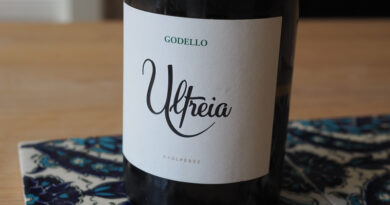 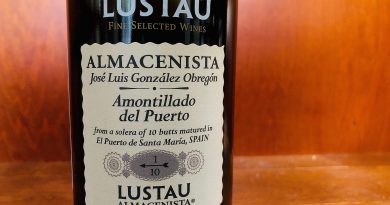