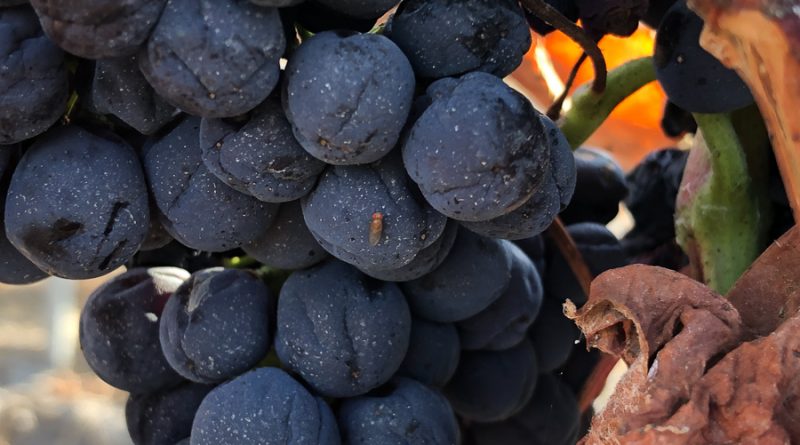 The common fruit fly, Drosophila melanogaster, is a common feature around wineries at harvest. These tiny flies seem to get everywhere. They are annoying, but not a major problem, although they can spread acetic acid bacteria. And if you get a fly in your wine, whether or not it is going to alter the taste depends on the sex of the fly: male flies are OK< but the females release a pheromone that can taint the wine.

But in recent years, there’s been a new fruit fly on the scene, and this one is much more of a problem. It’s Drosophila suzukii, also know as the spotted wing Drosophila, or the Asian fruit fly (its origins are from Japan). It arrived in Europe and California in 2008, but only came onto the radar of wine producers in 2014, when it was a problem in both Burgundy and Champagne.

Why is it bad? It’s because it has a serrated ovipositor. This is the device that females use to lay eggs. The regular fruit fly can’t penetrate grape berries, and so can only lay eggs in already-damaged fruit. Suzukii can pop an egg through the berry skin, and then larvae can develop inside the berry, with little evidence that anything has happened until too late. The result is massive problems with sour rot, and the problem is especially acute with red grapes.

Females can lay up to 21 eggs a day and 195 during their lifespan, and this fly can manage 13 generations a year, so it can really become a major problem fast.

There are no simple solutions. Insecticides work, but have to be reapplied often, and are extremely environmentally unfriendly. There are currently no biological solutions. Perhaps the best solution is to use traps spread throughout the vineyard to lure the flies away from the grapes. 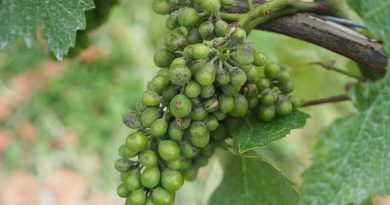 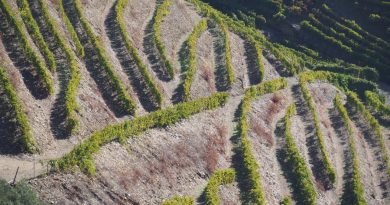 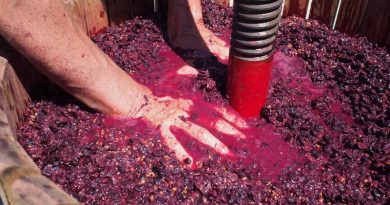