Grapes come into the winery from the vineyard and are crushed, pressed or fermented just as they arrive: with dust and the odd bug, and perhaps also the faintest traces of things that have been sprayed on them during the growing season. It’s the way wine has always been made. But Franciacorta producer Ca’Del Bosco had other ideas. They wanted to make the purest wines they could, so they wash their grapes, in what they call their ‘berry spa’. Here’s a film of it in action: I’ve selected it to start at 2:50 where the berry spa footage starts, but if you want to see the whole film, scan back to the start.

What does washing grapes achieve? There aren’t any peer reviewed scientific papers on it, but I did find a paper from an Italian group led by Agostino Cavazza presented at a symposium on Microbial Food Safety of Wine in Vilfranca de Penedès, Spain in 2007. The authors evaluated the effects of grape washing at the Pojer & Sandri winery in Trentino, in a winery scale trial in the 2007 vintage. They used 12 tons of Müller Thurgau and 4 tons of Cabernet Sauvignon, washing half of each. Then they compared three treatments for each: spontaneous ferment, inoculated ferment and ferment started with a pied de cuve. The washing unit was the CLU Grapeclean unit from Technicapompe Zanin. The grapes are washed for 3-6 minutes in a 1% citric acid solution bubbled by air, and are then rinsed, and then dried in an air flow. The results showed a difference. The must of the unwashed grapes had a higher yeast content, mostly non-Saccharomyces species. But the wild ferments worked fine in both cases. The washing also removed traces of pesticide, although these were low in the unwashed grapes because it had been a dry season. For the red wines, there were lower metal ion levels (iron, copper, zinc and lead) in the washed grapes. There was no sensory work on the wines looking at the flavour effects of washing. 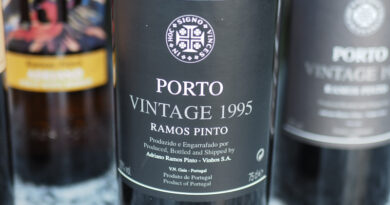 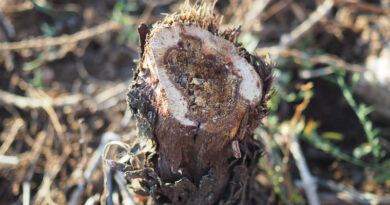 16 things you need to know about grape vine trunk disease 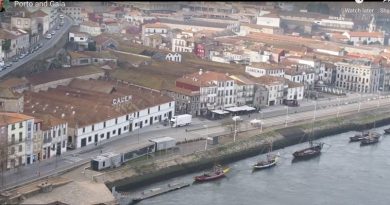 A walk through Porto and Gaia