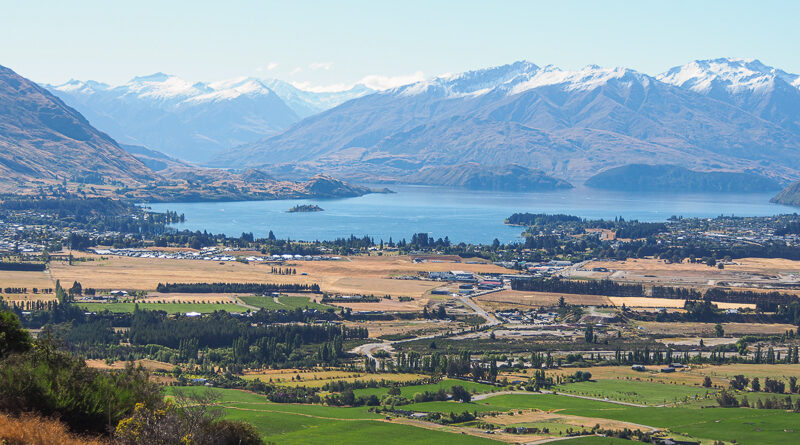 Central Otago isn’t just a single region. It’s composed of some quite distinct subregions. There’s cool-climate marginal Gibbston, which for a while was the main wine growing subdistrict. Then there’s Alexandra, another also a cool-climate area. The main vineyard area, the Cromwell basin, is split into subregions including Bannockburn, Pisa, Lowburn and Bendigo (the warmest of these). But travel further down Lake Dunstan and you get to Wanaka, which is also distinctive. It’s famous for Rippon and Maude, and now Akitu – the newcomer.

Akitu is owned by Andrew Donaldson. ‘Dr David Jordan did an appraisal of the site in 2001 and said that it was seriously marginal,’ says Andrew. ‘He’s still involved in the project, and thinks it’s one of his favourite sites.’ The vines were planted on 2002/3 and the base soil type is schist.

Winemaking is in the hands of PJ Charteris, and the wines are made at Maude. ‘Everyone who has joined the project is still with it,’ says Andrew, ‘which is amazing.’

Vintage variation is a fact of life here. ‘2019 was the most extraordinary season in living memory,’ says Andrew.

Previous vintages have varied quite a bit. There was 2016, where they had 1000 growing degree days (GDDs) and harvested 56 tons, making beautiful wines. But it was followed by

2017, which he describes as a viticultural train wreck. Just 900 GDDs and they harvested only 28 tons. 2018 was equally extraordinary. ‘It didn’t get very hot, but it was unrelenting heat,’ says Andrew. They are used to getting 12 day weather cycles, this didn’t happen in 2018. Further down the valley, the temperature swings were even higher. There were some serious challenges that year. There were 1195 GDDs, a swing of 30% from the previous year.

‘In 2018 it was great that we had the protection of the lake and the mountains,’ says Andrew. ‘Some people were forced to harvest because the plants were shutting down and the physiology of the berries meant they had to pick.’

‘The thing I really learned from 2018 is how different the upper Clutha/Wanaka area really is,’ says PJ Charteris. ‘The Wanaka end of town has always been late in the run. The more gentle ripening compared with the Cromwell basin, Bendigo and Bannockburn is important. We learned a lot about the versatility of the subregion.’

PJ has worked with this vineyard for a while now, and has put lots of thought into the use of  whole bunch and the tannic extraction from the skins. ‘The tendency with the young winemakers is to dial whole bunch up and make wines that look like negroni,’ says PJ. ‘But it’s about building structure.’

The first vintage for A1 was 2012, which was released in 2014. ‘This wine is the best we can make from that vineyard in that year,’ says PJ. ‘It is about a balance between fruit, acid and tannin. The other Pinot Noir is A2. ‘It isn’t supposed to be a wine people want to write about or talk about,’ he says. ‘It’s just a wine that people want another glass of. But with more vine age it actually has some complexity that wasn’t the ambition at the start.’

A new wine in the range is the Pinot Noir Blanc, which is a pale coloured rosé. Andrew says that he was sick to death of going to wine shows and spending the first half looking at the ceiling, because he doesn’t have a white. But then he was introduced to Mayer Naekel’s Pinot Noir Blanc by his distributor (this is a leading winery in Germany’s Ahr region). So 2019 is the first attempt.

‘There was lots of discussion and thought put into this wine,’ says PJ. ‘Everything was planted in 2002/3 so the vines are now quite mature. This comes from a block that’s 777 clone, and it has so much potential, but it gets touched by frost sometimes. It made sense to sneak in earlier, pick a bit early.’

The grapes are pressed, followed by a quick cold settle, and there’s minimal fining. ‘The temptation to add sulfur early is a folly for this style of wine,’ says PJ. ‘We allow a bit of hyperoxidation in the settling tank, and polymerization and oxidation did the rest. It looks a bit pink: it should have a little blush. I didn’t want to be in the pink spectrum. It’s inoculated with a neutral yeast. An important thing in a wine like this is building texture, leaving it on lees cold and unsulfured as long as possible to build texture from degrading yeast lees.’

‘Everyone wants to drink the Pinot Noir Blanc,’ says Andrew. ‘It can’t stay on the shelf.’ He likes the white wine characteristics in terms of acid but with a bit more flavour profile. Tasted blind, people get confused about what it is. ‘For me it complements what we are trying to do.’

Akitu Pinot Noir Blanc 2019 Central Otago, New Zealand
13% alcohol. Very pale pink in colour, this is a textured wine with some sweet cherries and mandarins, with a lemony brightness. Fruity and appealing with some fine spicy notes. Has some stony notes on the finish. 89/100 (08/20)

Akitu A1 Pinot Noir 2018 Central Otago, New Zealand
14% alcohol. Considering the heat of this vintage, this has turned out really well. This is taut and aromatic with fresh, vivid cherry and raspberry fruit. The palate has a lovely energy, showing bright, elegant red and black cherry fruit with a silky texture: there’s some finesse and a fine herbal quality sitting under the fruit. There’s a lovely fruit quality here, but it blends so beautifully with the more savoury, structural elements. Very fine. 95/100 (08/20)

Akitu A2 Pinot Noir 2018 Central Otago, New Zealand
14% alcohol. Pale-ish sherry red in colour, this is bright, aromatic and textured with nice silky cherry and raspberry fruit, with some real elegance. There’s a sweetness to the fruit, which has some dried herb and spice notes. Floral and supple with a nice graininess on the finish. This is so drinkable, and there’s some structure to boot, with fine-grained structure. Light, very approachable, fresh and very drinkable. Benefits from a decant, which really opens up the structure. 94/100 (08/20)

Akitu A2 Pinot Noir 2017 Central Otago, New Zealand
Supple and bright with lovely elegance, showing red cherries and raspberries. This has nice concentration and weight. Bright and pure. Supple with a bit of redcurrant. Nice finesse and elegance. 94/100 (01/19)

Akitu A1 Pinot Noir 2016 Central Otago, New Zealand
14% alcohol. Clones: 68% Abel, 16% UCD 5, 16% Dijon 777, with 40% whole bunch, balance whole berry and 25% new French oak. This is dense and quite textural with some bitter damson and plum notes hiding behind sweet black cherries, good acidity and some nice fine-grained tannins. Juicy and bright with great balance. Some fine herbal notes alongside the supple black fruits. With some grippy tannin, this is a bit chunkier and more serious than the A2, and has the potential to develop. 95/100 (05/18)

Akitu Pinot Noir A1 2013 Central Otago, New Zealand
This is the one of the two Akitu wines, and it has a black label. It’s from a vineyard in Wanaka on old schist, and the wines are made at Maude by PJ Charteris. 70% Abel clone, the rest UCD5 and sometimes some 777. Powerful but very fresh with lovely vivid, bright black cherry fruit and good structure. There’s great precision and purity here: a really serious effort. The white label is also delicious and a bit more fruit dominated. 95/100 (02/17) 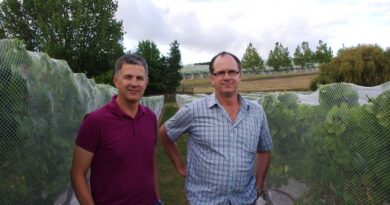 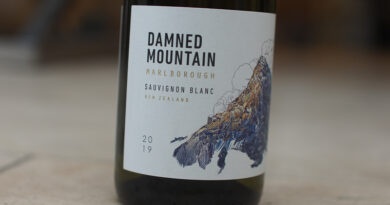 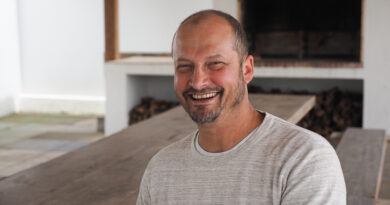 In Franschhoek: Paserene, with Martin Smith

Barbaresco is a small town, and it is pretty much dominated by one producer, Gaja, who put this Piedmont appellation