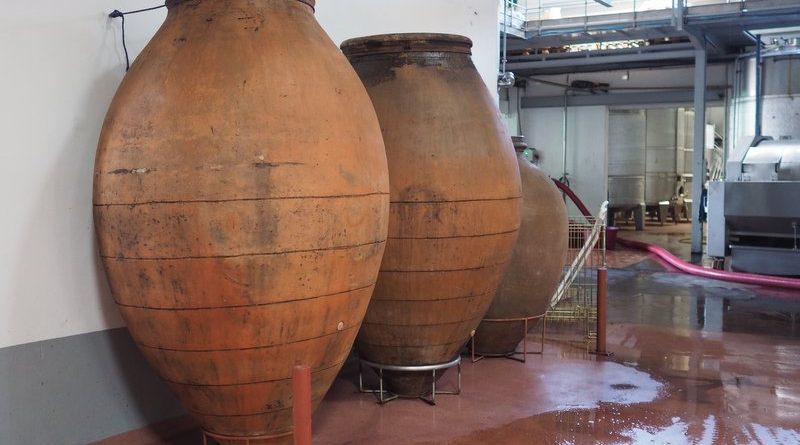 For vintage 2019 I spent a few days at Alentejo winery Cortes de Cima, to help make a very interesting wine. For a few years now, they – along with many other producers in the region – have been reviving the tradition of talha wine.

Talhas are the traditional large clay amphorae that wine was made in here, especially in the south of the region. Families would often have a talha, and would make their own wine, filling it with grapes and letting them ferment and then age under a veil of olive oil, with no other seal than a cloth over the top to keep the flies out.

Unlike the famous Georgian qvevri, which are similar in size and construction, the talha aren’t sunk into the ground. This makes them portable, and although they aren’t being made any more (the craftmanship was lost), there are plenty of them surviving. They are hot property: lots of people are on the lookout for good talha to use to make these wines.

The talha are typically lined with a mix of pine resin and beeswax called pez. The formula for pez varies, and bad pez can add an off flavour to the wine.

When I visited harvest was already well underway. I spent some time looking around the vineyards with Anna Jorgensen, who three days earlier had just taken the role of General Manager, taking over from her parents Hans and Carrie who founded the winery back in the early 1990s. I also hung out with Hamilton Reis, who is chief winemaker. Together Anna and Hamilton make a great team, and it was a fun few days.

Cortes de Cima’s amphora wine is made from a blend of Trincadeira and Aragonez grapes. First, some whole bunches are put in the amphora. Then, destemmed berries are added to fill it. With the small amphora we decided to do something different. Instead of fermenting the red wine on its stems, we foot trod the grapes, left them overnight, and then pressed them to the amphora so that fermentation was off the skins. The idea was to make a lighter, more elegant wine.

Two months later, I was back in the Alentejo to attend the talha day. Anna brought with her a sample of the wine we made, so it was great to be able to see how it turned out. I really liked it: sappy, bright, elegant and nuanced. It was a lighter style red, but I’d worried a little that it might have turned out too light: infact, it was just right. 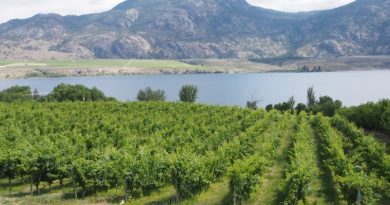 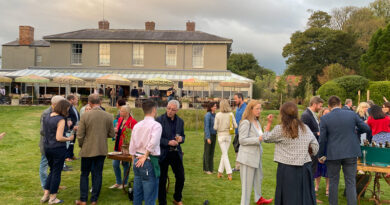 The Pig, South Downs: previewing the latest addition to these wine-focused restaurants with rooms, who are championing English wine 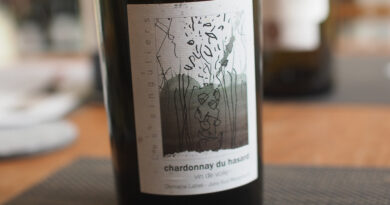