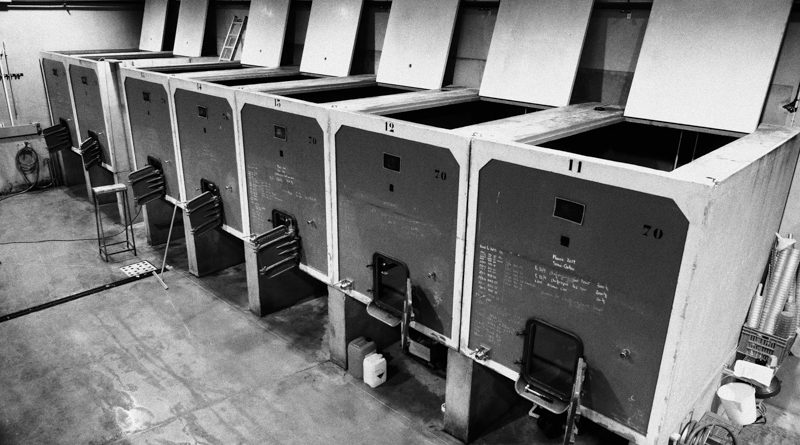 Beaujolais is a hotspot for natural wine, and one of the new names here is Marc Delienne in Fleurie. Jamie Goode visits to walk through his vineyard holdings and taste his wine.

‘I am a young winemaker,’ says Marc Delienne, who is now aged 60. He set up his domaine in 2015, after a career in business (creating financial software) in Paris. ‘I had a great wine cellar in Paris,’ he shares. ‘I drunk a lot of wine; all the wines you can imagine.’ But now he says he wants alive wines, not dead ones, and he finds the classics too technological.

Perhaps his strongest influence was Eloi Dürrbach at Domaine Trévallon in Provence. Here, Delienne did four vintages, and worked for a whole year in the vines in 2012. After this, he decided to become a winegrower. He did the first vinification in Beaujolais at Domaine de Fa with Alain Graillot in 2014. ‘Alain and Eloi are my two teachers,’ he says.

He looked for a year and a half for the right property. Initially, Beaujolais wasn’t on his radar. ‘Alain Graillot said, “you have to look at Beaujolais”. When I came I liked it: the soils are fantastic, and we can make great wines here.’

We take a drive up to the Chapel at the top of the Fleurie cru. He has two stunning parcels of vines on the steep slope here, but most of the Delienne vines are on flat ground near his impressively sized house and winery. He has 12 hectares here, supplementing the 2 hectares on the slopes. The home block has more silt, but the base of the soil is granite. ‘My particularity here is the height of my vines,’ he says. Whereas the vines on the slopes are bush vines, these are trellised. ‘I never trip my vines,’ he says. ‘I tie the shoots in.’ They range in age from 45-90 years.

From the beginning he has farmed biodynamically, but he says that before he took them over they were farmed chemically, ‘like everywhere in Beaujolais.’ When he arrived, he says the soil was like concrete. To work the soils he has a special tractor that is high enough to go over the vines, like one that Lalou Bize-Leroy has. What are the challenges working organically? ‘Mainly the herb control,’ he says (using ‘herb’ to refer generally to vegetation). ‘But the challenge is to make a good soil. It is sand, and when it rains, it erodes. So we need herbs but not too much.’

We head to the winery and cellar. Fermentation is done in concrete tanks typical for the region, but with some temperature control.

Delienne works naturally, just adding sulphites before bottling. The grapes are brought and whole bunches are put into the tanks. ‘We do nothing chemical,’ he says, ‘but we work.’ He has two different processes: pure carbonic maceration and semi-carbonic maceration. ‘For me, semi carbonic, I put grapes in and most days make a short pump over.’ There is no punching down or foot treading. He adds that for semi-carbonic he adds perhaps 500 kg of destemmed grapes at the bottom.

The duration of fermentation in the tanks is between 6 days and 21 days: it depends on the vintage and a lot of other things, but essentially his taste. He makes five different Fleuries: three in semi-carbonic, and two in carbonic maceration.

‘My carbonic maceration is an extreme carbonic maceration.’ This is because all the time he leaves the valve at the bottom of the tank open. Any juice produced is removed, and then may be used later on in this or another cuvée. ‘The fermentation is totally enzymatic in the berry,’ he says. ‘Every day I take grapes and I taste, I see the colour, I taste the tannins, and when it is OK for me I press, and the yeast can work.’ The temperature is kept between 20 and 25 C.

Half of the ageing is in wood and half in tanks. ‘I need more barrels,’ he says. ‘But it is too expensive.’ He’d like to make the ageing of his wines longer. In 2018 it was 15 months, and he wants to make it 2 years.

‘Beaujolais is first the fruit, then afterwards the tannins,’ says Delienne. ‘With Gamay, the fruit is wonderful: if you lose it, it is a pity. But to balance, you need tannins.’

‘I leave a bit of reduction, and also some gas, so all my wines are better carafe,’ he says.

Beacause of hail in 2016 and 2017, he’s been buying some grapes from St Amour and Brouilly, from organically farmed vineyards. But this négociant wine is just a small quantity: 3000 litres.

Marc Delienne Fleurie Maurice 2018 Beaujolais
Maurice is the previous owner of the property, and he’d lived here all his life. This is the first vintage, in his memory. Semi-carbonic maceration, aged in concrete. Smoky, meaty and intense. Fresh and structured with bright red cherries. Spicy and vivid; sappy and a bit grainy. Lovely fruit here. Textural and a little wild, but it works well. 92/100

Marc Delienne Fleurie Greta Carbo 2017 Beaujolais
Low yields of just 10 hl/ha because of hail. This is carbonic maceration. Very fresh and bright with red fruits on the nose, showing a leafy, sappy edge. Sappy and concentrated with a nice silky texture. Juicy and fine with nice brightness and some spicy bite. 93/100

Marc Delienne Fleurie Abbaye Road 2015 Beaujolais
Semi-carbonic. This is the first vintage. Ripe and quite structured, showing smooth sweet cherries and plums. Has freshness and fine structure. Juicy and vital with a hint of mint. Finely structured with taut spiciness supporting sweet fruit. 93/100

Marc Delienne Fleurie La Vigne des Fous 2017 Beaujolais
Only in magnum (800 made), 12 hl/ha because of hail. This is carbonic maceration, but in this case he leaves the juice inside the tank rather than drain it. Taut and reductive with nervy herb-tinged red fruits. Spicy and detailed, grainy and grippy with firm tannins and nice acidity. Very distinctive and expressive with crunchy red fruits and some floral lift. 94/100

Marc Delienne Beaujolais Blanc ‘La Jacarde’ 2018
Two barrels made, no added sulphites, and bottled for Delienne by Jean-François Ganevat. Extreme matchstick reduction. Really rich and intense with citrus and pear fruit. Expressive with real intensity. Has richness, but this is framed beautifully by the spicy minerality, with patisserie notes in the background. 95/100 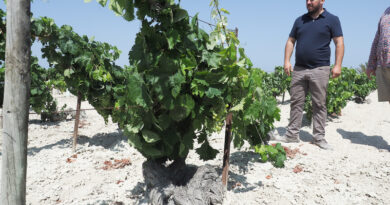 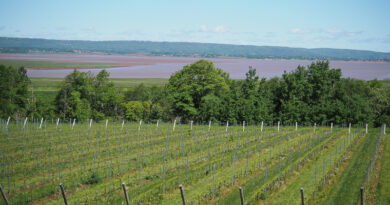