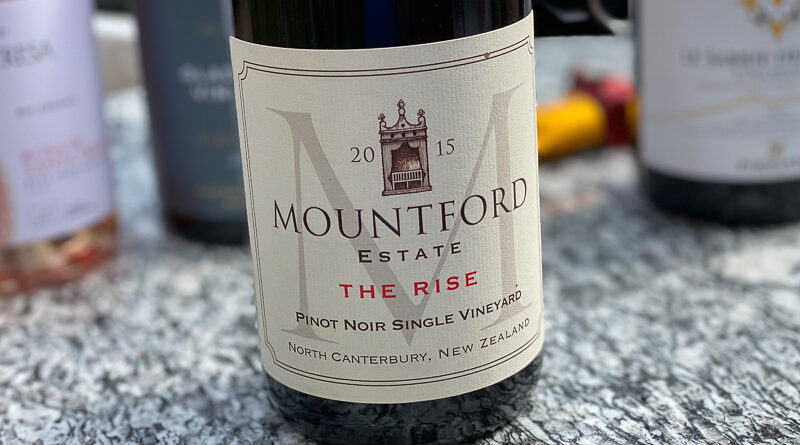 Mountford Estate’s story is an interesting one. They established a big reputation for their wines under winemaker CP Lin: the remarkable thing about these wines was that Pinot Noir rocked up with alcohol levels of 15%, but it still had some elegance. But the alcohol did become a problem, and CP left in 2013. From 2013 until 2017 Theo Coles of The Hermit Ram made the wines (this was one of his)

But then came the Japanese chapter. Takahiro Koyama came to study viticulture and enology at Lincoln University. He began working for CP Lin as a cellar hand, did vintage at Keller and Au Bon Climat, and then became assistant winemaker at Mountford in 2006. He started a home brew project, Koyama Wines, and then In 2017, with investment from Japan, purchased Mountford Estate. This wine comes from the post-CP, pre-Koyama era of Mountford. Now Takahiro makes his Koyama wines, and Matthew Barbour is winemaker for the Mountford wines.

Mountford Estate The Rise Pinot Noir 2015 North Canterbury, New Zealand
13% alcohol. From the steepest slopes of Mountford Estate in the Waipara Valley, which have some limestone. This is quite a rich, structured expression of Pinot Noir, with firm tannins under the sweet cherry and berry fruits. There’s some smoothness, as well as notes of tar and roses, and also a significant input from some cedary, spicy oak (100% second fill François Frères barrels). Yes, there’s a bit of make-up here from the oak, but under this there’s amazing finesse to the fruit, with good acidity and structure. It’s already had some time in bottle, but the hope is that with a few more years this wine will really integrate properly. 92/100 (UK retail £45, this is imported by Vindependents, a wine agency owned by some of the UK’s top independent merchants) 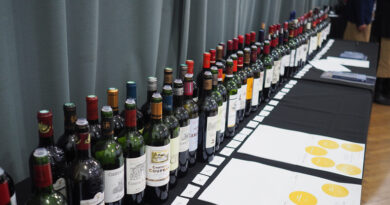 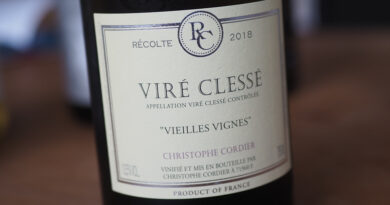 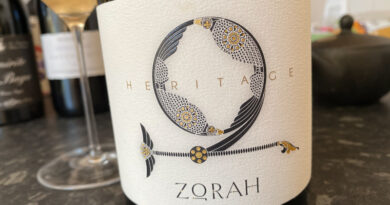