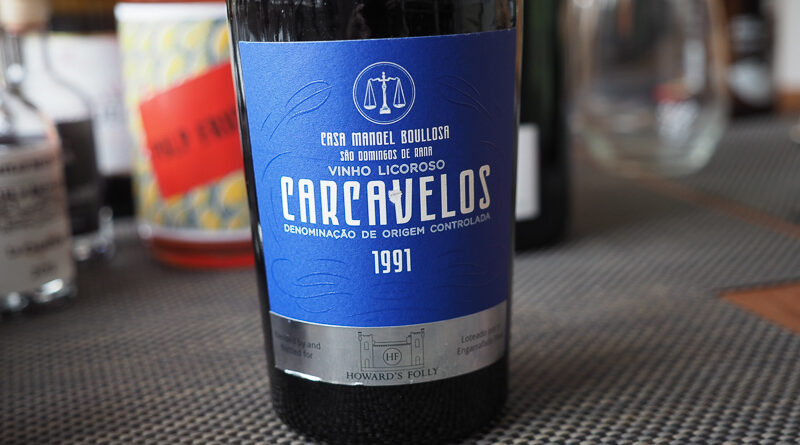 Boutique Alentejo producer Howard’s Folly have just released this Carcavelos, a rare fortified wine from the Lisboa area in Portugal.

This is from their tech sheet – a good introduction:

“Carcavelos is a Portuguese region which carries the country’s highest wine classification as a Denominacao de Origem Controlada (DOC). It is centred on the Carcavelos municipality in Estremadura region and includes land near the cities of Cascais and Oeiras. Located at the very southern tip of the Estremadura region, it has a long winemaking history, dating back to the 18th century when the Marquis of Pombal, owned vineyards here. The region is known for its fortified wine production, creating off-dry, topaz coloured wines that have nutty aromas and flavours. Carcavelos was once a
thriving wine region, world-renowned in the 19th century for its tawny-coloured fortified wine. While viticulture has likely existed in this region since Roman times, it was not until the Marquis of Pombal established the region as a wine-making centre in the 18th century that Carcavelos came to be associated with wine. Pombal’s actions were perhaps self-serving since he owned extensive vineyards in the region. Prior to this, Pombal would sell his
grapes to Port wine producers in the Douro in violation of his own 1756 regulations establishing the Companhia Geral da Agricultura das Vinhas do Alto Douro which required Port be made completely from Douro grapes. Pombal’s estate eventually built a reputation for Carcavelos in the early 19th century. The wines were very popular with the British market in London, particularly at the auction houses. In 1908, the region was officially demarcated as Regiao Demarcada (an early precursor to the Denominação de Origem Controlada appelation system). However, the 20th century saw a rapid decline in viticulture in the region because of the expansion of Lisbon and Estoril. Now only 25 acres (10 hectares) of vines remain, consisting mostly of what is left of Pombal’s estate. Carcavelos can be a blend of up to nine different grapes. The principal grapes are Arinto, Boal, Galego Dourada, Negra
Mole, Trincadeira and Torneiro. The fermentation is stopped midway by the addition of brandy spirit leaving a naturally sweet wine, with alcohol between 18-20%. Ageing takes place in old oak barrels, a slow oxidation process, which allows the wine to attain a tawny colour and nutty complexity.”

Howard’s Folly Casa Manuel Boullosa Carcavelos 1991 Lisboa, Portugal
20% alcohol. Once a famed fortified wine from Portugal, Carcavelos has been threatened with extinction because of urban development and the change in wine fashions. Today, 25 hectares remain in the appellation, which is dedicated to oxidative fortified wines. This is a brilliant example, at age 30. It’s a field Blend including Arinto, Galego Dourado, Boal, Rabo de Ovelha, Joao Santarem and Espadeiro Tinto, and it is made at Quinta dos Pesos in Caparide, within the Carcavelos DOC wine region. It’s highly aromatic, with a slight volatility lifting the spice, direct, earthy cherry fruit nose, framed with some spicy notes. The palate is rich, dense, spicy and quite alive, with marmalade, tar, raisin and vanilla notes as well as some orange peel and marmalade, finishing long and spicy, with obvious sweetness. There’s a hint of old furniture here, too, as well as keen acidity. So sweet, layered and complex: a lovely wine. 95/100 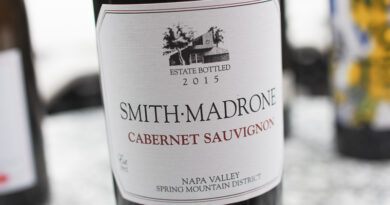 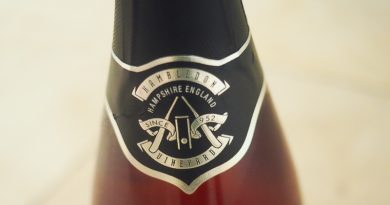