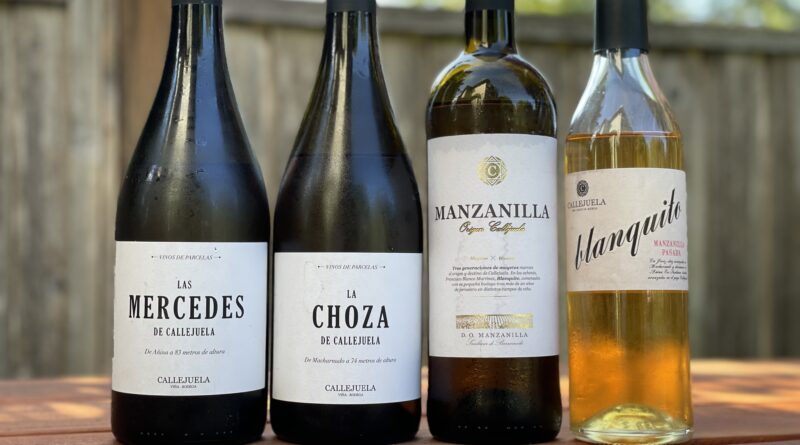 Brothers Pepe and Paco produce some incredibly dynamic Palominos from el Marco de Jerez, some fortified and some not, and some with flor and some without. Their father, Francisco Blanco Martínez, ‘el Blanquito’, founded the business in 1980. Originally, he worked as an almacenista de mosto, farming his own vineyards and selling the base wine to bottling houses. His sons came on board in the late 1990s, and consolidated the operation in a cellar atop the slope of Pago el Hornillo on the estuary side of Sanlúcar de Barrameda. Today they own 28 hectares of vines across four pagos, and have 700 botas in their bodega, 500 of which are ageing biologically. They are true terroir-ists, naming the source pago on labels, and picking at full maturity, around 12.5-13% potential alcohol, compared to a regional practice of 10.5%, to allow the site to fully express itself.

Callejuela Las Mercedes 2019, Jerez, Spain
Las Mercedes is a parcel in the Albariza de lentejuelas soils of Añina, near the coast and with ample sea swept winds. The juice is fermented in old Manzanilla botas, and the wine is aged on fine lees with 10% ullage for 7 months of ageing under a thin film of flor. The thin film, combined with shorter ageing, emphasizes more of the Albariza limestone over the yeast. Pouring a shining golden yellow, this medium+ white is showing ample marine minerality and salinity, livening green apple, hay, pear skin, crystalline lemon peel, stretched along a deep chalk base. You can feel the earthiness of the flor here, but it is a sheen in the background, rather than the forerunner of this complexed, lively wine. Many beautiful, savoury, salty layers to unravel in this open white, drinking perfectly now. 92/100

Callejuela La Choza 2018, Jerez, Spain
La Choza is the Blanco brothers’ own small parcel at 74m within the prized, warmer inland Macharnudo site. The old vines here are still cultivated the traditional method of vara y pulgar (stick and thumb), whereby each year the vines are pruned to an active arm (the stick), which will carry perhaps eight bunches, while the thumb side has the sprouts which will develop into next year’s stick. The juice is fermented in old Manzanilla botas, and the wine is aged on fine lees with 10% ullage for 7 months of ageing under a thin film of flor. The thin film, combined with shorter ageing, emphasizes more of the Albariza limestone (here, Albariza de barajuelas) over the yeast. The warmer site brings a gentle expansiveness to the palate, with toasted almond, warm hay, lemon and mandarin peel, honeysuckle, and smoked stone, before dissolving into an earthy toasted oat / barley note. Ample salinity rings throughout, and a savoury brown butter note lingers. So much concentration and intensity for 13%, with length for days, and time ahead in your cellar. Seriously impressive. 93/100

Callejuela Manzanilla Origen NV, Jerez-Sherez-Manzanilla, Spain
This Manzanilla is a blend of 3 of their estate pagos: 50% Añina, 30% Macharnudo, and 20% Callejuela approximately, and a mix of various albariza soils. The later harvested vines are fermented in stainless, and post-fortification they move to bota with little headspace, allowing for a thinner layer of flor. With each step in the solera (moving to subsequent crideras), the ullage is increased. This remains in barrel for 4-5 years, with seasonal bottlings. Tight and bright, with focused lemon peel, lemon blossoms, salted marcona, and white grapefruit across the structural palate, finishing with a generous wash of flaked sea salts, and a kiss of herbal anise. Great intensity and focus. 91/100

Callejuela Blanquito Manzanilla Pasada NV, Jerez-Sherez-Manzanilla, Spain
This Manzanilla Pasada comes from Hornillo, and is named for Francisco Blanco. It has had a full 12 years of aging in solera, and will continue to mature and grow in bottle. Certainly showing some age (beyond its golden hue), you’re seeing the burnished lemon, toasted marcona almonds, hay, and caramelized honey notes hovering atop an electric palate, one lined with tea leaves, dried peach, dried apple, and based on deep chalk. The finish lingers with iodine and ample salinity. For all its intensity there is a lot of freshness here still, resulting in a lovely harmony. Impressive now, and with years to come. 92/100 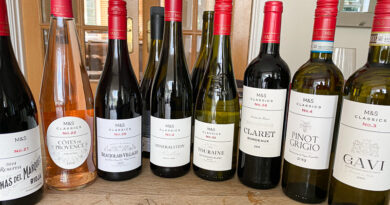 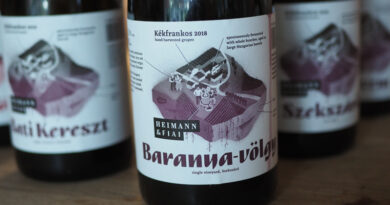 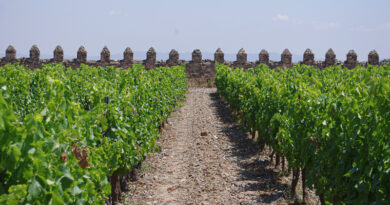