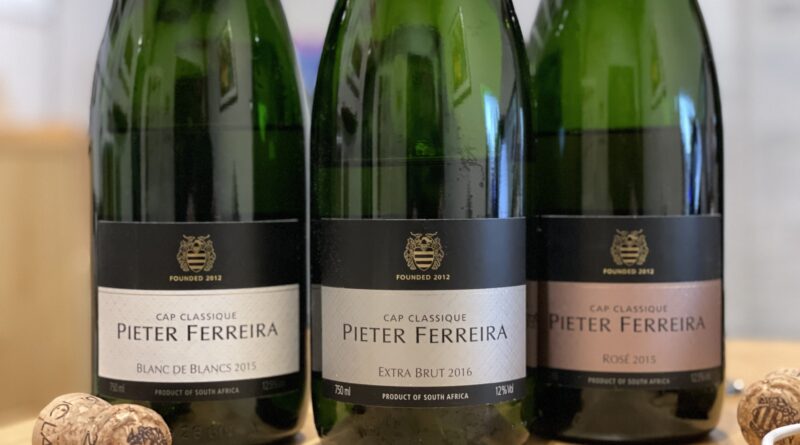 When you’re known in the wine world as Mr. and Mrs. Bubbles, it’s understood that you take sparkling seriously. Ann and Pieter Ferreira started their boutique Cap Classique Pieter Ferreira label in 2012 (first released in 2019), though the Ferreira name has been intrinsically linked to Méthode Cap Classique (MCC) for decades. Pieter has been making wine at Graham Beck since their first vintage in 1990, putting the Robertson wine farm on the world stage for its sparkling centric program. Last week it was announced that Pieter would be departing that winemaking role of 32 vintages to move into the position of Chief Operating Officer of Graham Beck, with Pierre de Klerk taking over as Cellar Master.

In addition to consulting on sparkling wine projects around the globe, Pieter is also the chairman of the Cap Classique Producers Association (CCPA), founded in 1992 by a group of like-minded fizz fanatics, keen on promoting and solidifying the standards for traditional method sparkling wine in South Africa, and expanding the reach and knowledge of these special wines worldwide. Goode and I have had two extensive MCC tastings in South Africa organized by Pieter, the most recent of which was in November 2019, before the pandemic halted domestic wine sales in the country, and propelled the route to export market. The relatively new Cap Classique Pieter Ferreira brand reacted swiftly, moving from an 80/20 domestic / export model to 50 /50.

As Pieter says, whenever he can #Followthebubble, he does.

I had the opportunity to taste through the latest and upcoming releases from Mr. and Mrs. Bubbles last month.

Cap Classique Pieter Ferreira Blanc de Blancs 2015
With fruit sourced from cool-climate Robertson, and its limestone and weathered shale soils, this was whole bunch pressed and fermented in stainless with a small portion undergoing fermentation in French barrels. Once in bottle, this spent a minimum of 72 momths on lees contact (my bottle was disgorged in June 2021) and was dosed with 3.12 g/L RS. Tight and focused, with broken stone, chalk, meringue, streaming the long, sleek palate, shaped with lemon pith and peel, and finishing on a brioche note. There is a hint of oxidation peeking through with red apple / dough in the core. Quite refined, and elegant through the lingering, chalky finish. 91/100

Cap Classique Pieter Ferreira Pinot Noir Rosé Extra Brut 2015, WO Western Cape, South Africa
With Pinot Noir from Robertson (82%) and Stanford (12%) and the regions’ decomposed granite, and Table Mountain sandstone, this was a whole bunch pressed after a brief maceration to create the glowing salmon hue. The juice was fermented in stainless steel before heading to the bottle for a minimum of 72 months on lees. My bottle was disgorged in September 2021, with 3.85 g/L RS. Spiced raspberry, cherry, meringue floods the expansive palate, held in check with a lashing of lemon pith/peel and lingering with cherry leather on the lengthy, spiced finish. Red fruit-forward, to be sure, but with finesse and elegance throughout. A worthy protein partner. 92/100

Cap Classique Pieter Ferreira Extra Brut 2016, WO Western Cape, South Africa
This new cuvée is a blend of 60% Pinot Noir, 40% Chardonnay, with the Pinot Noir from Paarl (Glen Carlou) and Elgin (Shannon Vineyards), and the Chardonnay from Robertson, crossing soils from limestone to weathered shale to Table Mountain Sandstone. It was fermented and rested on lees in stainless, and rested at least 54 months years on lees. My bottle was disgorged in September 2021 with 3.6 g/L. Pouring a deep yellow hue, this creamy fizz is redolent with toasty brioche, subtle cherry, green apple, and a cloud of lees across the deep chalky base, with a lengthy, lingering chalkiness through the long meringue finish. Very complete, drinking beautifully now upon release. 93/100 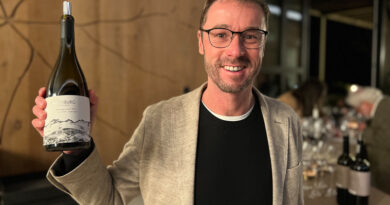 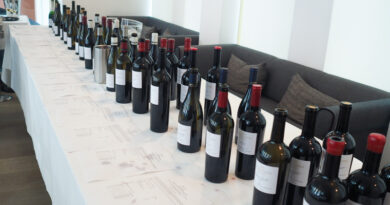 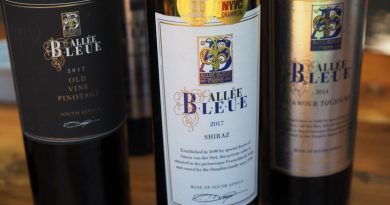