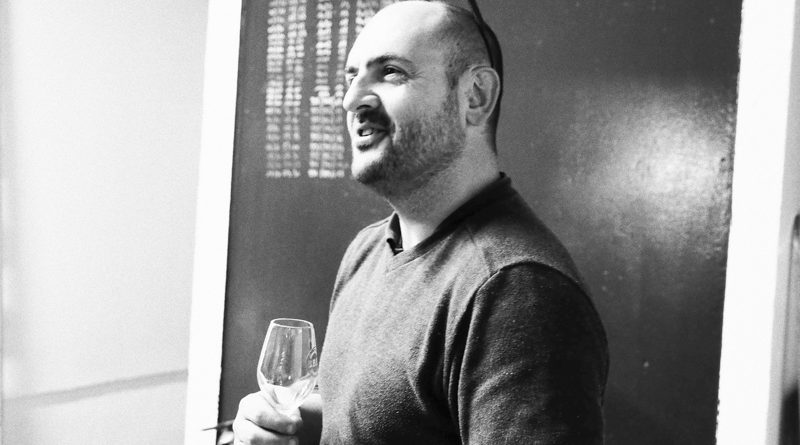 So much was achieved in Beaujolais by the gang of pioneering natural winegrowers back in the late 1980s and 1990s. Now a new generation of naturals is emerging, including Louis-Clément David-Beaupère. We visited him on a late Autumn day to discover his wines.

David-Beaupère is a relatively new domaine that started in 2008. It began with the vines around his house in Julienas and has since grown to 10 hectares. Seven of these are in Julienas with a couple in Moulin-à-Vent, and then a hectare in Beaujolais Villages.

The man behind it has two hyphenated names! He’s Louis-Clément David-Baupère, and when we arrive for our appointment he’s nowhere to be found. So we stroll around looking at the surrounding vines in their autumn glory. There’s no rush, though: this is where we are staying for the evening.

Louis-Clément started farming organically in 2009, and became certified in 2011. He was the first organic producer in Julienas, but since others have followed. ‘I was alone with my green flag for six years,’ he says.

He makes the wines with natural vinification, with no sulphites until bottling. ‘The main idea is to have vinification without additions,’ he says, ‘working in the Beaujolais way with carbonic maceration at 17 C.’ He begins this maceration while the grapes are around 10 C by putting the days harvest into a refrigerated container and then the next day into concrete tanks. ‘I just fill the tank and leave it,’ says Louis-Clément. ‘When there’s some free juice I look with a microscope to see what yeasts are there. Most of the time they are good yeasts.’

If he’s got a question about the different-shaped yeasts, he asks someone else with an accurate eye to help him understand what is happening. His job is to make sure the yeasts have enough oxygen, enough nitrogen, and a good pH. ‘I try to get this right in the vineyard.’ If there’s something amiss, he might add lees from another fermentation. ‘If there is something very bad you can filter and then use other lees to restart the fermentation,’ says Louis-Clèment.

He says that his concrete tanks are a bit too wide for carbonic maceration, and that it would be better to have a narrower, taller tank. At the bottom of the tank there is some alcoholic fermentation, and some of the yeasts are getting into the grapes. This means that it isn’t 100% carbonic maceration. When he presses, there’s still some sugar present and the fermentation then carries on. ‘The cold fermentation makes the wine much easier to drink,’ he says. ‘For Gamay it is the way I want to drink wine. If you ferment at warm temperature it is too much.’

The first vineyard farmed by David-Baupère was his father’s, but he wasn’t a winemaker and the vineyard was worked in metayage by someone else. It was fully chemically farmed and the grapes were subject to tecnnological vinification. ‘I did my first vintage this kind of way,’ recalls Louis-Clément. But he saw what the herbicide-treated vineyards looked like, ‘I didn’t want to use any more chemicals,’ he says. ‘We have had great results. We had a very old vineyard that wasn’t productive, so I pulled it out and after four years of resting the soil I replanted it.’ He says that the new vineyard was giving good results right from the beginning, so he’s now replanting a hectare at a time. He’s supplemented this original plots with some new ones. One is Vayolette, a plot in Julienas planted on volcanic soils, and then an old sloping plot in Chassignol, and a couple of plots in Beaujolais Villages, including one that used to be farmed by Jules Chauvet.

‘Julienas is one of the most distinctive terroirs,’ he says. ‘It’s because of the soil: metamorphic blue stones and pink granite. We have very little granite here in Julienas.’ One of his plans is to trial some plots with no ploughing, instead using cover crops that don’t invade.

He says that the natural community in Beaujolais has a good energy. A lot of the older producers in the region don’t understand what they are doing, while among the younger ones, the natural approach is very trendy. ‘There’s a heavy trend of doing things in a more natural way,’ he says. ‘We share things. We have a lot of friends: there is a good atmosphere among us. I’m sharing a lot of customers with the others, and they do this for me. It’s very constructive to work and taste and give advice, sharing experience.’

Along with many of the other natural guys, he makes a Nouveau, but he says that these are wines for the spring, not November. ‘It’s a technical wine,’ he says. ‘Nouveau is when you celebrate the new wine. Some times you didn’t have enough wine for the whole year, and the old wine would have been like vinegar.’ He says that smart people save the good natural Beaujolais nouveau wines for the next spring. ‘Buy the wine at what’s like a primeur price and then keep it until spring.’

David-Baupère Le Blanc Vin de France 2018
From the bottom of Beaujolais just outside the appellation, limestone/clay soils, no added sulphites. Slightly cloudy. Grainy with nice detail and some mandarin and lemon notes. Has a nice graininess and a bit of CO2 adding freshness. A lovely textural wine with some warmth and great detail. None made in 2019 alas because of frost. 93/100

David-Baupere Beaujolais Villages 2018 France
They have two vineyards in Beaujolais villages, and the smaller is an old parcel of Jules Chauvet. Adds 10 mg/l of SO2 at bottling. Lovely aromatics here: floral and expressive with red cherries and plums. Has nice purity and some appealing pepperiness. Supple and drinkable with good purity and focus, and some grip. 92/100

David-Baupère Julienas 2018 Beaujolais, France
From young vines planted in 2014 on sandy alluvial/colluvial soils, with some limestone. Concentrated with generous fruit (raspberries, cherries). Nice focus with a grainy, spicy edge to the direct fruit. Has nice grip on the finish. 93/100

David-Baupère Julienas La Bottière 2017 Beaujolais, France
This is from 70 year old vines in front of the house, on sandy alluvial soils with some rocks. Powerful, vivid and fresh with some raspberry brightness, meaty hints and lovely cherry and plum fruit. It’s fresh with nice texture and focus, showing good concentration. The warm vintage pushed it to a heady 15% alcohol, but it’s a really nice wine. 94/100

David-Baupère Julienas La Vayolette 2016 Beaujolais, France
Taut and spicy with lovely raspberry and cherry fruit, as well as notes of spice and tar. Very expressive with a nervy, sweet edge to the palate. Spicy and a bit animal. 91/100

David-Baupère Moulin-à-Vent Chassignol 2015 Beaujolais, France
This is a steep vineyard that he took over, which he has subsequently replanted. It was a warm year and although it is 15.5% on the label, the real alcohol level is 16.2%. Ripe and rich with nice structure but lots of alcohol. Very ripe with some notes of liquorice, tar and spice. Has lovely fruit but it’s too alcoholic. 88/100

David-Baupère Altitude 244 2018
This is from a Chardonnay vineyard (1000 m2) planted in the city of Lyon: actually in the middle of the city. The wine is slightly cloudy and is mineral and spicy, with an appley edge, some lemons and some grip. Juicy, waxy, detailed and lively. 90/100 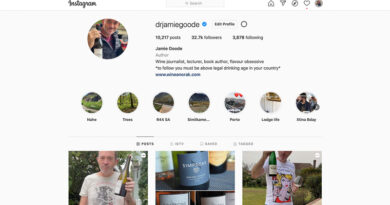 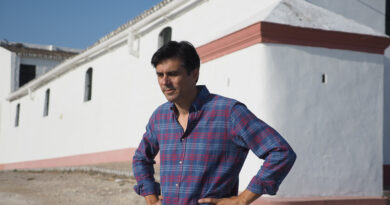 Recovering the magic of El Marco: back to the sherry vineyards, and old ways of making wines 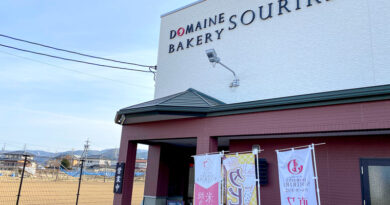