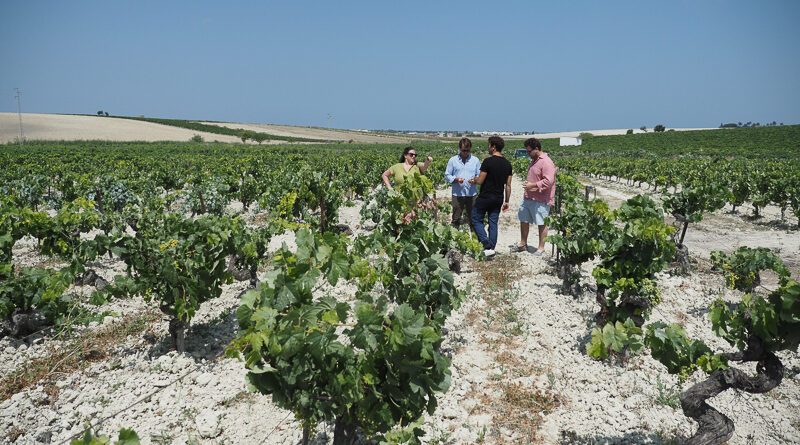 Muchada-Léclapart is an exciting new project based in Sanlúcar de Barrameda in the Marco de Jerez (the wider Sherry region), focusing on the historic pago Miraflores, one of the region’s famous vineyards.

Muchada, who comes from the region and was previously an architect, met Léclapart when he did vintage there in 2011 and they began collaborating on this project in 2015. Unlike Jerez, which is home to larger vineyards and bigger players, Sanlúcar has lots of small plots of vines.

Muchada-Léclapart own three hectares of vines in three plots, with 2.25 hectares in the famous Miraflores pago. Two of these are of Palomino, and one is Moscatel. Muchada says they were looking for the old vine massale selection of Palomino, and they found 60 and 90 year old plots.

Farming is with biodynamics, and Muchada, who does the vineyard work, only works the surface of the soils. He says that most farmers kill their soils either by using herbicides, or by working the soil too much. His yields are one-third of his neighbours (7 tons/hectare versus 20 tons/hectare).

The winemaking is quite simple: they ferment and age most of the wines in used Bordeaux barrels, which they keep topped up: they are not looking for the influence of flor. They keep the wine on its lees without moving it, and they use very small amounts of sulfur dioxide.

Grapes are picked between 6 am and 10 am, and then pressed whole bunch for 3.5 h on a Champagne cycle. Settled in tank overnight before a wild ferment, some in tank, some in barrel.

Muchada is critical of people who say that Palomino is a neutral variety. ‘At 20 tons/hectare any wine is neutral,’ he says.

Muchada-Léclapart Univers 2018 Spain
11.5% alcohol. Palomino, 20 year old vines, biodynamic, right by the coast in Sanlucar (Miraflores Baja). Unfortified, no flor, in ceramic lined tanks. This is beautifully focused and mineral and saline with lovely precision. Very fine, fresh and salty with lovely mineral intensity. Such precision with a long finish. Has vitality. 94/100 (£30) (10/20)

Muchada-Léclapart Univers 2017 Spain
Beautiful aromatics with crystalline citrus fruit and fine toast. Explosive palate with citrus, marmalade and toast. Very pure and fine. Lively with some grapefruit and mandarin notes as well as a saline note and a twist of apple. 93/100 (08/19)

Muchada-Léclapart Lumière 2018 Spain
12.5% alcohol. Palomino with a plot with a bit more aspect to it. 60 year old vines. Fermented and aged in 3 year old Bordeaux barrels. Such concentration here with a lovely mineral streak and notes of crystalline lemons, a slight salinity, and a bright acid line under everything. Has great concentration and precision. Layers of flavour here with great precision and purity. Really beautiful showing purity and minerality. 96/100 (£48) (10/20)

Muchada-Léclapart Elixir 2018 Spain
Moscato and Palomino, 60 year old vines, vinified in three year old Bordeaux barrels. The two are pressed together (the first time they did this it was an accident). Astonishing nose of table grapes and lemons with lots of personality. The palate is concentrated and fresh with a lovely acid line, showing minerals, spice, lemons and spice. Such a multimensional wine that’s playful on the nose but serious on the palate. Quite brilliant. 95/100 (£39) (10/20)

Muchada-Léclapart Etoile 2017 Spain
This is a plot in Miraflores called Pastrana, and it is raised in old Sherry barrels (botas). This has some matchstick reduction, and complex, taut crystalline citrus fruit. There’s a touch of Oloroso raisin character from the bota, and it has lovely intensity and a long finish. 93/100 (08/19)

Muchada-Léclapart Vibration 2016 Spain
This is Palomino given five days skin contact, and the grapes were from abandoned vines in Miraflores Alta. Fermented and aged in a bota that had Amontillado in it. This is powerful, with spice, marmalade and orange peel. Very expressive with brightness and good acidity, with notes of toast and a bit of raisin character. So fine. 95/100 (08/19) 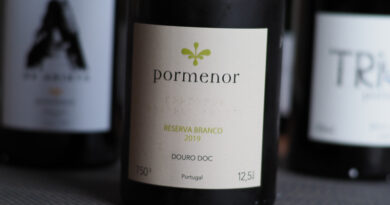 The wines of Pormenor, Douro, Portugal 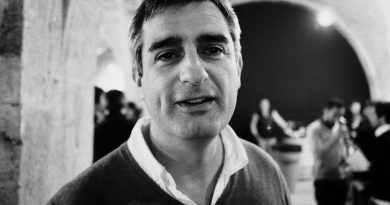 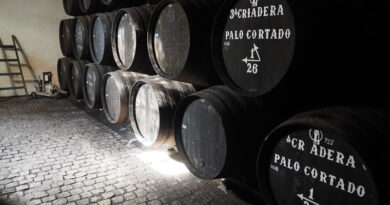