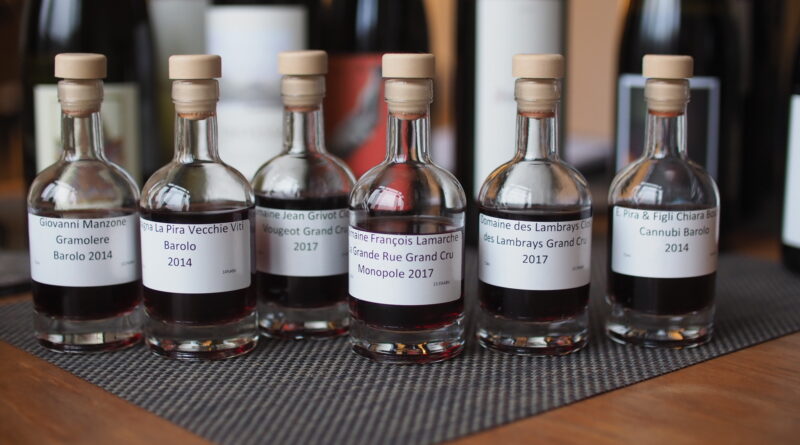 Vintage variation is one of the facets of wine that makes it so complicated, but also so engrossing. Most wines are born of a single growing season, and it leaves its imprint on the wine. More than this: there is the interplay between the grower and the season. Choices made in response to the weather of the year impact on how the wine tastes, just as the vintage does.

Fairly soon after harvest, conclusions are tentatively drawn about the quality of the vintage. These conclusions become the lens through which wines from that vintage are interpreted, when they are finally tasted. I’ve noticed this with winemakers too: if the growing season was tricky, they tend to trust their wines less, even if they taste amazing.

The idea of underdog vintages was the prompting behind this Zoom press tasting. It was a tasting of six wines, three each from Burgundy and Barolo, hosted by fine wine merchant Lay & Wheeler. The Burgundy underdog vintage was 2017, while for Barolo it was 2014.

Katy Keating, MD of Lay & Wheeler explained that in part this was an attempt to get this fine wine merchant back on the map a bit. They were founded in 1854 and until 2009 they were run by the same family. Then Majestic bought them in 2009, and they got forgotten a bit. It was a strange period, but in 2016 they began turning things around, and in 2019 they were bought by two families and have since begun to make real progress. Now they are growing and are profitable again, and are back to being a fine wine merchant.

The tasting was led by their two wine buyers: Robbie Toothill and Catherine Petrie. Why these vintages? ‘Linking Barolo and red Burgundy can seem a little on the cliched side,’ says Robbie. ‘But both share a single variety, and have an emphasis on terroir.’

‘There are some similarities between these vintages,’ he says. ‘Both have been ignored by the market and suffer from the myth that they are light wines only suitable for early drinking.’

Catherine introduced Burgundy 2017. This was the vintage she worked in Pommard with Comte Armand. ‘The whites have received recognition, but here we are looking at the reds which haven’t,’ she says. ‘2017 isn’t a bad vintage, but it has had a lukewarm reputation.’ The hallmark of 2017 reds is that they are perfumed, red fruited, with fine-grained tannins: classical Burgundy.

‘It was an uneventful, easy growing season, with little to mark it out,’ she says. ‘Summer was warm with some rain, so no heat stress or drought. A generous crop ripened under low disease pressure.’ After the previous frost-affected vintage, yields were variable, with some very low and some high. She says that at Armand, they were happy with the quality of fruit they brought in.

What the market thought it knew: light, early drinking vintages
What we believe: all the better for their classical balance – never mind what the market says

‘The criticism that it is dilute or without power comes from rain at harvest and high yields,’ she says. This is a premise that is too sweeping, says Catherine. ‘The rain came and went in a few days, and some picked earlier, some later, and some either side.’ The damage caused by the rain is patchy. But it is very far from the majority. ‘For top growers it meant a little bit more wine to go around – they are already low yielding.

Robbie talked about 2014 in Piedmont. ‘It was a rollercoaster,’ he says. A mild damp winter was followed by early budbreak, and then followed by a heatspike – an early harvest looked possible. ‘But June and July were really wet, with storms and some hail. September was cool, but with cool nights and no rain it was good for ripening Nebbiolo. For Nebbiolo, September is key, and this was followed by a dry October, and this saved the vintage. It was a bit later than average, but the vineyards had been 20 days ahead at the beginning of June. The naturally low yields and long hang time are positives, though.’

Domaine François Lamarche La Grande Rue Grand Cru Monopole 2017 Bourgogne
13.5% alcohol. 30% whole bunch, 50% new oak. Restrained and quite elegant, with some nice fine-grained tannins and has lovely red fruits with a juicy edge to the fruit. This is harmonious and well balanced with everything in place. Midweight and drinkable with good acidity. Everything is in its place. 93/100 (£475 per bottle in bond)

Domaine des Lambrays Clos des Lambrays Grand Cru 2017 Bourgogne
13.5% alcohol. 90% whole bunch, 50% new oak. This is deeply coloured and quite concentrated with sweet berry and black cherry fruits, good structure, and some subtle leather and herb notes. This is bold and quite powerful, with nice density. A lovely structured wine with intensity and weight, and also some lovely fruit. 94/100 (£170)

Jean Grivot Clos de Vougeot Grand Cru 2017 Bourgogne
13.5% alcohol. Destemmed, 50% new oak. This is really lovely: it’s supple and floral with lovely black cherry and plum fruit, with good structure. There’s some perfumed black fruit on the nose, and a touch of tar and spice, with some fine grained tannins. This is really elegant, but there’s also good structure too. Quite beautiful. 95/100 (£160)

Roagna La Pira Vecchie Viti Barolo 2014 Piedmont, Italy
14% alcohol. No new oak. Fine herbal hints on a cherry and berry fruit nose with some spicy framing. The palate has some leather and herb savouriness and a bit of grippy tannin, but also strawberry and cherry fruit. In a nice place now: the tannins have started to integrate and there’s a lovely concentration of fruit, with appealing savoury overtones. There’s fruit, there’s structure, there’s balance. 95/100 (£132)

Giovanni Manzone Gramolere Barolo 2014 Piedmont, Italy
13.5% alcohol. 10% new oak. Finely spiced nose with red cherries and plums, leading to a concentrated, structured, classical palate with nice bright red fruits and some herbs and spices. It has nice grippy structure, hints of gravel, spice and tar, and finishes dry. Good balance between the fruit and the structure. 93/100 (£31) 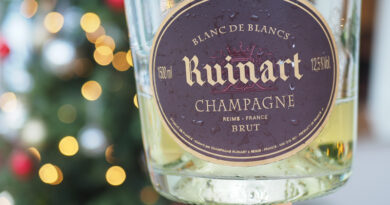 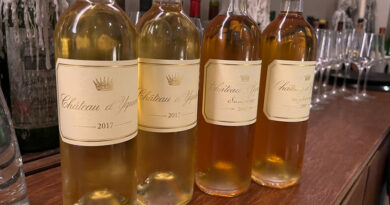 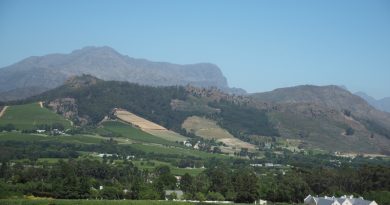 The best wines from Franschhoek