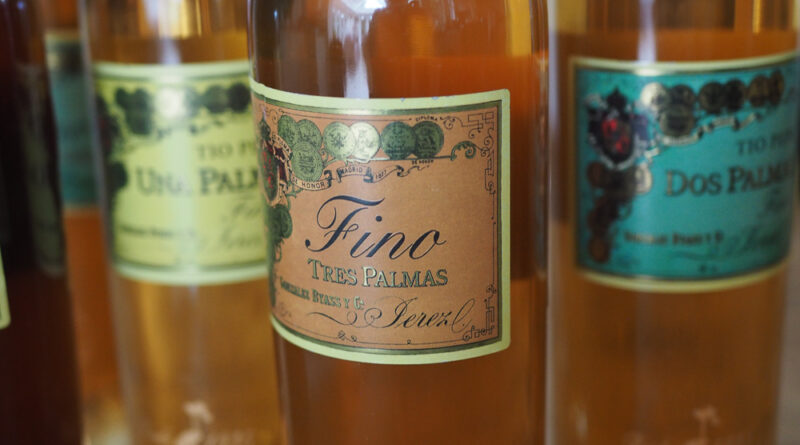 Back in 2011, Gonzalez Byass had a great idea. Winemaker Antonio Flores had been reading an old book about sherry, and in it there was an explanation of the Las Palmas classification of wines. Jamie Goode reports on a tasting celebrating 10 years of Las Palmas.

The Las Palmas sherries have their origin in the launch of Tio Pepe En Rama, which as a brilliant idea that Martin Skelton of Gonzalez Byass had a few years back. He wanted to capture the freshness and personality of a Fino taken straight from the barrel, without filtration or clarification. The traditional view is that these En Rama sherries don’t travel. ‘To send en rama outside Jerez raw is utter madness,’ recalls Skelton. ‘Everyone is saying that Gonzalez Byass is crazy. I was so proud to be able to show people wild Tio Pepe!’

En Rama was originally meant to be a one-off, for the UK market. But it took off, and now most bodegas are offering En Rama. The next step was to release another level of En Rama sherries, the Las Palmas.

The term ‘palma’ refers to the way cellarmasters classify the casks in their cellars. A palma is a particularly delicate, clean, pure fino or great quality. As this palma ages, it can then become dos palmas, tres palmas or cuatro palmas. But this is an internal, arbitrary classification, particular to each cellar master. The palma is marked on the cask with a slightly sloping line with the number of the palma indicated by branches coming from the top (one for una, two for dos and so on).

Where does fino end and amontillado begin? Amontillado can be made in one of two ways. The first, and probably best, is to allow the flor on the top of a fino to fade, and when it gets thin enough the wine begins to age oxidatively. It is then fortified to 17.5% alcohol at which point the flor will disappear altogether. The other is to simply fortify the fino to this alcohol level, killing the flor and kicking in the oxidative ageing process. Using the first method, there’s no strict distinction between fino and amontillado, as the biological and oxidative ageing processes overlap. The older finos are thus sometimes known as fino-amontillado.

Gonzalez Byass has around 600 barrels of very fine, older finos, and it’s from these that the En Rama and Las Palmas sherries are selected. Tio Pepe is usually 4.5 years old at bottling.

The other smart idea Gonzalez Byass had was to get well known, Sherry-liking journalists to help with the selection. The list of selectors is:

When I did the selection, my job was to select four barrels of 6 year old fino (Una Palma), three barrels of 8 years old (Dos Palmas), one barrel of 10 year old fino-amontillado plus a reserve (Tres Palmas), and one barrel for Cuatro (from one of four very old barrels of amontillado, around 50 years of age). Fortunately, we didn’t have to try all 600 barrels: Antonio had done a pre-selection.

Una Palma (2013 bottling selected by Sara Jane Evans)
15.5% alcohol. ‘It was a great piece of education,’ says Evans. ‘My tendency is towards amontillado, and this fino is coming into that position. The message we have been given is that fino and manzanilla don’t age in bottle. But keep the wine in a good place and it will taste terrific. This fino is so extraordinary.’ This is complex, lively and intense with a tangy edge to the powerful, somewhat salty woody, earthy, spicy palate showing citrus and apple fruit. Lovely freshness and complexity here: very dry and savoury with good concentration. Finishes long, but with a bit of softness, too. This is lovely. 93/100

Dos Palmas (2014 selected by Jamie Goode)
15.5% alcohol. Dos Palmas ages 8 years, not 6. Some of the barrels differ very much. The flor is less in some years, so it can be difficult to give it the right personality. Very complex, slightly cheesy nose with hints of lemon, herbs and fine spices. Fennel and chalk, too. In the mouth this has an elegance and a lovely saline twist with amazing complexity and freshness, showing herbs, wax, spice and orange peel. Quite thrilling. 96/100

Dos Palmas (2011 selected by Jancis Robinson)
Jancis says that it’s amazing that the wine is so vibrant on the palate, but it smells a bit older on the nose. ‘I had such a good time choosing it, under the strong guidance of Antonio.’ She says. ‘Sherry needs something new, something for us to write about,’ she says, congratulating them on renewing the category. Developed and delicious, with earth, spice and herbs. There’s some citrus brightness, but with warm spiciness and lovely complexity. Fringed with notes of herbs, vanilla and baked apple, as well as some citrus peel and earth. Cheese and herb notes too. Lovely complexity with depth and focus. 95/100

Cuatro Palmas (2015, selected by Michael Schachner)
21.5% alcohol. Very complex nose of burnt sugar, spice, marmalade and old furniture. The palate is amazingly complex with so many flavours! The acidity has concentrated along with the other flavour components, providing amazing tension to the notes of treacle, raisin, marmalade and lemons. So profound, this is a very special wine: it’s quite savoury and challenging, but in a lovely way. 97/100

Cuatro Palmas (2012, selected by Anthony Rose)
This is seamless and intense, with notes of earth, spice, leather and raisin. It’s massively concentrated with keen acidity under intense flavours combining old furniture with iodine, minerals and wax. Lovely complexity here, with layers of flavour. 95/100

Tres Palmas (2016, selected by Gerrard Basset)
16% alcohol. This is very bright and focused, but also has lovely complexity, with layers of savoury interest. Quite salty and dry, with nuts, minerals, some earth and iodine, and a juicy, citrus edge. Not terribly showy: just refined and linear, with lovely precision, and some appealing bitter notes on the finish. 95/100

Dos Palmas (2017, selected by Pedro Ballosteros)
15.5% alcohol. Herbs, candlesticks, incense, camomile and citrus peel on the nose. Still quite fresh. The palate is warm and expressive with some richness. There are some bass notes here: there’s a touch of salinity, but the richer notes of pear, baked apple and pastry dominate. Nice harmony, but certainly in a broader, richer style. 94/100

The 2017 Dos Palmas has 319 mg/litre of acetaldehyde. Acetaldehyde tells you about the level of the yeast when the wine was bottled. This wine would still be called a Fino, not an Amontillado, because there was flor throughout the entire ageing.

Tres Palmas (2018, selected by Natasha Hughes)
16% alcohol. Complex, spicy and intense with some orange peel notes and also a bit of apple and old wood. Lovely focus and intensity with a tangy edge to the salty lemon fruit with lovely leather, iodine and herb complexity. Finishes long with some warmth and spice. I love the complexity here: it’s tasting quite like an Amontillado, and it’s fabulous, with a nice bite on the finish. 94/100

Una Palma is a selection of three casks. When these wines were selected the level of acetaldehyde in them was quite similar. It’s interesting to compare these two Una Palma wines bottled six years apart, after having been aged in cask for six years.

‘My favourite style of sherry is old Fino,’ says Peter Liem. ‘I was selecting wines that were older, that demonstrated these aromas of age. In bottle what really surprises me is how fresh these aromas can be. I always thought that I didn’t like acetaldehyde, but in Finos of this age I gravitate to higher acetaldehyde levels without you realising it.’

Una Palma (2019, selected Peter Liem)
15.5% alcohol. This is brilliant. It’s vital and fresh with a salty tang to the bright lemon and pear fruit, with some apple hints, a bit of salinity, and also a bit of peach/apricot richness, which melds well with the subtle woody hints and the complex marmalade. Very assured with some depth and richness, but also lovely freshness. 95/100

Tres Palmas (2020 selected by Ferran Centelles)
This is complex, lively and nicely intense with some amazing focus. Citrus, apple, minerals, smoke and a bit of cheese. There’s nice precision with lovely depth of flavour and a real vitality to it. I love the precision here: it’s very fine and expressive. Tapering, salty finish with some appley character on the finish. Bakery, yeasty notes adding interest. This could age really well in bottle, too. 97/100 (Very high acetaldehyde of over 500 mg/litre) 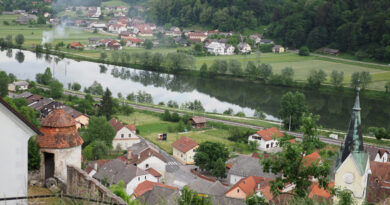 Exploring Blaufränkisch at the Blue Frank Think Tank (1) the presentations 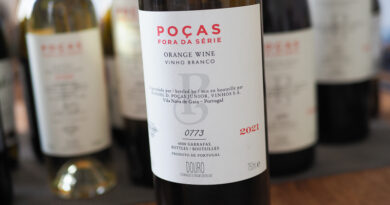