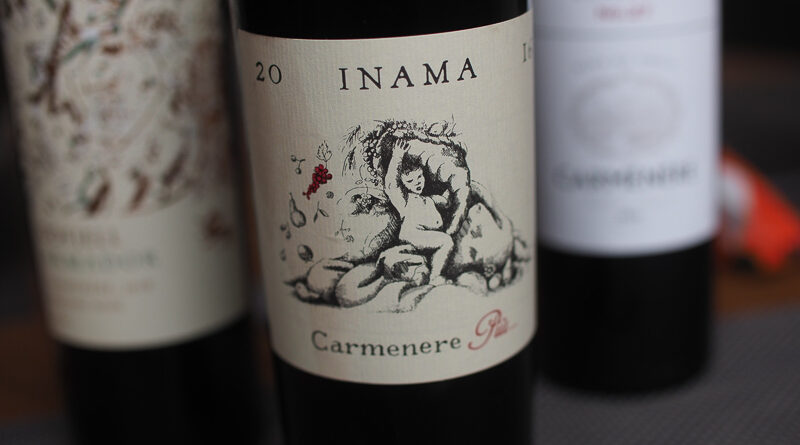 Lisse Garnett reports on this Coelocanth of grape varieties. Once a major Bordeaux variety, Carménère was wiped out in the region by phylloxera and not replanted, but reports of its extinction were premature, with major plantings existing in Chile but under a different name. Wine notes by Jamie Goode.

Once a prized pearl in the Medoc crown, this princeling—sired by Cabernet Franc—was the lead grape in 18th Century Bordeaux blends. Alas, it lost favour because of its susceptibility to coulure which results in cripplingly low yields. Worse, it did not take well to grafting unlike its sibling Cabernet Sauvignon. So, it was ditched and largely forgotten aside from a few rumoured outposts in Northern Italy. But this tale has a twist—Carmenère had not been extinguished but erroneously exiled to another continent, far away in the Southern Hemisphere. [A note on accents: in France, it is Carménère, but in Chile it is often Carmenère.]

In 1994 ampelographer Jean Boursiquot of Montpellier University visited Viña Carmen in the Maipo Valley and noticed that the Merlot there was unlike any he had seen before. Strangely coloured shoot tips and twisted flowers prompted him to investigate. He discovered that as much as 90% of the slower-ripening ‘Merlot’ grown in Chilean vineyards was actually Carmenère, a variety he had never encountered in a vineyard before, and which had made the journey to Chile before phylloxera had all but wiped it out in Europe.

Carmenère cuttings had been taken to Chile from Bordeaux, most likely in the 1850s, and mistakenly labelled as Merlot. Often co-existing in field blends planted to make Bordeaux-style reds, the late ripening Carmenère was understood to be a local mutation and labelled as late harvest Merlot, Merlot Peumo or Chilean Merlot. Carmenère was officially recognised and relabelled by The Chilean Department of Agriculture in 1998. There are over 10 000 ha of the variety growing in Chile today.

Chile takes pride in this grape and produces some exquisite examples. Colchagua, Cachapoal, Maipo and Maule are the main areas of production and the finest is grown in well-drained soils at the foot of the Andes mountains. It’s prudent to note that wines labelled thus can contain up to fifteen percent of another variety. Many of Chile’s icon wines include a good slug of Carmenère in their blends.

Camenère is known for its potential for pyrazine flavours, arguably symptomatic of under-ripe grapes. This is not the opinion of all growers: many view vegetal flavours as characteristic of the variety. Controlling vigour is important for this richly canopied grape, and fertile soil may divert attention from fruit to leaf growth. Being mistaken for Merlot was not ideal, because the two varieties are very different: Merlot ripens early, and requires much water and shade, whereas Carmenère needs a long dry ripening season.

Stylistically Camenère tends to create wines with seductive perfume; raspberry, blackberry and rounded plum fruit; spice; and an elegant freshness together with a savoury soy, celery character. Perhaps, most distinctly, it is capable of making lush reds with soft velvety tannins. It is not a high acid grape so freshness is important, and when it is allowed to ripen fully high pH can be a winemaking issue. Cooler climates might deliver earthy notes with crunchy green pepper and red fruit. Fashion favours a balance of nuanced herb, pepper and rich fruit combined with higher acidity and lower alcohol. Carmenère is seen as a classic blending partner for Cabernet Sauvignon, Merlot and Cabernet Franc.

Washington State’s Walla Walla offers a small but growing number of Carmenère junkies but there is still so little that it has yet to receive a distinct category in the state’s grape census. California, South Africa, Australia and New Zealand have tiny amounts too. After Chile, Italy has the second largest plantings of Carmenère, which is authorised for use in several North Eastern DOCs in the Veneto region, Sardinia and Treviso. About 1000 ha exist; varietal bottlings are rare but can be found.

The only other place with a meaningful amount of Camernère planting is China where it is known as Cabernet Gernischt, although there is some ampelographical confusion here.

Marks & Spencer Classics No 27 Carménère 2019 Rapel, Chile
13.5% alcohol. This has a sweet pastille blackcurrant nose with some floral notes and a hint of rubber. The palate has fresh, sweet fruit, with some herbs and cedar, and notes of chalk and spice. Melted wine gum. There’s a bit of savouriness on the finish, as well as some green. It’s good for the price. 86/100 (£8 Marks & Spencer)

Las Mercedes Singular Carménère 2017 Maule, Chile
13.5% alcohol. This is gravelly and dark with blackcurrant and blackberry fruit, as well as some green notes beautifully integrated into the fruit. Sleek with lovely berry fruits and a fresh green edge. There’s also a lovely chalky character on the palate. Benchmark Carmenere. 92/100 (UK agent Las Bodegas)

Odfjell Armador Carménère 2018 Central Valley, Chile
14% alcohol. This is organic, from two vineyards: 85% Padre Hurtado (piedmont alluvial soils) and 15% Tres Esquinas (red clay loam). This is intense and murky, and smoky and dark. It has concentrated black cherry and blackcurrant fruit with a slightly ashy, gravelly undercurrent and a nice sappiness. This is concentrated with a nice marriage between the greenness of Carmenere and the ripe, sleek fruit, with some wild notes added into the mix. 90/100 (£11.50 Connollys)

Locos Muertos Carmenere 2017 Maipo, Chile
13.5% alcohol. Made by De Martino. This is fresh, supple and beautifully balanced, with some plum and cherry notes, as well as a bit of blackcurrant. Really nicely weighted, this reminds me a bit of a top Bordeaux, with subtle green hints under the fruit and good structure. 90/100 (£14.99 Virgin Wines)

Inama Carmenere Più 2016 Veneto Rosso, Italy
13.5% alcohol. This is dark, savoury and gravelly, with some chalkiness, but there’s enough juicy cherry and blackcurrant fruit here with some grippy notes. There’s a hint of pepper here. It’s properly ripe, without overt greenness, but it doesn’t stray into the sweet fruit spectrum. Grainy, savoury, supple and delicious, with a bit of oak. Carmenere with more than a hint of elegance. A savoury, Bordeaux-like red. 93/100 (£16 Connollys)

Paserene Marathon 2013 Western Cape, South Africa
This is the first vintage. It’s included here because it is 50% Carmenere (from Darling) blended with Petit Verdot from Tulbagh. Fresh, juicy and vivid with bright berry and cherry fruits and some savoury, dusty structure. There’s a floral edge and some elegance with nice purity to the fruit. There’s some freshness here, but also nice silky warmth with a sense of elegance along with the ripe fruit. Has some iodine and blood savouriness, and is nicely soft. 93/100 (UK agent Nekter) 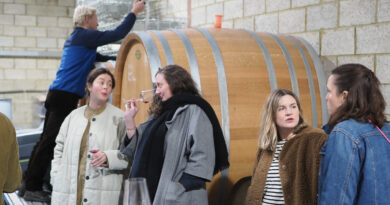 New releases from Tillingham, one of the UK’s most interesting wineries, plus a look at the 2022s in the winery 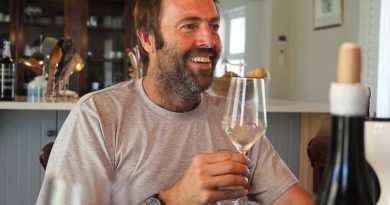 In the Swartland with Eben Sadie (2) in the cellar, and tasting the wines 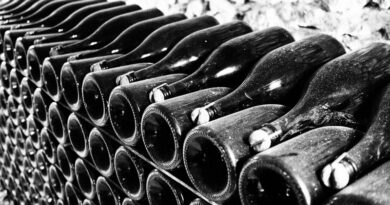 Outside of its consumption, wine has no meaning