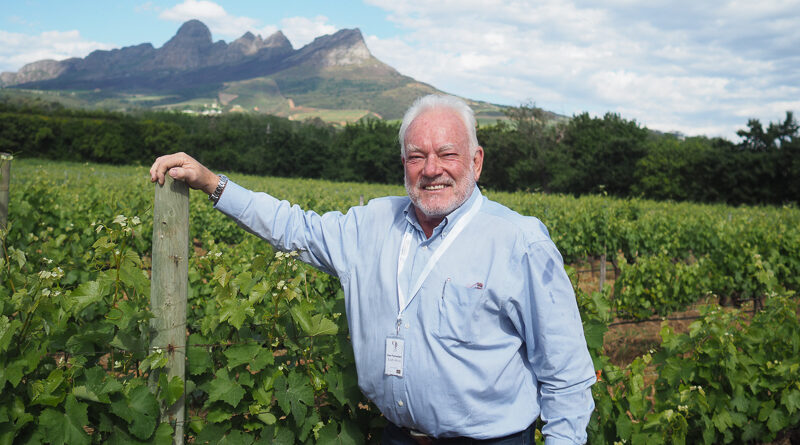 I’m sitting with Ken Forrester outside his tasting room on a sunny November afternoon, looking across one of his vineyards (this one planted to Chenin in 1974), looking across to the Helbderberg. All is well with the world. We begin to talk about how he got to where he is today.

Ken, commonly referred to as Mr Chenin, began his career in hotels, after training in hotel management. But then he was drafted for the military and was sent to war in Angola, 1976-1978. What did he do there? ‘I tried to stay alive,’ he says. ‘I had three guys in my platoon shot, but all three survived. We had five tours in two years. It was the best times and the worst times.’

In fact, Ken did have an out, which would have been to go to London. He had a letter of recommendation from the general manager of the President Hotel in Johannesburg where he was working at the time, which was part of the Trust House Forte group in London. ‘I went to my dad, and said I’m not going to the army, I’m going to London to start a career,’ Ken recalls. ‘He said that would be a pity because they will never let you back into this country without arresting you, and we don’t have the money to come and visit you.’ This swayed his decision.

After the army he went back to the hotel group. They’d kept his job open, but there was new management, and they began to make his life difficult, so he left and began working with a friend of his who had a restaurant. Ken looked after the restaurant for his friend while he was away. ‘He came back and said it was the best profit he’d seen, and this opened a door for me – he let me in as a partner.’ His father was horrified, but Ken finally bought the restaurant, then opened another, and opened another. He got to the age of 35, married, with one child and a second one on the way, and then came down to a wedding in the Cape. ‘I took my wife on a tour of all the people I was buying wine from, because you had to order individually from each person,’ he says. He was having dinner with Jannie Engelbrecht of Rust en Vrede, and asked whether there were any run down properties for sale that needed some TLC. Jannie told him about the property he now owns.

So he bought this property with his wife Theresa back in 1993. ‘Mr Mandela was out of jail and the white folks thought this was coming to an end,’ he recalls. Many of his friends were planning to leave. ‘I said to my wife, let’s buy the biggest piece of land we can’t afford.’ Ken was 35 years old at the time, and this was to be a life-changing moment. He’d bought a run-down house dating back to 1694 (it took a year to renovate; the walls were one metre thick in places) and 38 hectares of vines.

The property had been sitting in limbo for six years before he brought it at auction, and the vineyards were in a sorry state. A farmer had been employed by the bank to look after them and maintain the property value, and this farmer had also taken the grapes. When Ken brought the farm, this farmer came to see Ken to inform him that he’d be harvesting the grapes again that year. Ken told him that wasn’t going to happen!

The best-tasting fruit on the farm at the time was Sauvignon Blanc, so his first wine was a 1994 Sauvignon made with the help of Mike Dobrovic. He’d picked two tons of fruit and managed to find six used white barrels which he got from Kevin Arnold. Chenin Blanc was to follow in 1995.

In 1994 and 1995 Ken had worked with Bernard Germain, and his sons Philippe and Thierry, and Château de Fesles in the Loire. ‘They were light years ahead of their time,’ says Ken. ‘They put Chenin Blanc on the label and declassified the wine. Bernard was a real visionary, but eventually he was run out of town.’ This is where Ken began learning about Chenin Blanc, a variety that he’s helped to make more famous, and which is intrinsically linked to him. 60% of his production is Chenin Blanc.

The first few years after starting the new business were hard going. ‘Our risk was that we bought in the worst possible market when the property market had crashed completely, people expected South Africa to dissolve,’ says Ken. For a few years the financial future of the business was uncertain, until he got a big order from the UK in 1996. ‘It wasn’t until Steve Daniel from Oddbins, after 9 months of perpetual badgering, came to South Africa and gave us an order that literally turned us into a business. We had a tasting in our dining room (we didn’t have a tasting room) and by the time he left that afternoon, he walked out the door and I was shattered, it was an amazing moment.

Also that year, the 96 Winery Road restaurant was opened on the farm. ‘I opened the restaurant in 1996 because I was desperate: we had no income from the wine business.’

As well as his 38 hectares of vines, he’s also leasing a further 54 hectares – all his vines are either owned or leased, and viticulture is organic. Together with hand harvesting, he thinks that the extra work employs a further 40 people, and he sees this as an important contribution socially.

The jewel in the crown here is the FMC vineyard, planted in 1970. For 15 years they have studied the site using drones and multispectral imaging. ‘It’s fascinating stuff,’ says Ken, ‘and reconfirmed what we already knew.’ This knowledge allows parcellation of the vineyard and selective picking: they go through 10-14 times during vintage.

Ken Forrester Sparkle Horse Cap Classique 2019 Stellenbosch, South Africa
12% alcohol. This traditional-method Chenin comes from 1974 plantings on the farm and spends 28 months on lees. Lively and focused with lovely citrus fruit, some green apple and a bit of pithiness. Tart and appealing with nice precision. 90/100

Chenin Blanc Pet Nat 2022 Stellenbosch, South Africa
Disgorged with no dosage, this is a method ancestrale bottled while the juice is still fermenting. No additions at all. Lovely fresh fruit here: dry and refreshing with focus and purity. 89/100

Ken Forrester Stained Glass Methode Ancestrale 2021 Stellenbosch, South Africa
This is a pink colour and has fresh raspberry and cherry fruit with nice precision. It’s dry and fruity with a hint of bitterness. Very fresh and expressive. 89/100

Ken Forrester Old Vine Reserve Chenin Blanc 2022 Stellenbosch, South Africa
This is a wine that has been made since 1995, with influence from Bernard Germain. Germain poited out to Ken that the sun-ripened Stellenbosch fruit had golden berries on the outside and green ones on the inside, so he needed to focus on fruit purity in winemaking. 80 000 bottles are made of this wine each year and it retails for 160 R. Half is barrel-fermented and half tan. Textural and supple with lovely fruit. Delicate and fine with a subtle spicy edge to the fruit. Youthful and tight, but this has only just been bottled. 93/100

Ken Forrester Chenin Blanc 2000 Stellenbosch, South Africa
This is a piece of history: it comes with a lipped rim and is cork sealed. Golden colour with some rich apricot, and notes of honey, marmalade and citrus. Juicy and lively with lovely freshness and some spicy botrytis character. I really like the fruit: mandarin, lemon and a touch of lanolin. 95/100

Ken Forrester The FMC 2021 Stellenbosch, South Africa
This is barrel fermented, and the fruit is picked in 11-14 passes through the vineyard, which was planted in 1970 on the farm. Overall, around 40% new oak. No sulfites are added until after primary fermentation has finished, when the wine is moved to tank, the barrels are cleaned and then the wine goes back in: malolactic is avoided. There’s a little bit of sweetness which comes from any barrels that stick, and which are then marked and used to blend to the right sugar level (this can range from 5-12 g/litre). Powerful and expressive with lovely pear, apricot and peach fruit, as well as some spicy notes and a hint of honey, as well as just a little sweetness. Very expressive. 94/100 (SA retail is R650)

Ken Forrester The FMC 2014 Stellenbosch, South Africa
Powerful with lemon and lime oil notes on the nose as well as pear, peach and apricot. Lovely richness here but also freshness. Has a bit of toasty development with crystalline citrus fruit and layers of flavour. 94/100

Ken Forrester Kustard Pie 2021 Stellenbosch, South Africa
This is a single-barrel selection of FMC made for Franck Dangereux, a chef. Crystalline, fresh and juicy with lovely purity and precision. Supple and refined; pure, bright and linear. 95/100

Ken Forrester Dirty Little Secret FOUR NV Piekeneerskloof, South Africa
From a vineyard planted in 1959 at 650 m, looking on the Atlantic some 20 km away. Huge diurnal shift in temperatures here. This is a non-vintage blend of five vintages, and until edition four it was all kept in separate barrels, now it’s in a solera. Complex aromatics of mandarin, lemon and pear. Supple and fine with amazing texture and real finesse. Very fine with a slight chalky, mineral layer to it. 96/100 (SA retail is R1000)

Ken Forrester Dirty Little Secret THREE NV Piekeneerskloof, South Africa
Toast, spice, honey and a touch of lime on the nose. The palate is crystalline and refined with apricot, mandarin and lovely green hints. Poweful and bold but with a mineral edge, showing perfume, focus and purity, with a lot of personality. 95/100

The Misfits Cinsault 2020 Piekeneerskloof, South Africa
Sold only in the tasting room this is made by Shawn Mattyse, Ken’s winemaker. Half whole bunch, this is juicy with cherries, plums and some raspberry. Expressive and bright with high acidity under the precise red fruits. Juicy and vibrant. 93/100

The Misfits Grenache 2021 Stellenbosch, South Africa
Supple and fresh with lovely raspberry and cherry fruit. Tart with lovely red fruits to the fore and nice brightness. 93/100 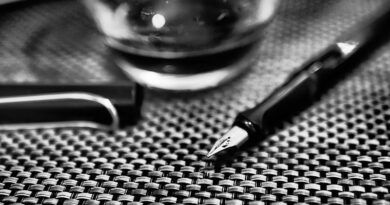 Does anyone still need wine writers? 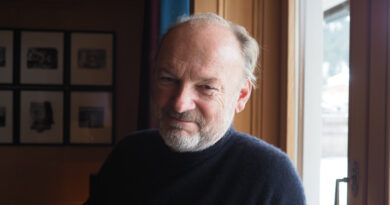 The wines of Roland Velich, Moric, the master of Blaufränkisch 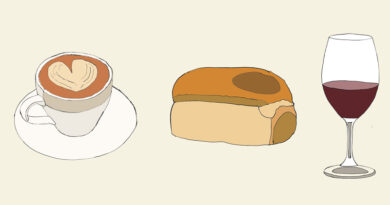 Australia day is a great excuse for a wine lunch, and once again a crew assembled, bringing special bottle of