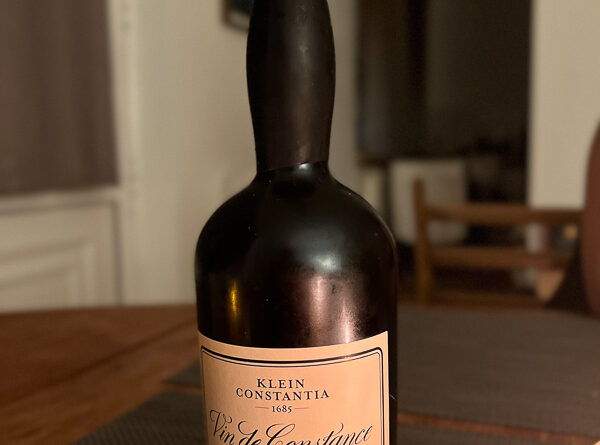 Back in the 1980s South African winery Klein Constantia revived a piece of vinous history. In the 18th and 19th centuries, Constantia was one of the world’s great sweet wines, but it disappeared with the phylloxera crisis in the late 19th century. Since 1986, though, the Klein Constantia winery has been making a sweet Constantia which they have labelled Vin de Constance. It’s based on the original wines that were made here, and which became famous in the 18th and 19th Centuries, only to disappear with the crises of the two mildews and phylloxera in the 1890s.

When the Jooste family bought the property in 1980, they were approached by a Stellenbosch Univeristy viticulturist, the late Professor Chris Orffer, who encouraged them to try to recreate the historical sweet wine. They agreed, Orffer helped them, and through the skill of the winemaker at the time, Ross Gower, they succeeded.

Many of the world’s famous sweet wines are either fortified (fermentation is stopped while there is still sugar in the must by the addition of spirit), or are made with the help of a fungus called Botrytis that attacks the already ripe grapes and concentrates the sugar and flavour (this is also known as ‘noble rot’). But the historical Constantia wine is made from allowing the grapes to stay on the vine a long time and achieve very high levels of sugar, in part through desiccation and raising of some of the berries, a process known as ‘late harvest’. It was likely made of a grape variety called Muscat. So, for the sake of historical accuracy, Vin de Constance is a late-harvest style made from Muscat without botrytis. This variety had disappeared from the vineyards, so it was replanted in 1982, and the first new era Constantia was the 1986 vintage, released in 1990.

Normally, late-harvest wines can be a little simple. So the winemaking team had to work out a special protocol for making a complex, world class late-harvest wine. First, 10% of the grapes are picked early, to make a base wine at 12.5–13 % alcohol with good acidity. Then they go and pick any already-raisined grapes. The remaining grapes are left to accumulate sugar, and leaf removal exposes the fruit to the sun, which helps more of them to raisin. Then, the big pick takes place in three passages through the vineyard. Altogether, around 10% of the crop will be raisins. The key stage is extracting the flavour and sugar from these shrivelled berries, and to do this some of the first-made base wine is used and the raisins slowly release their flavour. Then the skins are pressed quite hard, because tannins from the skins, normally a key part of red wine flavour rather than white, are important to the style. The wine then spends about four years in barrel until it is clear and ready to bottle. The result is a very complex, very sweet wine with astonishing ageing potential.

The original Constantia estate was huge, and a long time ago was split into a number of different properties. Since Klein Constantia released their Vin de Constance, neighbouring estates have joined the game: Groot Constantia followed in 2003 with their Grand Constance, and Buitenverwachting have their 1769.

Klein Constantia Vin de Constance 2018 Constantia, South Africa
14% alcohol. Beautifully aromatic with notes of grapes, lychee and some crystalline citrus, as well as a hint of barley sugar. The palate shows great concentration and sweetness with grapes, honey, spice and a twist of orange peel and apricot. There’s a bit of structure here under the mass of sweet fruit. So impressive: still very primary and sweetly fruited, but with potential for development for many years. 95/100

Klein Constantia Vin de Constance 2017 Constantia, South Africa
14% alcohol. This is just remarkable. Quite pale in colour, it has a pure, enticing nose of sweet citrus, table grape, a hint of marmalade and some peach and apricot tropicality. In the mouth, this is complex and intense – almost viscous – with fresh citrus and table grape fruit, showing a bit of spice and marmalade, some peach skin and honey. The finish is endless: the purity of this wine is astonishing, but it’s not at all cloying, with some spicy phenolics adding the required detail, and a bit of alcoholic warmth. One of the world’s great sweet wines: you can cellar this with confidence. 96/100

Then we had an amazing treat. We got to try the 1875, which is one of the last wines of the old era of Constantia sweet wine. The analysis on this wine showed that it was a natural sweet, not fortified: it had 14.7% alcohol and 220 g/l sugar, and from the bottle, it was probably bottled in Europe from a barrel that was shipped.

Constantia Sweet Wine 1875
Aromatics of leather, spices, old furniture. Raisins and table groups with some honey, too. Lovely aromatics: sweetly smelling and quite pristine. Honeyed and smooth on the palate with real harmony, and notes of barley sugar, grapes, stewed raisins, bread pudding and smooth honeyed harmony. There’s lovely weight here. Such a treat to drink this. 96/100 (it seems silly to rate this) 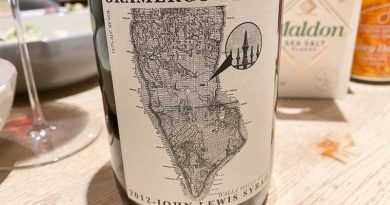 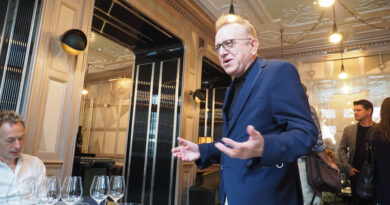 From Champagne to sake, Richard Geoffroy starts a new chapter with IWA sake 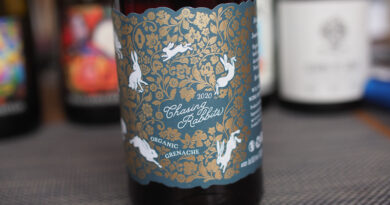